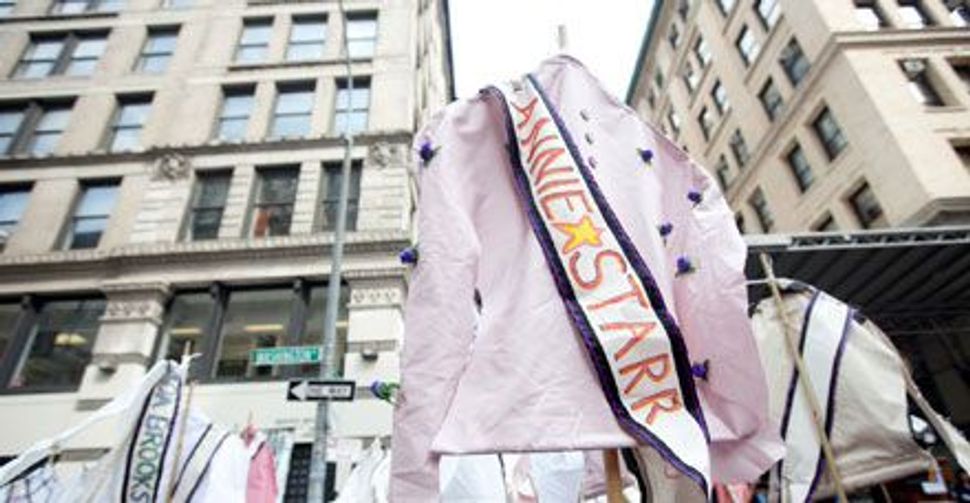 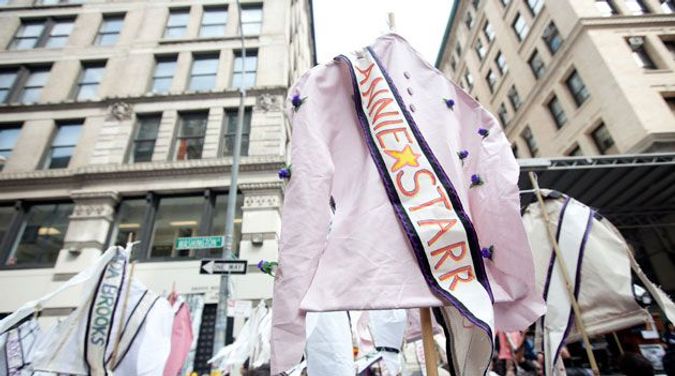 Marchers carrying symbolic shirtwaists hung on poles marched through the streets of Manhattan Friday on their way to a ceremony marking the 101st anniversary of the Triangle Shirtwaist Factory Fire.

The ceremony is held annually outside the building on Washington Place and Greene Street, where 146 workers lost their lives when a fast-moving blaze swept the eighth, ninth and 10th floors of the garment factory on March 25, 1911. Most of the workers were young immigrant Jews and Italians who lived in nearby tenements and had come to America in search of better lives.

More than 60 of the victims jumped from ninth floor windows to their deaths on the pavement below, to the horror of hundreds of onlookers who had gathered after spotting the smoke billowing from the windows.

At the annual ceremony, the name of each victim is read aloud and a flower is placed on the sidewalk in memory. A fire engine’s ladder is raised against the former Asch Building, but it stops short of the floors where the fire occurred. That dramatizes the fact that ladders at the time were not tall enough to reach those on the upper floors of the building, a critical safety shortcoming. The former loft factory is now a classroom and administrative building owned by New York University and is called the Brown Building.

The anniversary commemoration was organized by Workers United/SEIU. In the aftermath of the 1911 blaze, the International Ladies Garment Workers Union grew from a fledgling union to one of great strength.

The tragic fire spurred the passage of a raft of fire and worker safety laws, first in New York state and later throughout the nation.