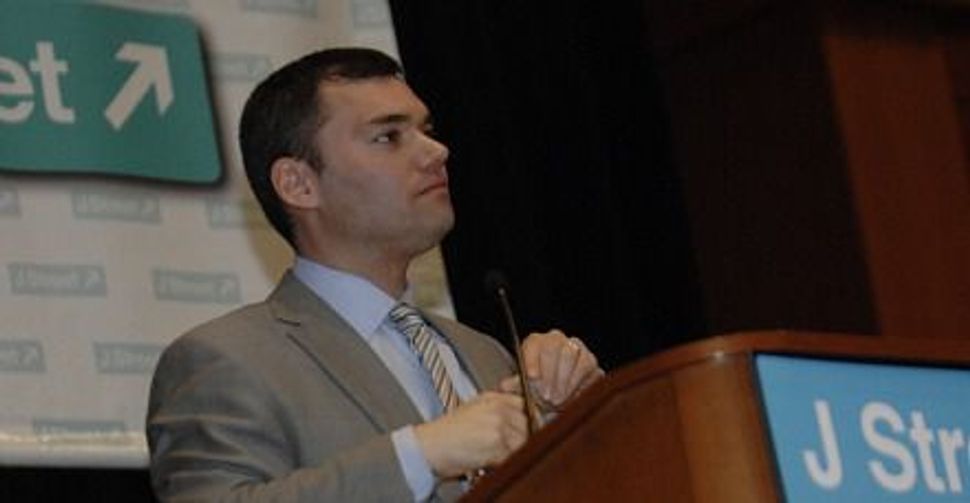 Living up to its promise of bringing together a “big tent” of Jewish opinions, J Street has chosen to highlight at its conference speakers whose views at times exceed the dovish lobby’s comfort zone. 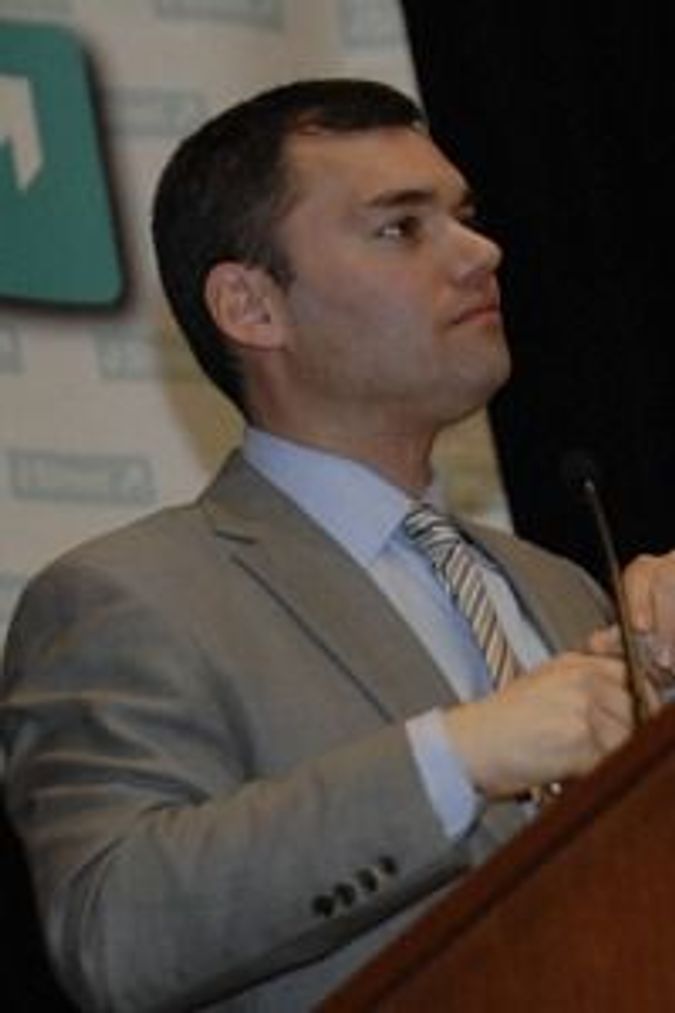 In its Sunday evening plenary session, J Street gave the stage to author and journalist Peter Beinart, despite his call for a boycott on settlement products; that boycott was opposed by J Street.

“We are open to airing opinions with which we disagree,” said the lobby’s president, Jeremy Ben-Ami, as he introduced Beinart to a crowd of some 2,500 J Street activists who had gathered in Washington for the three-day conference.

Despite a clear rejection of the boycott idea by J Street and the across-the-board criticism from the Jewish establishment, Beinart made clear in his answers to audience members that he does not regret the call he made for a “Zionist BDS,” a term he coined to distinguish targeting West Bank settlements from the Boycott, Divestment, and Sanctions movement, which takes aim at the entire state of Israel.

The Sunday night event also served as the official launch event for Peter Beinart’s new book “The Crisis of Zionism.”. Participants, even those who say they support J Street’s rejection of Beinart’s call for a partial boycott, gave the author a warm welcome.

“I’m personally not comfortable buying settlement products, I empathize with why he is saying that, but on a political action level I think J Street needs to keep on taking the approach it’s been taking,” said Rainer Waldman Adkins, chair of J Street’s Seattle branch.

Beinart, in his J Street address, also repeated his call for changing U.S. tax rules so that charitable contributions to West Bank settlements will not be deductible.

He argued that giving up Israel’s democratic character, a likely outcome of rejecting the two-state solution, would spell the end of the Jewish state. Beinart also called for providing more space in the public discourse for critics of Israel.” Any Jewish leader who conflates disagreement in policy with anti-Semitism should be fired,” he said.

The theme woven throughout J Street’s conference is an attempt to define the “future of pro-Israel” in terms that will be more in line with the group’s liberal beliefs. To help make the case, the dovish lobby featured Donniel Hartman, an Orthodox rabbi who heads the Shalom Hartman Institute in Jerusalem and is hardly the usual suspect for liberal advocacy.

Rabbi Hartman, while making the case for self-defense as a moral obligation of the Jewish people, called for a “nuanced conversation” on the use of power and the need to make room for other voices in the pro-Israel field. “If we’re going to learn to love Israel together we’re going to have to contract,” he said, “to contract our certainty, to contract our language.”

It was a more cautious formulation of a message delivered a day earlier by Israeli author and Amos Oz, who said in a speech opening the J Street conference, that “no one can claim Zionism for themselves.” Oz, however, did not leave any room for doubt regarding the views thinks American Jews should adopt when supporting Israel. “Let us all be united,” he said, “but why unite under the militant, hawkish, extremist banner of AIPAC?” he asked, referring to the American Israel Public Affairs Committee.

The J Street conference, which is taking place at the Washington Convention Center, is populated by many young activists. College students make up nearly a quarter of the participants. While at the lobby’s first and second annual conferences, much was made of the presence of activists from the far left, this criticism seems to have subsided as J Street gradually inched closer to the center and more radical activists found their way out of the organization.

An outcome of this moderation is growing cooperation between the lobby and Israel’s embassy in Washington. When J Street was founded, nearly four years ago, it was shunned by the embassy and by other officials from the Israeli government. This year, Israel’s second-in-rank diplomat in Washington will address the gathering.

“They have said some positive things,” said an Israeli official, who noted the group’s opposition to all types of boycott, including the limited measures offered by Beinart, and its opposition to last year’s Palestinian bid for statehood, as positive steps.

Landing a high-level speaker from the Obama administration, however, proved to be a difficult task. The White House, will send Tony Blinkin, who is the national security adviser to vice president Biden, and Valerie Jarrett, senior adviser to President Obama.

Earlier this month, when AIPAC held its annual conference, the administration was represented by President Obama himself as well as by Defense Secretary Leon Panetta.