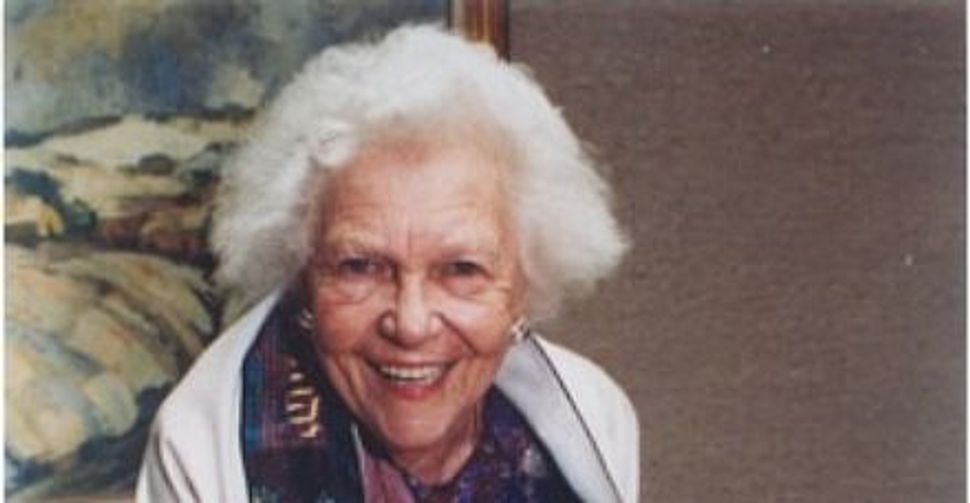 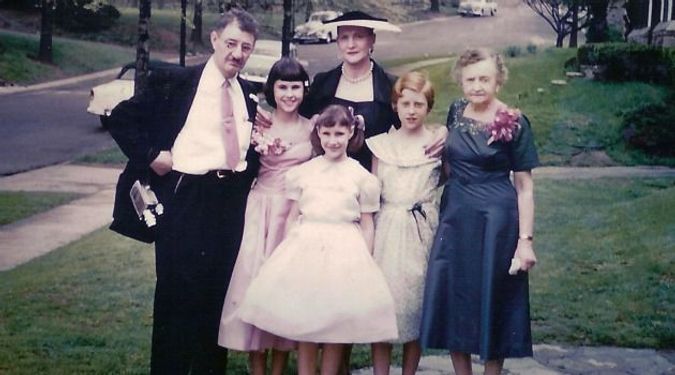 Celebrating Through Years: The Hyman family celebrates a bat mitzvah in 1955. Image by courtesy of judith hyman darsky

It has been 90 years since Rabbi Mordecai Kaplan had his eldest daughter, Judith, stand before his congregation and read part of the week’s Torah portion in Hebrew and in English — making her the first American girl to publicly celebrate her bat mitzvah.

It was nothing like bat mitzvahs of today: She read from a Bible, rather than from a Torah scroll; she stood at the front of the congregation, but not on the bimah. But it took place in an era when there were no women rabbis, of course, and virtually no synagogue leadership possibilities outside of the women’s auxiliary.

While Judith Kaplan Eisenstein would later say that the ceremony didn’t mean much to her, the occasion set a precedent that would ultimately help transform Jewish ritual and open the door to an expansion of women’s synagogue leadership roles. Bat mitzvah has “evolved from a radical innovation to a nearly universal American Jewish tradition,” according to a new exhibit charting its transformation.

The exhibit, “Bat Mitzvah Comes of Age,” opened on March 6 at the Jewish Community Center in Manhattan, just 10 blocks from where Kaplan Eisenstein’s groundbreaking bat mitzvah took place, at the Society for the Advancement of Judaism, on March 18, 1922.

“We want to show that here we have 12-year-old girls really stepping forward with their parents and clergy, helping change the face of Jewish life,” said Deborah Meyer, the executive director of Moving Traditions, which creates programming about Judaism and gender for teens.

And step forward they did. For many of the women whose stories are featured in the exhibit, celebrating their bat mitzvah helped them find their voice as Jewish leaders.

As recently as the mid-1970s, in many Reform and Conservative congregations, girls were required to celebrate their bat mitzvah on Friday night — not on Saturday morning during the main Sabbath service, when the Torah is read. They would help lead services, chant Haftorah and give a small sermon.

That wasn’t enough for Sally Gottesman, who in 1975 celebrated her bat mitzvah at Temple Shomrei Emunah, a Conservative synagogue in Montclair, N.J. “I wrote a letter to the rabbi saying ‘If not now, when?’ quoting Hillel,” says Gottesman, a co-founder of Moving Traditions, in audio that accompanies the exhibit.

Her rabbi consulted with the ritual committee, which agreed with the girl. But the shul’s regular cantor wouldn’t officiate. And when Gottesman was called to the Torah that Shabbat morning, a synagogue member got up and walked out in protest.

But she had her bat mitzvah. “It taught me that Judaism could change, and that I can play an active part in its evolution,” Gottesman said.

Moving Traditions created the exhibit in conjunction with the National Museum of American Jewish History in Philadelphia. After closing at the JCC on April 27, the show will travel to small Jewish museums and to synagogues and JCCs around the country.

The exhibit features a timeline of bat mitzvah milestones, from Kaplan Eisenstein’s bat mitzvah to the present day. Visitors can also access audio recordings from their cellphones on which women from each decade talk about their bat mitzvah memories.

Diane Trilling, who turns 80 this year, celebrated her bat mitzvah in 1944, at Congregation Shaarei Torah in Brooklyn, after preparing for the ceremony at Hebrew school. “My Uncle Joe would scold my mother, in Yiddish: ‘A poor woman like you sends your daughter to cheder? What could be a worse shande?’” she recalls in the accompanying audio. Pearl Hochstadt, who along with Trilling and another girl celebrated her bat mitzvah that day at Shaarei Torah, said: “It was not a big affair. My parents were too busy to come to it.”

That’s hard to imagine, today. But it’s also hard to imagine that Kaplan Eisenstein, Trilling or Hochstadt could have predicted at their bat mitzvahs the leadership role that is available to girls today.

Eve Gertzman, who celebrated her bat mitzvah just a year ago, when she led Shabbat services at Manhattan’s Congregation B’nai Jeshurun, relates in the audio recording: “I was kind of the rabbi, in a way. It was a good feeling, knowing I was able to do that.”

But it has been a long road.

According to historian Jonathan Sarna, the ritual gained traction after the Holocaust. “There was a sense that when we educated girls, it would later promote in-marriage, and they would bring up Jewish children,” said Sarna, a professor of American Jewish history at Brandeis University and chief historian at the NMAJH. “It’s not so different than the Bais Yaakov movement earlier,” which established the first full-time Jewish girls’ schools back in 1917.

Rabbi Joy Levitt, executive director of the JCC in Manhattan, was a close friend of Kaplan Eisenstein, who died in 1996.

It took nearly her whole lifetime to change her connection to it.

As Kaplan Eisenstein approached her 82nd birthday, Levitt suggested having another bat mitzvah, this time for herself. Kaplan Eisenstein, who was an accomplished musicologist, said she couldn’t read Torah and resisted the whole idea. But Levitt nudged her until she acquiesced.

Seventy years after her first bat mitzvah, Kaplan Eisenstein donned a special tallit made for the occasion and, at an event space in Queens in front of hundreds of family members and friends, chanted her Torah portion.

And in the end, Levitt said, “It was a really powerful experience for her.”