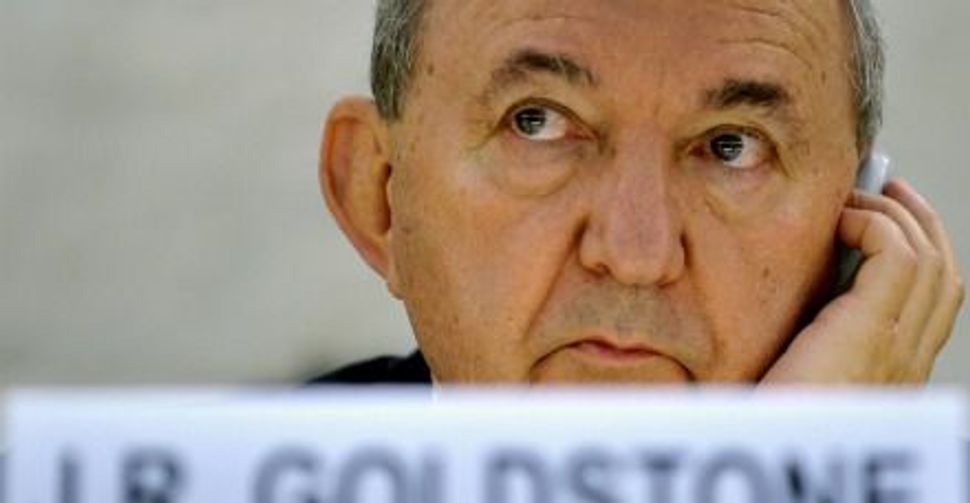 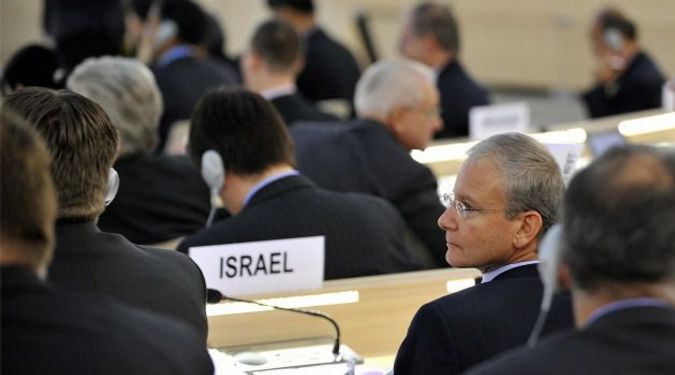 A United Nations group’s decision to probe settlement activity on the West Bank has raised the specter of a new feud between Israel and the world body — and created a fresh headache for the White House.

Israel quickly denounced the Human Rights Council’s resolution, which calls for a fact-finding commission to investigate the “implications” of the settlements for Palestinians. The Jewish state also severed all ties with the council.

Jewish groups blasted the March 19 vote — in which the United States cast the only “no” vote — as anti-Israel grandstanding. They believe it will likely lead to a seriously flawed report along the lines of the much criticized U.N. report on the Israeli offensive in Gaza, which was written by Judge Richard Goldstone.

The Anti-Defamation League took a tougher stance, calling on the United States to quit the Human Rights Council altogether.

Even harsh critics of Israel’s settlements took a dim view of the planned fact-finding mission.

“The Israeli government’s refusal to cooperate with a body that has [disproportionately] and unfairly focused on Israel is understandable,” said Ori Nir, a spokesman for Americans for Peace Now, adding that the group wants to see an independent Israeli probe of the settlements.

Besides creating a nasty new stand-off between Israel and the U.N., the resolution could mushroom into a big diplomatic headache for the Obama administration, which has sought to rebuild its ties with the international body after years of discord.

“The basic instinct of the administration was, ‘The more U.N., the merrier,’” said Shibley Telhami, the Anwar Sadat Professor for Peace and Development at the University of Maryland. “And then you get the Israel issue and it forces itself on the U.S.”

“The administration shifted its position largely… to defend the U.S. interests in Israel,” added Telhami, who is also a senior fellow at the Brookings Institution’s Saban Center for Middle East Policy.

The March 19 decision was one of five recent resolutions critical of Israel, all of which the Human Rights Council adopted by overwhelming majorities. The settlements investigation was approved by a 36–1 vote, with 10 abstentions. Western European allies were split, with Spain and Italy abstaining and Norway and Belgium voting in favor of the measure. Britain, France and Germany are not members of the council.

The controversial decision is only the latest dust-up involving the Human Rights Council, which in 2006 replaced the Commission on Human Rights.

The Obama administration, which overturned a decision by Bush to boycott the council, pinned high hopes on reforming the institution and turning its attention to other human rights hotspots across the world. But in reality, little has changed, at least where Israel is concerned. In 2009, the council launched its first fact-finding mission to the region, now widely known as the Goldstone Commission aimed at investigating Israel’s siege on Gaza.

The report issued by the committee accused Israel and Hamas of war crimes. Although the chair, Goldstone, later retracted the claim about Israel, it remained an open sore in the already troubled relations between Israel and the Human Rights Council.

Mariaschin tried to lobby member states against voting for the settlements probe, but he admitted that it was an uphill struggle. He said that although the United States has maintained a strong voice for Israel within the Human Rights Council, its hopes to reform the body seem to have failed.

“Clearly, I don’t think this turned out the way people expected,” he said.

Mariaschin did not call for the United States to quit the council, but the ADL has made that call.

“It is high time for the U.S. to pull out of the international body,” said ADL’s national director, Abraham Foxman, who noted that 39 of the council’s 91 resolutions were aimed at Israel.

The Obama administration has responded to the settlement probe decision with tough language, but it has shown no signs of second thoughts about its decision to rejoin the council.

State Department spokeswoman Victoria Nuland stressed on March 26 that “the record of the Human Rights Council on this part of the world is very negative, very one-sided.” At the same time, she praised the council’s work in other regions as being constructive.

In practical terms, it is still not clear if the new fact-finding mission will have the same negative impact that the Goldstone Commission had on Israel. On the one hand, the uproar following the Goldstone Report could cause the new delegation to carefully consider the language it uses before issuing a report. On the other hand, while the Goldstone Report focused on the Gaza military action in which Israel’s actions were supported by the United States, the current mission will investigate Israel’s settlement activity, an issue clearly at odds with the administration’s policy.

“It will be another Goldstone-type conclusion,” said Richard Schifter, a former ambassador who represented the United States in many U.N. bodies. Schifter, now board chairman of the American Jewish International Relations Institute, a group devoted to fighting anti-Israel bias in the U.N., said that whatever the fact-finding mission comes up with, it will be up to the Security Council to take action based on the results.

That is Israel’s ace in the hole, because its opponents regularly fail to garner the needed nine votes to pass a Security Council resolution. And even if they do obtain those votes, the U.S. would surely veto it.

“If this settlement inquiry gets to the Security Council,” Schifter said, “this will be the case again.”