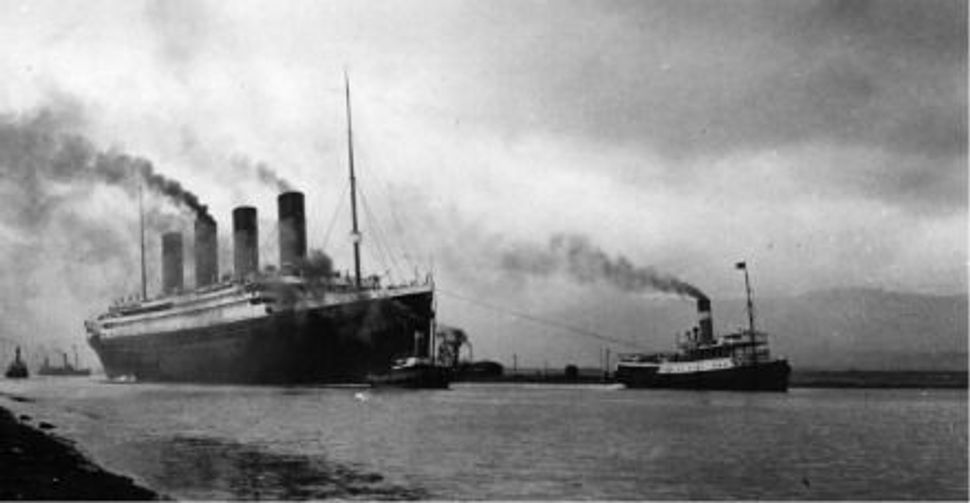 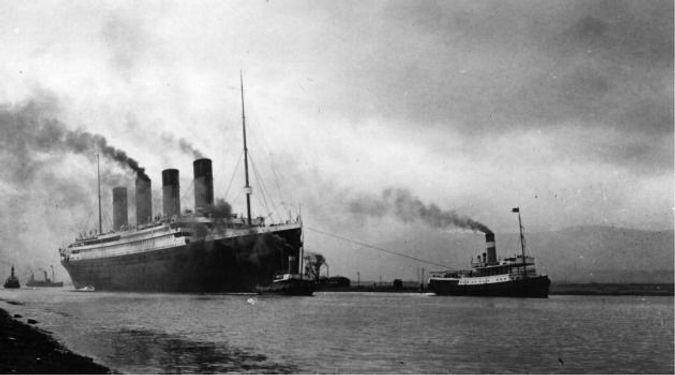 Setting Sail? The Titanic is towed out to sea before its maiden voyage that ended in tragedy. Image by getty images

Nearly a century after the sinking of the RMS Titanic, the stories about how those aboard fared during the ship’s final hours remain as fresh today as they were on the fateful night of April 14, 1912. The luxury ocean liner, helmed by Capt. Edward Smith, was carrying the fabulously wealthy and the steerage poor across the Atlantic on her maiden voyage from Southampton, England, and Cherbourg, France, to New York City. The ship held 2,207 passengers on the night of the disaster, and by some estimates, the manifest listed at least 89 Jewish surnames.

The Titanic was one of the greatest and grandest technological marvels of a century that would soon be filled with them. She was a floating city nearly four blocks long and 11 stories high. Owned by the White Star Line, the ship cost more than $7 million to build — about $140 million in today’s dollars. Her amenities included a grand staircase and ballroom, a swimming pool, electric elevators, indoor palm trees, Turkish baths and a fully equipped gymnasium.

But beyond her comforts, the great ship represented to many people yet another example of man’s ability to conquer worlds, including the natural one. She was called unsinkable and many believed this to be true; the Titanic’s state-of-the-art design boasted an advanced system of watertight compartments. This unshakable belief would have tragic consequences for her passengers after the Titanic struck an iceberg at 11:40 p.m. on April 14 in the middle of the North Atlantic. Though carrying 2,207 souls, the ship was outfitted with lifeboats that had room for only 1,178. Because many of those crafts were lowered into the sea with empty seats, an estimated 1,522 people perished and only 705 survived.

Among the most illustrious of the ill-fated passengers were Isidor and Ida Straus, who were among New York’s most prominent citizens and the pride of the Lower East Side. Isidor was a co-owner of R.H. Macy & Co. and its flagship department store; a former U.S. Congressman; and a longtime, trusted adviser to many of the leading figures of the day, including President Grover Cleveland.

However, it was not only the powerful who admired and respected the Strauses. Throughout New York City’s huge Jewish immigrant community, they were highly regarded benefactors who helped others in their struggle to find success in the New World. 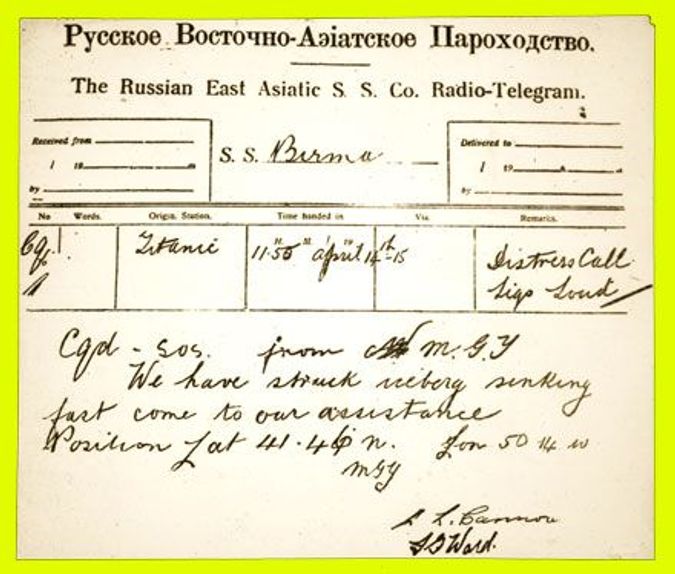 Considered one of the leading philanthropists of his day, Isidor Straus funded cultural, educational, financial and public-health institutions throughout the city, including the Jewish Theological Seminary, Montefiore Hospital and the much-loved Educational Alliance, where he served as president from its founding in 1893 until his death.

By many accounts of the tragic night, the Strauses were in bed in their cabin on C Deck when the Titanic struck the iceberg. Ida Straus immediately began dressing and insisted that Isidor do the same. Making their way to the upper deck, the Strauses and their servants waited there with growing concern. As the order to fill the lifeboats was given, Isidor Straus began encouraging his wife to board one of the tiny boats. Ida was adamant — she would not leave her husband. Instead, she helped her maid, Edith Bird, into lifeboat No. 8. She gave Bird her fur coat, declaring that she would “no longer need it.”

With the situation growing worse and just two lifeboats remaining, Isidor Straus again implored his wife to save herself. Again, she refused, this time rebuffing efforts by the crew and others to force her into the craft. Looking at her husband in the presence of others, she declared, “We have lived together for many years. Where you go, I go.” When Isidor Straus was then offered a seat in a lifeboat in an attempt to save his wife, he, too, refused, saying he would “not go before the others.”

By some accounts, the couple were last seen sitting in deck chairs. According to others, they were holding one another along one of the rails. News of their deaths and heroic self-sacrifice quickly spread around the world, but it was in New York City where the pain of their loss was most keenly felt. For years after their deaths, parks, schools and hospitals were named in their honor.

But their most enduring legacy may be the success of the generation of Eastern-European immigrant Jews that they worked so tirelessly to help.

Other Jewish notables were on board the night the ship went down, bow-first, to its grave. Here are a few of their stories:

Benjamin Guggenheim: One of the Titanic’s most celebrated tales of chivalrous behavior belongs to the underachieving son of wealthy mining magnate Meyer Guggenheim. Benjamin Guggenheim was returning to the United States with his mistress, French singer Mme. Léontine Pauline Aubart, and was asleep in his stateroom when the great ship rammed the iceberg. After being awakened by assistant steward James Etches, Guggenheim helped Aubart and her maid reach the lifeboats and then helped other passengers do the same. When he and his valet were last seen by Etches, they were wearing their evening clothes. “‘We’ve dressed up in our best,’” Etches said Guggenheim told him, “‘and are prepared to go down like gentlemen.’”

George Rosenshine: A New York businessman and importer of ostrich feathers, Rosenshine had just completed an around-the-world business trip with his mistress, Gertrude Maybelle Thorne. They had registered under the assumed names of Mr. and Mrs. George Thorne, and they had been sharing one of the Titanic’s palatial staterooms. Gertrude Thorne escaped from the Titanic on a collapsible lifeboat. Rosenshine was not so fortunate. His body was recovered and buried in the Rosenshine family plot at Bayside Cemetery in Queens. For years, the absence of Rosenshine’s name from the Titanic’s passenger list remained a mystery until historian Walter Lord uncovered the truth in 1964. In 1993, a suitcase recovered from the Titanic’s debris field was found to contain letters that were still readable and also an itinerary belonging to Rosenshine, thus putting to rest whatever doubts remained.

Edith Louise Rosenbaum Russell: A pioneering American journalist, businesswoman and adventurer, Russell was returning to the United States after reporting on the Paris fashions for Women’s Wear Daily. She boarded the Titanic at Cherbourg with an abundance of luggage, jewelry, and her good-luck musical pig. The pig was a gift from her mother after Russell had been in a near-fatal car crash the previous year. On the night of April 14, she was still in an evening dress in her stateroom when she felt a slight jar and saw the iceberg pass by her cabin’s portholes. The New York Times reported in her 1975 obituary that Russell told the AP that the pig had saved her life. “When the Titanic was sinking and they were getting us into the lifeboats, I couldn’t jump in because I was too nervous,” she recalled. “I was clutching the pig. A sailor threw it into the lifeboat and I said, ‘That does it. I’m going after it.’ Then I was able to jump.”

Russell passed away in a London hospital at the age of 98, leaving her lucky pig to Lord, the historian.