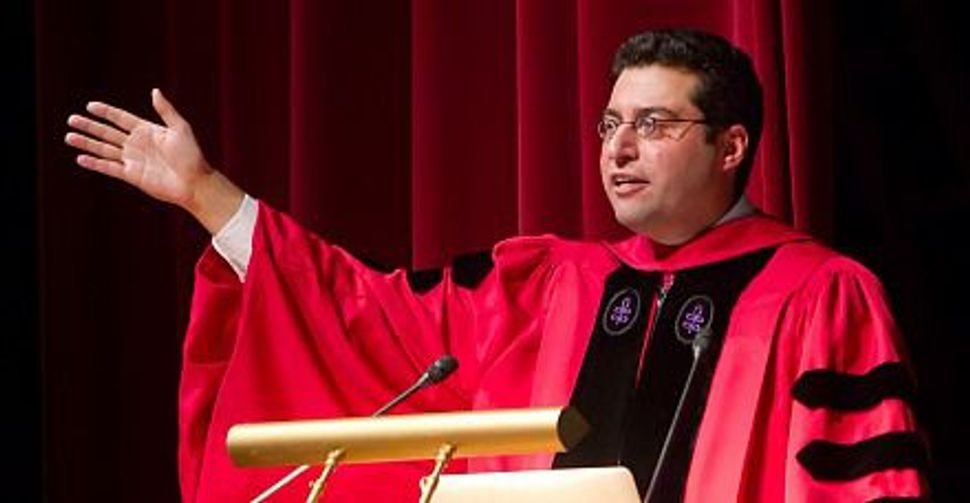 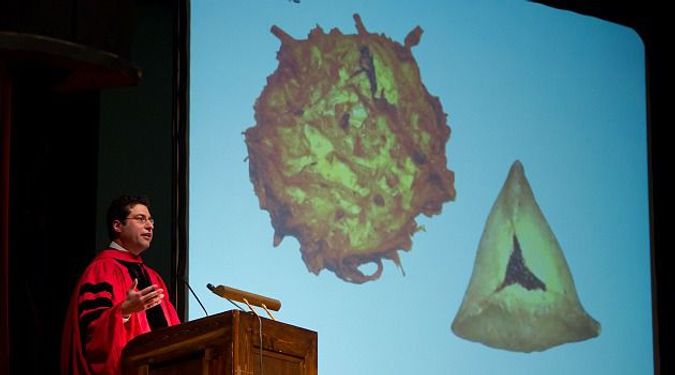 Campus Feud: Daniel Libenson has been fired from his position as head of the University of Chicago?s Hillel, along with the entire board. The group wants to be independent from the Chicago Jewish federation, which controls it in an unusual arrangement. Image by courtesy daniel libenson

Jewish federation officials in Chicago have fired the head of the University of Chicago’s Hillel and the Hillel’s entire board in a bitter governance dispute that could result in two umbrella Jewish student groups dueling it out on campus.

Some University of Chicago students, meanwhile, say their concerns are getting lost in the institutional crossfire.

“It absolutely feels like a hostile takeover,” said Stephen Lurie, a University of Chicago junior who has been active in the Hillel. “There’s been no transparency about a decision that really affects us.”

The feud came to a head March 30, when the Jewish United Fund/Jewish Federation of Metropolitan Chicago dismissed Daniel Libenson from his position as executive director of the Newberger Hillel Center at the University of Chicago. The JUF also ordered the group’s advisory board to be disbanded.

The dismissals came after the board submitted a letter to the JUF, threatening to resign and form a rival group if the federation didn’t agree to enter discussions over granting the independence to the campus Hillel.

“It’s about governance,” Sara Segal Loevy, vice president for development of the dismissed board, said of the dispute. “It’s about whether or not the decisions about a particular program and a particular Hillel are made at the local level or if they’re made centrally.”

The feuds points to the idiosyncratic arrangement between the Chicago JUF and Hillels in Illinois.

The vast majority of Hillel groups on North American college campuses are independent, not-for-profit organizations. They have ties to a Washington-based Hillel umbrella group but have their own boards, staffs and budgets.

By contrast, the federation in Chicago has effectively controlled the Hillels in Illinois for about a decade. Most staff members at Illinois Hillels are federation employees. The Hillel’s building has been federation property since 2000; the University of Chicago Hillel board has been without independent status since 2005.

According to Lowenstein, the Hillel had run at deficit of $100,000 in seven of the past eight years. Disputes over how to cut the deficit appear to have brought to crisis the already fraught relationship between the board and the federation.

Former Hillel officials say that they were hampered by costly federation-mandated contracts for facilities management and other services. The federation claims that it obtained those services at below-market rates by buying in bulk.

The board also says it tried to resist federation pressure to make program cuts, instead of trimming administrative or facilities costs.

Unable to see eye to eye with the JUF, the Hillel board decided that it would take steps to reverse a set of decisions made a dozen years ago that brought the Hillel under federation control. In a letter to the federation, the board threatened to step down at the end of the semester and start a new campus group led by Libenson.

Federation officials said they were baffled at the Hillel’s effort to claim independence. They said that Libenson and the Hillel board are part of the federation and have no right to break away.

“Somebody’s [gone] through the looking glass, if you will, and we don’t think it’s us,” said Aaron Cohen, vice president of communications at the Chicago JUF.

After firing Libenson and disbanding the Hillel board, the JUF installed Rabbi Paul Saiger, Lowenstein’s predecessor, as executive director of the Newberger Hillel.

“My mandate is to keep an even keel here, to create a new board, to ultimately hire a new executive director and to continue with the phenomenal programming that’s going on at the Newberger Hillel,” Saiger said, adding that he did not foresee the need to cut back on any ongoing programming.

At the same time, Libenson and the former Hillel board said that they are starting their own campus group. Libenson expects to have a full-fledged organization operating at the University of Chicago by the fall.

The campus’s Jewish students, meanwhile, are caught somewhere in the middle. Lurie said that he first heard of Libenson’s dismissal from a friend in a grocery store three or four days after the fact.

Students met for an informational meeting in the days after the dismissal and have planned another large students-only gathering. Lurie said student representatives might be elected at that meeting to represent student interests in talks with Hillel and Libenson’s new group.

“Students are really just trying to find the best way to deal with any side in terms of getting their interests met,” Lurie said.