Mallorca’s Jews Get Their Due 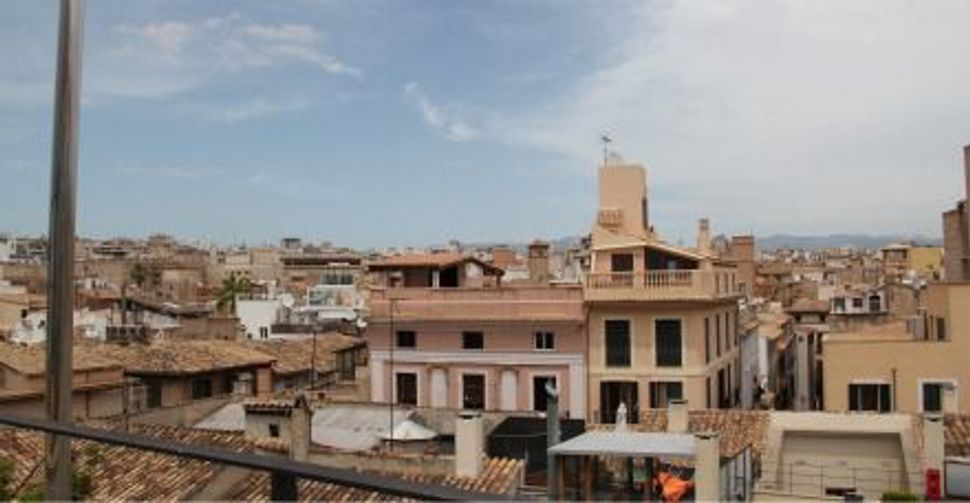 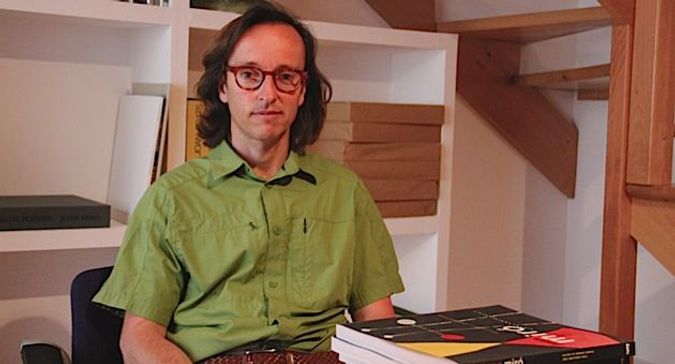 ‘We descend from Jews, I am sure of it,” said Joan Punyet Miró, the youngest grandson of the eponymous painter. We were sitting in his offices in the heart of Palma de Mallorca, blocks from the imposing sandstone cathedral within which his grandfather once sought refuge and around the corner from the glorious and airy new modern art museum Es Baluard. “You see,” he continued, “Miró is known as a chueto name.”

“Chueto” is the pejorative, Mallorcan form of the Spanish words marrano, a hidden Jew, and converso, a Jew forced to convert during the Inquisition. It means “pig” in the local dialect, a riff off the pork that Jews were forced to eat to “prove” their Catholicism. So well known are chueto names in Mallorca that they continued to carry great weight for centuries after the Inquisition; in 1978, posters Miró designed for a play were defaced, painted and written over with the word chueto in all capital letters. It was not a friendly gesture. 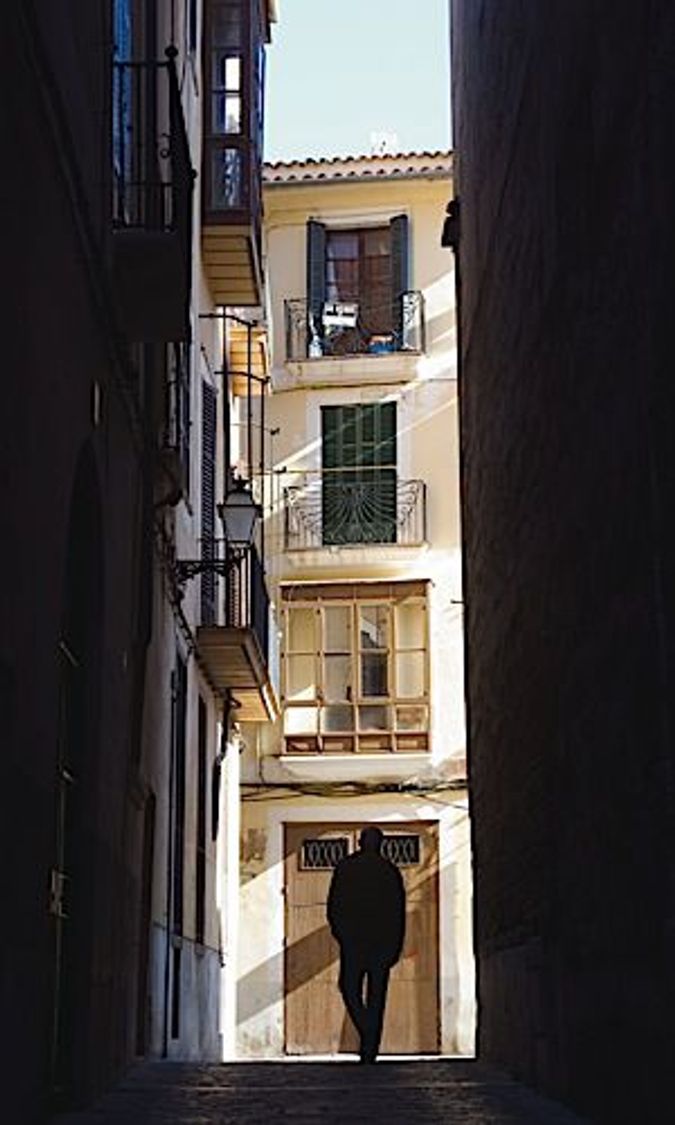 Waves of Violence: The Jews of Palma de Mallorca were forced to live in ?ghettos,? like the one above, beginning around the Roman era. Image by Getty Images

Those chueto names are identifiable, in part, because on this idyllic Balearic Island about 120 miles off the east coast of Spain, crypto-Jews remained connected to their heritage and distinct from the rest of the Mallorcan population. Marriages to chuetos were frowned upon, so the chuetos continued to marry within the community, wiping out most family names. Though today these crypto-Jews number about 20,000, there remain only some 15 family names, like Miró, that are considered “chueto.”

But the aggression and suspicion experienced by Miró and other Jews very recently gave way to something else entirely: recognition. Last July, a few weeks after I met the Miró family, Rabbi Nissim Karelitz, chairman of the Beit Din Tzedek, in Bnei Brak, announced that members of the chueto population of Mallorca could reclaim their identity, should they choose, some 600 years after the Spanish Inquisition. Their unique separation from the rest of Spanish and Mallorcan society had preserved their Jewishness, he reasoned. At the moment when Mallorca’s chuetos might have finally blended into the rest of society, they no longer had to.

The ancient Jewish presence lives here like a ghost in the alleyways around the cathedral, and in the blood of the chueto families that hung on to their identities for several hundred years.

Jews began living on Mallorca in the Roman era, if not before. They nestled in the twisting streets of the island’s main city, Palma, in two calls, or ghettos: “major” and “menor.” Jews thrived under North African occupation, and then became comfortable and wealthy in the 13th and early 14th centuries, when the Spanish kings took over. They were cartographers and astronomers, merchants and traders. Though the Jews were forced to live in distinct areas of the city, those areas were, and remain, marvelous quarters, well ventilated by winds from the sea.

These paths haven’t changed much in six centuries; the streets still glow from the muted colors of sandstone walls illuminated by the Mediterranean sun. Palma had as vibrant a Jewish population as Cordoba, and for several hundred years there was great co-existence on these streets. It is far less evident here than in Andalucía, but there are traces. On Monte Sion Street, a church of the same name was built on top of a synagogue. A fissure on one external wall of the ancient building is said to have been worn there by hidden chuetos, who would run their hands along the building as a sign of remembrance. On San Alonso and San Bartolomeo streets, there were other houses of worship. Carrer Sol, now quiet but picturesque, was the main drag of Jewish life. Calle de Plateria — the silver shops street — is still lined with jewelry stores, many staffed by descendants of chueto families.

I wandered these streets last summer, with my family in tow, looking for evidence of the Jewish community. The most visibly practicing Jews in Palma today are transplants: Israelis and Jews from Latin America, Turkey and other parts of Europe; young people whose parents came in the 1960s or ’70s, settling here for love or work or simply joy in the town on the sea. On Friday nights they gather for services. It is not hard to be mildly observant here.

The Jews of Mallorca faced several waves of violence. As the 14th century drew to a close, hundreds were killed in pogroms. In 1435, thousands converted or went into exile — again, well ahead of the rest of Spain — as their lives hung precariously. But the Mallorcan chuetos never blended in; they were forever branded, persecuted.

These days, Mallorca is a tourist hub. Low-cost airlines bring Europeans in waves: Germans, English, French, who fan out from Palma to agrotourismos — farm stays — in the center of the island, or stay close to the city and nestle in boutique hotels. But until the 1960s the island was cut off from the mainland. It had not yet been discovered for its crystalline beaches; the high-rise hotels had not been built. And so the hurt remained; the separations stayed in place.

The push for recognition came, in part, from Rabbi Nissan ben Avraham, who was born Nicoals Aquilo, in Palma in 1957. At the age of 10, he casually made a chueto joke to his mother; she told him not to mock: He was one. At 21, he immigrated to Israel, officially converted and, eventually, became a rabbi serving with the Orthodox Shavei Israel and counseling Jews who wanted to return to religiosity. In December 2010, he was sent as an emissary to Mallorca; it was the first time that a Spanish-born Marrano served as a rabbi in Spain. He lobbied hard to have the chueto community recognized — both in Spain and by Israel.

The recognition first came locally. Last May, Francesc Antich, president of the Mallorcan regional government, attended a memorial ceremony for several chueto Jews who had been burned alive in 1691. Antich called it a “grave injustice” and apologized for the persecution of chuetos, at last.

Today, there are a few Jewish tours of the old center of Palma. A tiny museum of Jewish history offers a small exhibit. But most visitors walk these points themselves, looking for the signs on their own. They take taxis or buses to Miró’s workshop and home. They walk the streets of the old ghettos. They eat the traditional, flaky ensaimada, the twisted pastry of the island. And they wonder at a community that remained distinct for six centuries, separate but never fully apart.

Mallorca’s Jews Get Their Due