Marlo Thomas Honored at Physician of the Year Awards Dinner 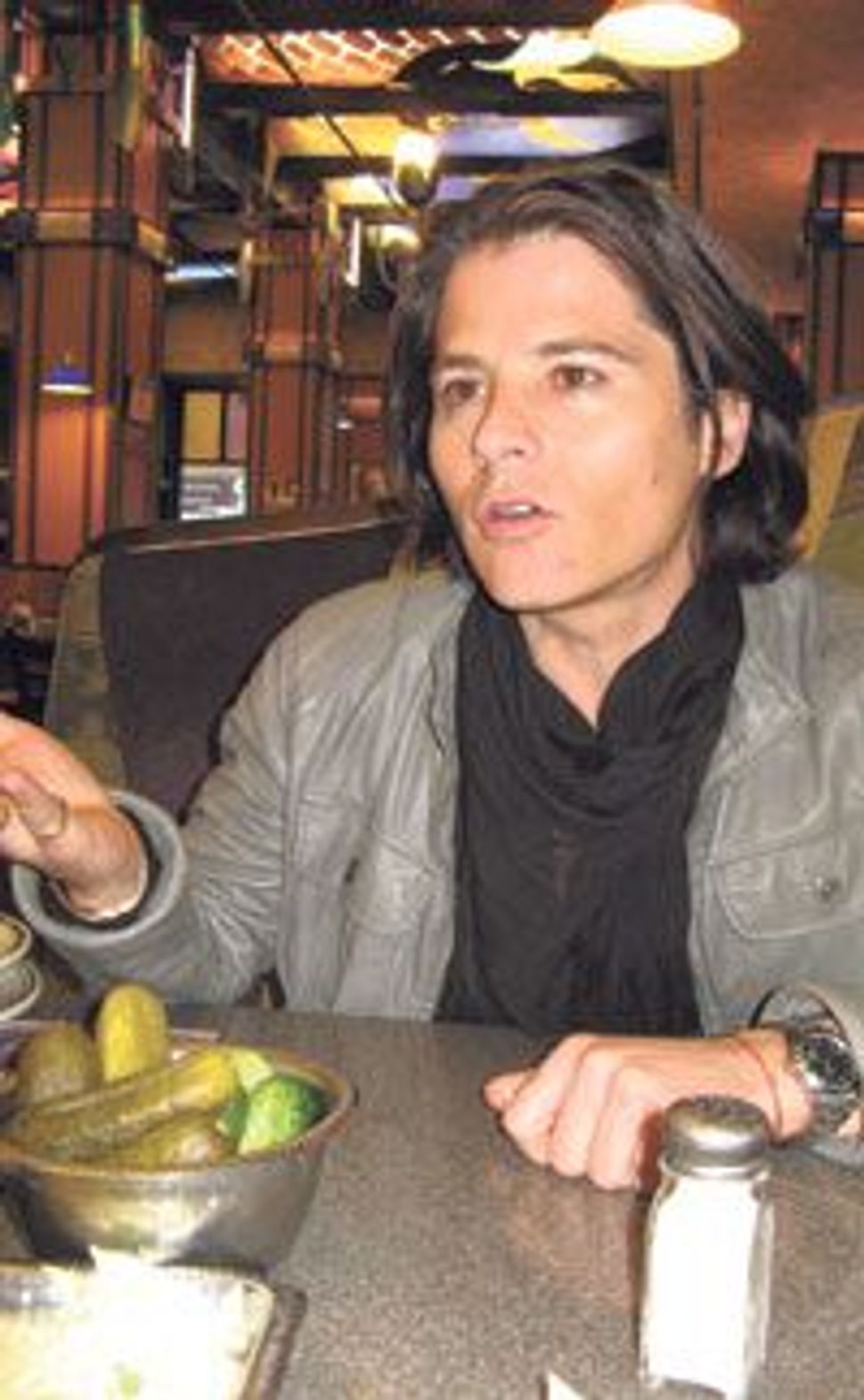 Past and Present: Nir Hod Image by karen leon

“My mother [who came to America from Zloczow, Poland, in 1919] vowed that her son would be the first family member to go to college,” Dr. Robert Brent said as he accepted a Lifetime Achievement Award at the Castle Connolly National Physician of the Year Awards dinner, held on March 26 at The Pierre hotel. Referring to his “No fees charged, none expected” policy for consultations and phone calls, Brent, Distinguished Professor of Pediatrics, Radiology and Pathology and Louis and Bess Stein Professor of Pediatrics at both the Jefferson Medical College and the Nemours/Alfred I. DuPont Hospital for Children, said: “In 2012 I will have my 25,000th [free] consultation. You can do it through the Internet, but consulting cannot be summarized in a few minutes. Websites are meaningless unless there is someone who can explain.” I have sons who are doctors and a daughter who is a psychiatric nurse.” Of his 64 years of marriage, he said: “My wife has created a home with music and education as the focus… a plan to help make the world a better world.” Joking about his zest for life, he said, “I can’t believe I’m not even 60 years old!” William Liss-Levinson, vice president and chief strategy and operations officer at Castle Connolly Medical Ltd., presented the award. Liss-Levinson also serves on the board of the Jewish Book Council.

“I am humbled and honored,” said Marlo Thomas, recipient of the Castle Connolly National Health Leadership Award. As her husband, talk show personality Phil Donahue, kvelled, Thomas, an award-winning actress, author and activist, said: “There are those who stop by a traffic accident and see if they can help. There are others who drive by. In 1962, my father, a nightclub comedian, founded St. Jude’s, now the world’s leading pediatric hospital. No family pays anything. No child is turned away. Each year, $750 million is raised at 38,000 nationwide events.” The award was presented by John Castle, chairman of Castle Connolly Medical Ltd. With president and CEO John Connolly, he created the Castle Connolly National Physician of the Year Awards seven years ago to recognize the excellence of physicians throughout the United States.

Recipients of this year’s Clinical Excellence Awards included Dr. Richard Edelson, Aaron and Marguerite Lerner Professor and chairman of the department of dermatology at the Yale School of Medicine. Edelson focuses on the battle against cutaneous T cell lymphoma, a disease he named. Another recipient was Dr. Susan Mackinnon, who has developed innovative nerve transplant procedures and since 1996 has been chief of plastic surgery for nerve injuries at Washington University School of Medicine. A third recipient, Dr. John Morton, associate professor of surgery at Stanford University and director of bariatric surgery and surgical quality, also at Stanford, has performed 2,000 bariatric surgeries without a single fatality. Morton declared: “The secret for caring for a patient is caring for a patient. Fifty percent of complications are preventable…. With obesity now the No. 1 problem in the country…. bariatric surgery is the first responder.”

On March 30, I met with Israeli artist Nir Hod at the Manhattan location of Ben’s Kosher Delicatessen. Several days earlier we had spoken briefly at the opening of his exhibit at the Paul Kasmin Gallery. Over a bowl of matzo ball soup, the strikingly handsome Hod mused about his past and his 10-panel series, “Mother,” which was inspired by an unidentified woman in an iconic 1943 photo showing a group of Jews, including a young boy with raised arms, being herded out of Warsaw. The Nazi photographer who took the photo later labeled it “The Jewish Quarter of Warsaw Is No More.” 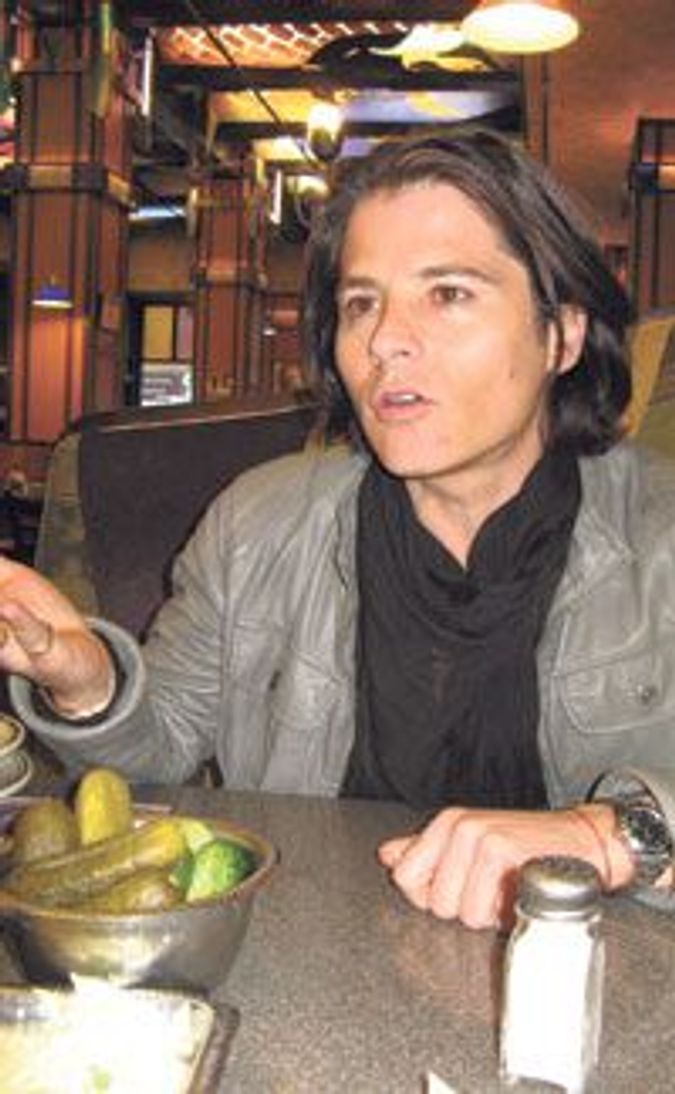 Past and Present: Nir Hod Image by karen leon

“I was a very problematic child, like a street boy… they [threw] me from every school,” Hod said. “Then I went to art school. I so was fascinated by Leonardo da Vinci, Michelangelo, that I wanted to be like them.” In a rush, Hod explained, “It was so much about being outside, being different…. I find the tension between beauty and loneliness or beauty and destruction, beauty and death, so powerful.” I asked, “Do you think that the image [of “Mother”] is a beautiful image of death?” Hod replied: “It’s not about death to me but about life after death. For example, this woman, the ‘mother’ next to the boy with his raised hands —I bring her back to life and give her all the respect, with colors…. For me, what is most powerful is [that these were] real people like us, not a survivor, not like this black-and-white photo with the striped pajamas. The people are aristocratic, beautiful people with style.

“When I was a student in Bezalel, in Israel in 1992, I did four photos of me. I found a tailor who made me the same jacket.” I interrupted:“ You mean like the boy in the photo is wearing?” He replied, “Yes. I shot myself in different [poses] in a forest in Israel. I wanted to be like the child.” Taken aback, I asked, “You mean the boy in the Warsaw ghetto photo!?” Hod insisted: “Yes! I was obsessed with it. I almost felt jealous with this child in the ghetto getting this attention. I wanted to be in his shoes.” I exclaimed, “Oh no you don’t!” Hod backed off. “I am not talking about the realistic facts. I wanted to be in his shoes because, it’s like you want to freeze-frame…. like a wax museum.” I said: “But had you known what he lived through in 1939, ’40, ’41 and ‘42… to have survived to 1943! When I was in Warsaw under the Nazis, I was the same age as that boy. I ‘passed’ because I was blond and blue-eyed. Had I survived till 1943, the same fate as those in the photo awaited me and my mother.” Hod sat up, and then said. “But that’s what happened to my grandmother! Mengele pushed her to the side because she was pretty…. Two hours after, her sister and mother were killed. Twice she was in front of Mengele.” Hod reconsidered: “Of course I don’t want to be in his shoes…. As an artist I become a victim of my art. You lose yourself between reality and what is right. I could think about this work only in New York. In Israel you are too close to this subject…. In Israel I could not come to this kind of thinking. It is too close.”

Kenneth Libo, who died March 29, at age 74, of complications from an infection, was my first editor at the Forward. After my 1979 article, “Please Don’t Call Me Honey,” appeared in Working Woman and several other magazines, I asked Simon Weber, then editor of the Forverts, if he would be interested in a Yiddish version. Weber, who had known my father, Matvey Bernstein, a longtime Forverts contributor, asked me to come see him. He suggested that since the Forward had just launched an English insert, I should meet its first editor, Ken Libo. “What would you like to write about?” Libo asked me. I had just returned from Chicago, where I had attended a convention of the American Booksellers Association. There I’d met Jack Eisner, whose autobiography about the Warsaw ghetto and concentration camp survival, titled “Survivor,” had just been published by St. Martin’s Press. Libo suggested I do an interview. That was my first Forward story.

Best known for his collaborative work on “World of Our Fathers” (Harcourt Brace Jovanovich, 1976) and “How We Lived” (Putnam, 1979), which he co-wrote with Irving Howe, Libo got first billing in the 1984 book “We Lived There Too: In Their Own Words & Pictures — Pioneer Jews and the Westward Movement of America 1630–1930” (St. Martin’s Press), another collaboration with Irving Howe.

Sadly, Libo had no remaining immediate family. Tucked inside the copy of “We Lived There Too” that he sent me, I found the following note:

My father and mother always managed to provide my older brother and me with a sense of gratitude for growing up in America. Perhaps in appreciation of this, they instilled in us a deep sense of respect for our Jewish heritage by creating a home life in which every aspect of our religion was celebrated. They did their job so well that when my brother and I went off on our own we had no difficulty in ‘finding ourselves,’ for we were then secure in the knowledge of who we were — second-generation Americans.

I cannot imagine a country other than America in which a Jew can have as profound a sense of being at home in the Diaspora as I do. It is because of this that I relish my work as a researcher into the history of the Jews in this nation, for my work keeps me constantly alert to the fact that my own experience, far from being unique, is the product of an incredibly rich American inheritance.

After Libo left the Forward, we stayed in touch and met from time to time at various events. Along with birthday greetings he sent me last year, Libo wrote the following: “[Your articles] make me feel the importance of being a Jew, and for that alone I owe you an enormous debt of gratitude….” The gratitude is on my part. Libo was a formidable taskmaster. I am grateful for his insights, direction and support. How he will be missed.

Marlo Thomas Honored at Physician of the Year Awards Dinner