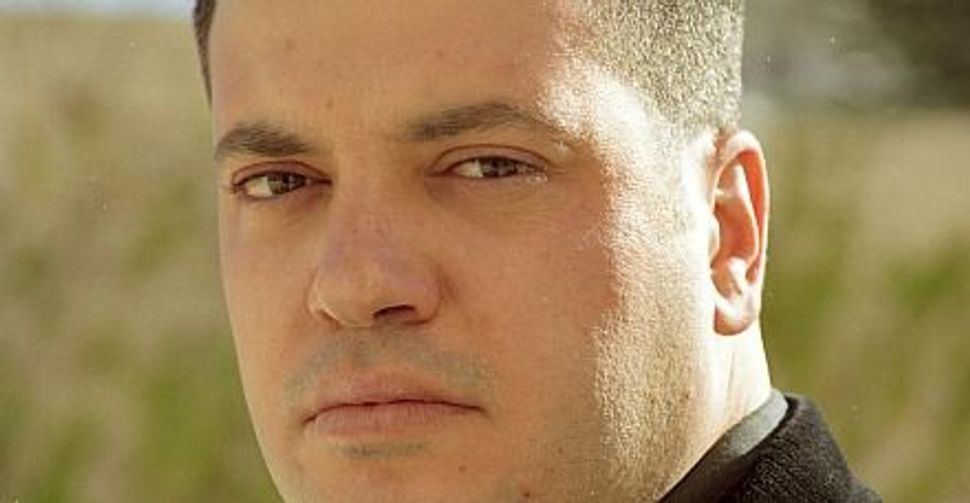 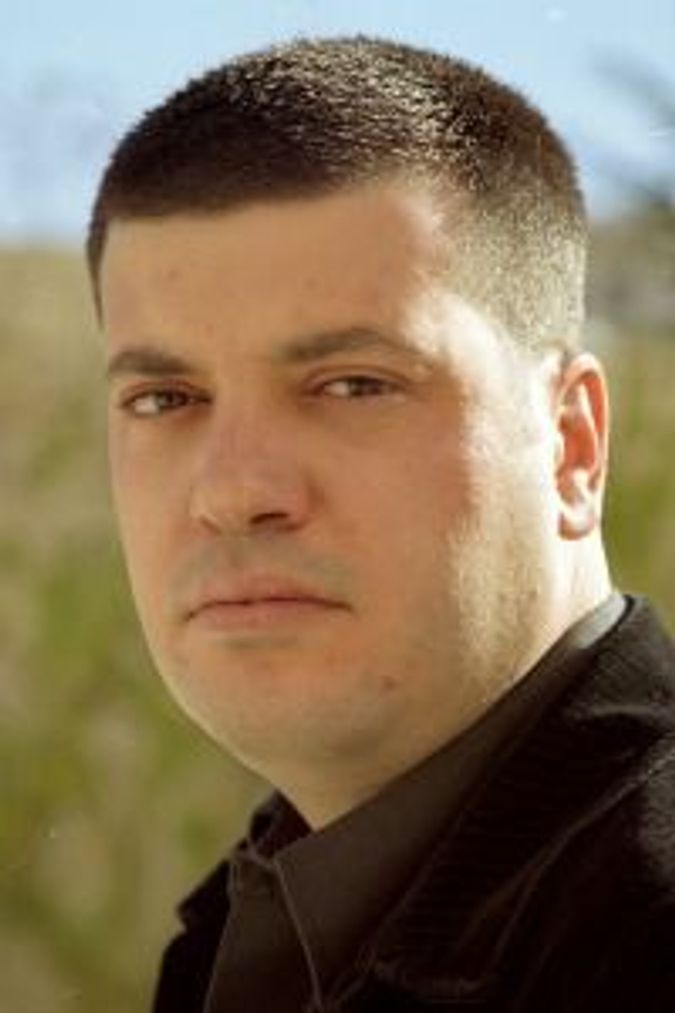 Sayed Kashua has built an impressive career exposing the porous and impenetrable, farcical and tragic demarcations between Israel’s Jews and Arabs. Readers of his weekend column for Haaretz may recall a caustic fable titled “Cinderella (Herzl Disappears at Midnight)” in which the hapless protagonist bears the burden of the answered prayer of a hitherto childless woman who “begged God for a son, even if he was born half Arab.” As an adult, Herzl Haliwa’s nocturnal metamorphosis causes endless angst. This long-suffering hybrid has constant explaining to do, especially to his Jewish girlfriend, with whom he never spends a single night. (After midnight, the “Haliwa” half of this bifurcated being craves the company of pro-Palestinian European tourists.) Nor does it help that “Herzl” quaffs wine while the Arab side indulges in heavy Arak drinking.

In this schizophrenic tale, Kashua’s young man navigates Jerusalem as both Palestinian Arab and Jewish Israeli, suggesting both an impossible condition and a vital bridge between polarized communities. Kashua’s third novel, “Second Person Singular,” revisits the serious issues underlying this mischief, recasting its doppelganger with greater insight in a novel that adroitly blends tragedy with dark comedy. In awarding the novel Israel’s prestigious Bernstein Prize, the jury praised its “complex look at Israeli society as a multicultural society.” Most intriguing was the suggestion by the Bernstein judges that, in portraying Israel’s Arab middle class’s struggles to assimilate, Kashua ironically reimagined the plight of Jews in Enlightenment novels. 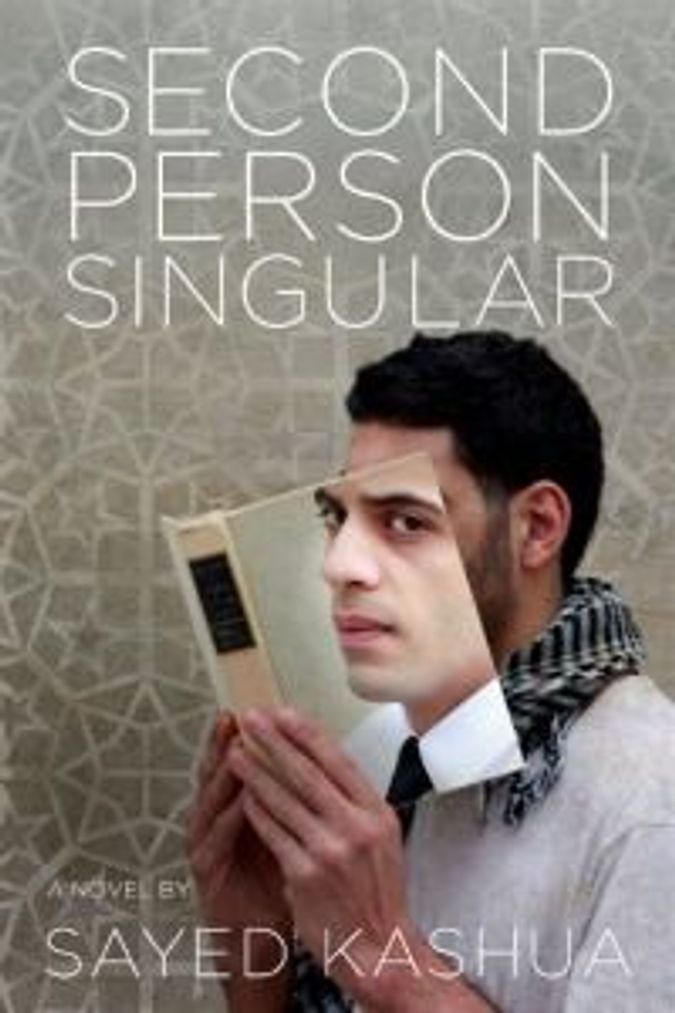 Whatever Kashua’s actual intentions, “Second Person Singular” triumphs as a tragicomedy composed of two suspensefully intertwined stories tracing the lives of two unnamed Arab protagonists, illuminating their fraught condition as insiders and outsiders and their painful struggle to create a life of meaning. The first of the novel’s stories concerns a highly successful Arab attorney who lives with his beloved wife and children in Jerusalem. Despite the lavish evidence of his accomplishments and affluence, he anxiously purges any hint of his Arab village origins (Kashua himself left the Arab neighborhood of Beit Safafa for a predominantly Jewish neighborhood).

Harboring no illusions about the precarious nature of his ascent, he ruefully contemplates the service he and other Arabs of his class provide to the Jewish state: “Lawyers, accountants, tax advisors, and doctors — brokers between the noncitizen Arabs and the Israeli authorities… living within Jerusalem but divorced from the locals among whom they reside. They will always be seen as strangers, somewhat suspicious, but wholly indispensable. Without them who would represent the residents of East Jerusalem and the surrounding villages in the Hebrew-speaking courts and tax authorities?” Even as he relishes visiting “the most expensive sushi bar in the city,” he is tormented by the notion “that his life was a mirage that could suddenly melt away.”

One day, after purchasing Tolstoy’s “The Kreutzer Sonata” in a used bookstore, the lawyer discovers a cryptic note written by his wife. He assumes that it alludes to a torrid love affair. The lawyer is driven mad with jealousy, and his frenetic efforts to prove his wife’s duplicity result in alarming emotional cruelty. Yet even in the midst of his violent revenge fantasies, we glimpse the vulnerable longing for what he callously rejected.

Beyond this plaintive longing for authenticity, Kashua’s frequent intertextual nods to Tolstoy’s tale of sexual obsession and murder (which the lawyer unwisely defers reading) strategically nudge the reader to think beyond stereotypes of the “primitive Arab” and to the dark and universal comedy of the human condition.

The second plot follows the journey of a young Arab whose ambitious transformation from nebbishy social worker to artistic success entails a startling act of erasure. Like Coleman Silk in Philip Roth’s “The Human Stain,” he forsakes his origins to pass as a Jew. As home caretaker of Yonatan, a young man reduced to a vegetative state, the Arab’s fascination with the alluring artifacts of his patient’s former life — books, music, clothing and especially his photography equipment — sets the stage for his self-reinvention as a Jewish artist trained at the Bezalel Academy.

The young man accomplishes this with the unlikely support of Yonatan’s beleaguered mother, who tells him that he and her son are “practically identical,” whereas he is spellbound by her iconoclastic “scorn for tradition, nationalism, religion, roots… she believed that the Arabs did a bad job of impersonating the Zionists, who did a bad job of impersonating the European nationalists.” But what first appears to be a story of empathy and compassion becomes something quite different, as Kashua ingeniously unravels incremental rationalizations as they lead to terrible betrayals. As is that of the lawyer, the artist’s life is such a carefully calibrated performance of suppression that in the end he seems utterly lost to himself. In Kashua’s imaginative exploration of the consequences of self-erasure and betrayal, the intricate interplay of both stories renders a powerful statement about the ambition, desire and loneliness inherent in all human nature.

In Mitch Ginsburg’s lively translation from the Hebrew, Kashua’s razor-sharp wit and irony are on full display. As in both of his previous novels, “Dancing Arabs” and “Let It Be Morning,” Kashua proves an incisive guide to the simmering tensions of class, politics and generation within Arab-Israeli society, and between Arabs and the hostile majority. Yet whereas “Let It Be Morning” prophesied the dystopian nightmare of the Kafkaesque state turning against its Arab citizens, “Second Person Singular,” while not altogether relinquishing that fear, offers a more measured assessment of the quotidian nature of Jewish and Arab interactions. Much more than in previous works, Kashua examines life as a struggle against the destructive forces within the individual, even while bearing unsparing witness to the corrosive ethnic pressures and xenophobia of Israeli society. And the disquieting denouement in which these troubled men’s lives finally intersect is storytelling of the highest order.

Ranen Omer-Sherman is a co-editor of the forthcoming “Narratives of Dissent: War in Contemporary Israeli Arts and Culture” (Wayne State University Press).