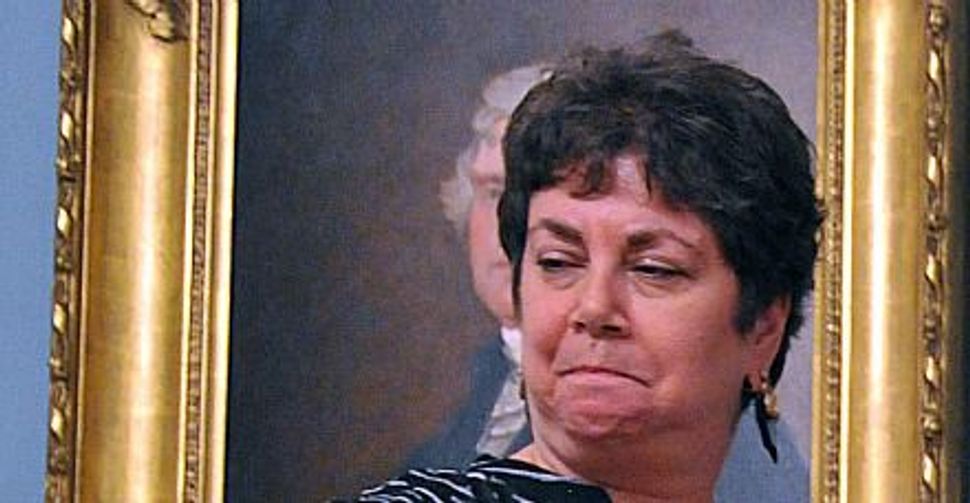 A representative of the Obama administration scolded the mayor of Malmö, Sweden, during an April 24 meeting at Malmö’s town hall.

Rosenthal requested the meeting to examine allegations of widespread anti-Semitism in Malmö.

The Sydsvenskan, a regional newspaper, quoted Reepalu as saying that Rosenthal told him the Jewish community feels unsafe. “She told me not to say things that have anti-Semitic connotations,” he told the paper.

In March, Reepalu told a Swedish magazine that the anti-immigrant, anti-Muslim Swedish Democratic Party had “infiltrated” the city’s Jewish community to turn it against Muslims. Reepalu later apologized to the Jewish community, acknowledging that he misspoke.

Reepalu also angered the Jewish community when he said it bears responsibility for attacks upon it because the community has not condemned Israel’s treatment of the Palestinians.

According to Sydsvenskan, Rosenthal chastised Reepalu for his anti-Israel comments. “Don’t just criticize Israel — criticize other countries as well,” she said.

When asked by Sydsvenskan what the city will do to make the 760 registered members of Malmö’s Jewish community feel safer, Reepalu said: “We are going to do a lot to fight hate crimes against Jews, like when people scream at them and throw things at them. The schools must teach how horrible hate crimes are and why Swedes should reject [them].”

Two representatives of Malmö’s Jewish community had a separate meeting with Rosenthal. One representative was Malmö’s only rabbi, Shneur Kesselman, 33, who has been the victim in more than 50 anti-Semitic incidents during his eight years in Malmö. The other was Kathrin Dominique, a congregant at Malmö’s 109-year-old synagogue.

In an interview with the Forward, Kesselman said they told Rosenthal that police do not respond forcefully to complaints about anti-Semitism. “In some cases, they don’t respond at all,” he said.

Kesselman related to Rosenthal one example of the many anti-Semitic experiences he says he has endured. A driver gunned his car toward the rabbi while he was walking in the city center, frightening him and a congregant before swerving away at the last second.

“The president’s envoy expressed her shock and sorrow over what we told her,” Kesselman said.

Dominique told Rosenthal that her teenage sons have been harassed repeatedly.

Anti-Semitism in Europe has historically been associated with the political far right, but Malmö Jews interviewed for a lengthy 2010 Forward article said the threat in Sweden now comes primarily from Muslims and from activists who harbor intense anti-Israel feelings.

Malmö’s estimated 45,000 Muslims make up 15% of the city’s population. Many are Palestinians, Iraqis and Somalis, or come from the former Yugoslavia. Most live in Rosengård, the eastern part of the de facto segregated city, where the jobless rate is 80%.