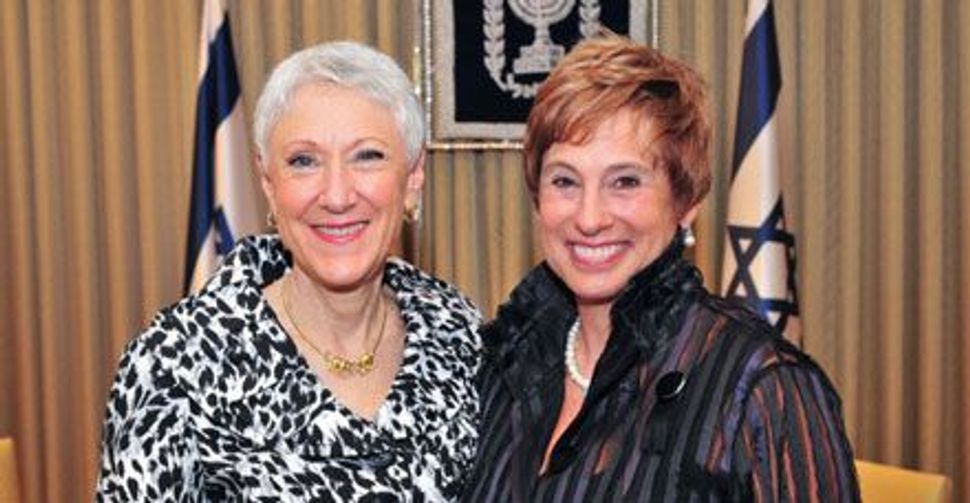 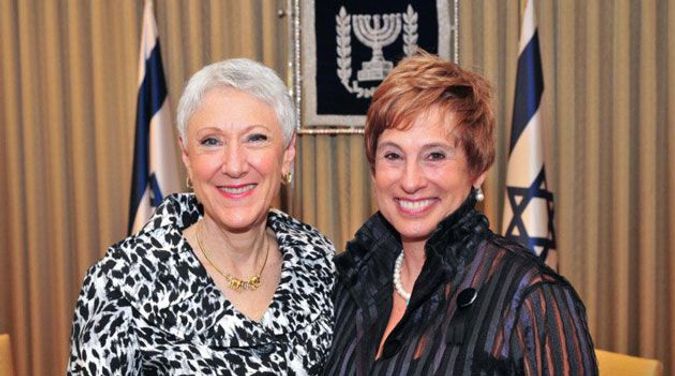 Cleared: Hadassah officials Marcie Natan and Nancy Falchuk were cleared of wrongdoing by an internal investigation. Image by hadassah/facebook

Hadassah, the women’s Zionist organization, says two of its leaders have been cleared of wrongdoing following an investigation into allegations that they misused charitable funds. The organization itself commissioned the investigation but is refusing to release the findings.

The 100-year-old charity launched the inquiry after its chief operating officer, Larry Blum, in a January letter to board members, accused Marcie Natan, Hadassah’s current national president, of using Hadassah funds to buy favors for members who supported her candidacy for president. The letter also alleged that Nancy Falchuk, Hadassah’s immediate past national president, had sent to her own home furniture and other items from a Hadassah-owned apartment, and that she had charged inappropriate expenses to a corporate credit card.

Blum has been on administrative leave since November 2011 over allegations that he used his corporate credit card to purchase personal items. He has characterized himself as a “whistleblower.” The investigation into Blum’s alleged misconduct is ongoing, and he could not be reached for comment.

Hadassah’s board hired attorney Daniel Kurtz, who leads the exempt organizations practice at Skadden, Arps, Slate, Meagher & Flom, to conduct an investigation into the charges against Natan and Falchuk. Despite requests made by the Forward, Hadassah refused to share Kurtz’s findings — releasing only the following statement from Kurtz, on April 19:

After performing an extensive investigation, the conclusion the committee reached regarding the Blum allegations was that none of them was supported by facts. No volunteers, including Marcie Natan and Nancy Falchuk, breached any fiduciary duties owed to Hadassah in connection with the allegations.

Contacted by the Forward, Kurtz said he had no further comment.

In a joint statement, Falchuk and Natan praised the results of the investigation. “We are pleased with the conclusions of the committee and we are thankful to everyone for standing by us during this time,” the statement read.

According to a member of Hadassah’s national board, Kurtz presented his findings to a meeting of the board’s 18-person executive committee. The larger national board had not been briefed on the findings. The national board member, who spoke on the condition of anonymity because she was not authorized to comment publicly, said that Kurtz made some recommendations about changes to Hadassah’s governance, but she characterized them as minor.

“For all of us, this was a very difficult situation,” she said. “It’s upsetting to think that you have two top people who were being questioned. On the other hand, it was also equally good to know that it had been resolved.”

Falchuk, reached by telephone, would not comment on the investigation’s findings. “Someone made accusations. They were false. That’s the end of the story,” Falchuk said. “It’s over.”

Hadassah would not say whether Kurtz had determined that the incidents Blum described in the letter never transpired, or whether the investigation concluded that the leaders’ actions did not amount to a breach in their fiduciary duties to the organization.