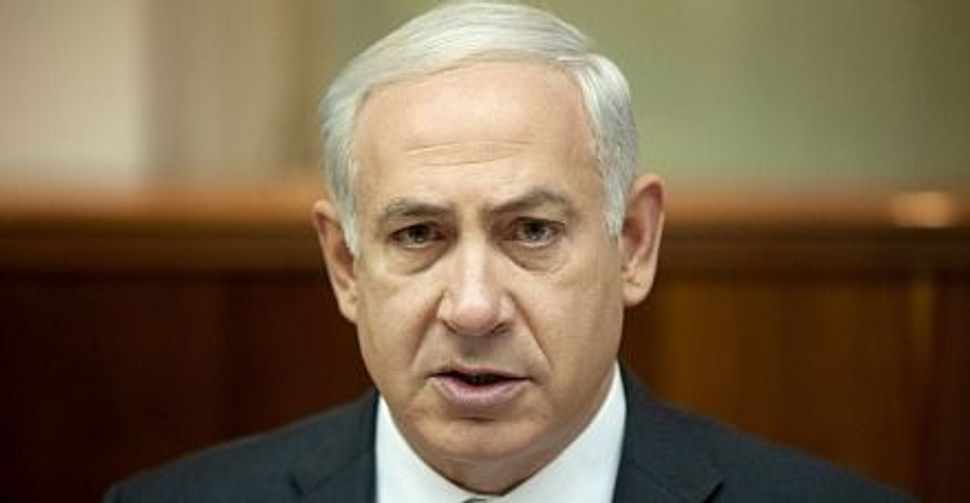 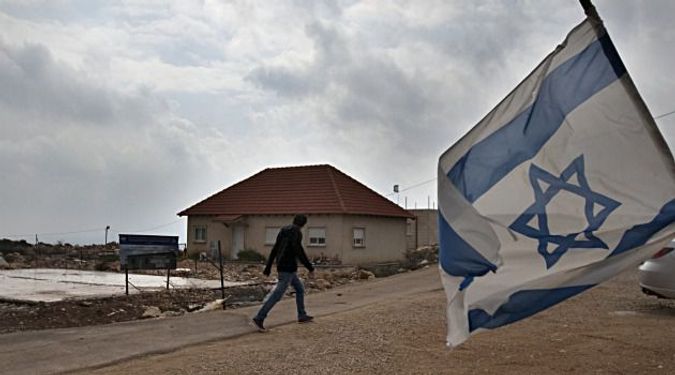 Defiant: The Israeli government refused to implement a Supreme Court order to demolish the illegal West Bank outpost of Migron. It?s not the only time government has sought to defy a court order. Image by getty images

Few were surprised when Prime Minister Benjamin Netanyahu told Israel’s Supreme Court that his government was unable to comply with the court’s May 1 deadline to demolish a group of illegal, exclusively Jewish apartment buildings in the occupied West Bank.

The government petition, which asked the court to delay the scheduled evacuation of 30 homes in the Jewish settlement of Beit El, followed hard on the heels of an almost identical case in which the government told the court that it could not meet another repeatedly postponed deadline. That order was to demolish the illegal West Bank outpost of Migron.

In both cases, the court found that the structures were built on privately owned Palestinian land. In the Migron case, the Supreme Court rejected the government’s request — but still granted the government until August 1 to evacuate.

“We are getting used to it,” said Dror Etkes, an anti-settlement activist. “The government waits until the last minute and then says that it can’t meet the deadline and needs more time. It’s unacceptable.”

But it is not only on settlement-related rulings that the government is failing to obey the Supreme Court. Other cases include a 2002 order for three municipalities to add Arabic to municipal signs, which one of the cities, Nazareth Illit, has failed to do. The Interior Ministry is continuing to automatically decline visa renewals for migrant workers who give birth in Israel, even though the Supreme Court ruled last year that in certain circumstances these workers should be allowed to remain in Israel. And as the Forward reports ths week, the Interior Ministry is also making demands on would-be immigrants who have converted to Judaism that contravene a Supreme Court decision.

“If it were one or two cases, that is one thing, but this is more than what is acceptable for a democratic country,” former deputy attorney general Yehudit Karp told the Forward.

While government defiance of the court involves a tiny percentage of all court rulings, for Karp, the area in which such cases are concentrated is telling. “It seems to be a phenomenon that in special fields like the settlements, the Arab sector and decisions that need allocation of budget, [the government] just goes on for years without implementing,” Karp said.

Karp has become a self-appointed documenter of these cases of noncompliance. She says that today there are more than a dozen. Last year, she sent her list to Attorney General Yehuda Weinstein, prompting him to take the unusual step of reminding state authorities that compliance with the law “is incumbent not only upon the residents of the state and those who enter its borders, but first and foremost upon the state itself.”

But now, lawmakers on the right of Israel’s political spectrum think they have a better solution. They are taking aim at the Supreme Court itself. Minister of Justice Yaakov Neeman has initiated a push for a new Basic Law — the closest thing Israel has to articles of a constitution — that will allow 65 of the Knesset’s 120 lawmakers to revive any law that the Supreme Court throws out as illegal.

The move reflects the conviction of some lawmakers who argue that the government was not at fault for failing to comply with the Migron ruling; rather, the Supreme Court was at fault for its allegedly politicized evacuation order and for undermining the government by rejecting its proposed compromise.

“We will not allow the Supreme Court to hold the legislative branch of the State of Israel hostage,” Likud lawmaker Danny Danon told the Forward. He accused the court of having a “one-sided ideology.”

The claim that the court is a tool of the left is common on the right. “We have a problem, which is that the court, which is not elected, should not be managing life in the country,” said Shmuel Klein, spokesman for the Legal Forum for the Land of Israel.

Many of these Knesset members have applauded Neeman’s proposal. Likud lawmaker Reuven Rivlin has said Neeman’s bill will define in law the relationship between the Knesset, where he is speaker, and the court, which has been on a “collision course” with the Knesset for decades. Relating the proposal to Migron, Danon said that a politicized court “has forced the center-right coalition in the Knesset to reinforce our system of checks and balances and hopefully confine the court to its appropriate place as the judicial branch of government and not a second legislative branch.” Klein said that he hopes the proposal will give politicians a free hand to make laws “even if the court opposes them.”

There has been an angry reaction to the bill across the opposition. Labor leader Shelly Yachimovich claimed that it “paves the way to wild, irresponsible legislation and increased conflict” and “empties the Supreme Court of its content.” Supreme Court President Asher Grunis and Knesset legal adviser Eyal Yino have also voiced concerns.

Judicial review evokes unusually high passions in Israel, because it is widely seen as the guardian of the country’s minorities. “Israel is a society made up of minorities, and minorities need protection from the majority,” Mordechai Kremnitzer, vice president of research at the Israel Democracy Institute, told the Forward. “For this we embed the power in the Supreme Court to say what is constitutional, and this proposal could make this ability hollow.”

Neeman’s bill comes as minorities and human rights advocates say that they think judicial review is more important than ever. The current Knesset has already passed several pieces of nationalist legislation and attempted to push through even more. Proposals passed into law in this Knesset term include the so-called Boycott Law, which penalizes individuals who voice support for campaigns to boycott West Bank settlement businesses. Another recently passed law protects the right of communal villages of 500 or fewer families to select residents on the basis of “social suitability.” While the law bars making this selection directly on ethnic grounds, some decry it as a carte blanche for discrimination.

Both laws are being challenged in the Supreme Court, and lawyers at the Association for Civil Rights in Israel are preparing to challenge another, the Infiltration Law, a four-month old law that it claims applies “Draconian” measures against asylum seekers.

Karp acknowledged that she considered a bill similar to Neeman’s in the mid-1990s when she was deputy attorney general. Though it was eventually shelved, the idea was not outrageous then, she said. But today, “in this atmosphere, it’s very dangerous.” Karp, a prominent member of the Association for Civil Rights in Israel, commented: “Then, we didn’t see how parliament would act so irresponsibly.”

But Yuval Elbashan, a renowned academic, said that the Knesset would use the power sparingly. He believes the left could be shooting itself in the foot by opposing Neeman’s proposal. He told the Forward that American history illustrates the dangers to the left of judicial review without lawmakers’ override.

Elbashan, a Hebrew University law academic and deputy director of the charity Yedid, cited the difficulties President Franklin Roosevelt faced in passing his New Deal legislation to address the Great Depression. “As a left-wing activist I don’t want to have scenarios like that,” he said. The U.S. Supreme Court initially ruled that much of the New Deal legislation was unconstitutional, so angering Roosevelt that he attempted to “pack” the bench with additional appointees who would support his proposals.

Elbashan argued that in Israel, a future peace deal with the Palestinians could be a comparable casualty of a Supreme Court ruling. An Israeli-Palestinian agreement, he said, could be overturned by the court in response to right-wing claims that territorial withdrawal violates constitutional principles.

He asked rhetorically, “Do you want a case where the Supreme Court’s decision on that would be final?”