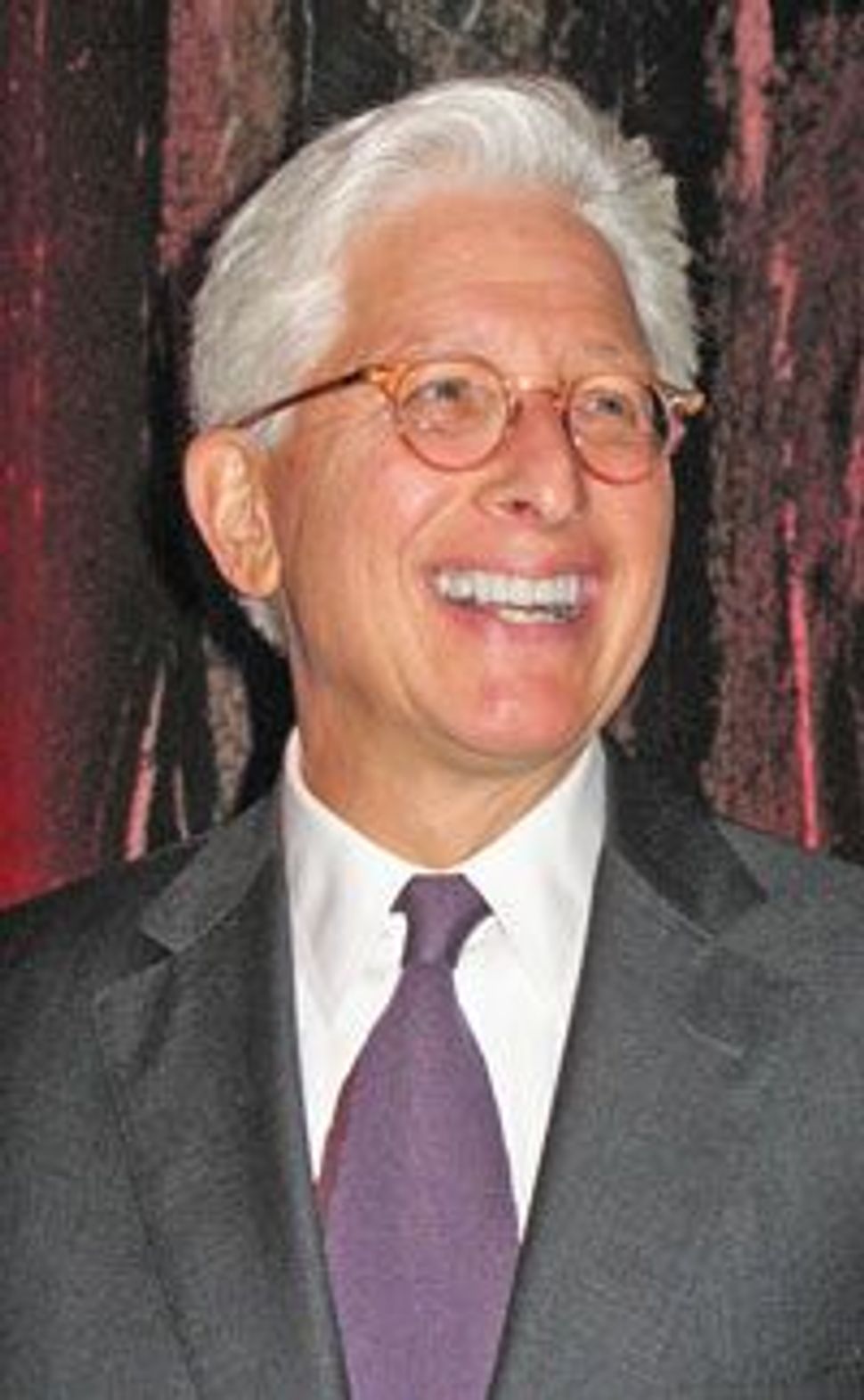 So besieged by friends and fans was 28-year old choreographer/director Avichai Scher following the April 9 performance of his Avi Scher & Dancers program, held at the Alvin Ailey Citigroup Theater, that he and I had to postpone our post-performance interview. “At 5, I decided I wanted to dance, and I never looked back,” Scher told me during our chat later that week. “Both my grandparents and my parents were born in the USA. At 3, I was taken to Israel, where I lived for seven years near Herzliya and was raised Orthodox. Yes, my parents supported me.” Scher, whose dance training includes “being on scholarship at the School of American Ballet for eight years,” declared, “I have to keep creating, to shape my own works.” In 2008 he formed Avi Scher & Dancers “to build new audiences for neoclassical and contemporary ballet by presenting top dancers and new works in small, affordable venues. I choose the dancers, [who] are all great artists.” And so they were in the April 9 performance. The dancers, who are members of prominent dance companies and sported imaginative costumes, used their superbly honed techniques to performed five Scher ballets, three of which— “Phased,” “The Gift” and “Dwindle” — received their world premieres that day.

“Phased,” set to music composed by Heitor Villa-Lobos and performed by guitarist Nate Brown, starred the amazingly athletic dancers Misa Kuranaga, a principal with the Boston Ballet, and Herman Cornejo, a principal with American Ballet Theatre. “The Gift,” a poignant duet set to music by Felix Mendelssohn, showcased Joffrey Ballet’s Laura Feig and Derrick Agnoletti. Nine remarkable dancers — three men and six women, all in Greco-Roman tunics — performed “Dwindle,” set to a score by the 20-member band Alarm Will Sound.

Sher seemed surprised after I asked him if he realized that the multi-composer, partly electronic score for “Dwindle” contained a melodic fragment that sounded as if had been lifted from the Yiddish song “Shlof Mayn Kind” (“Sleep, My Child”).

Funding for Scher’s group comes entirely from individual donors. This is the second year that Avi Scher & Dancers received a grant of $10,000 from Michael Kaiser, president of the Kennedy Center for the Performing Arts, where the group has performed. Kaiser challenged the group to raise $10,000 in new donations, which, he said, he would match.

Gore Vidal’s “The Best Man”: A Nonpresidential Fundraiser for ELEM — Youth in Distress in Israel

For its annual benefit, ELEM/America, a division of the Israel-based entity, invited guests to the New York City’s Gerald Schoenfeld Theatre for an April 17 performance of Gore Vidal’s “The Best Man” — Gore Vidal’s 1960s play that is still so timely. The cast of the revival includes James Earl Jones as a former president of the United States; John Larroquette as a liberal, intellectual presidential candidate with scruples, and Eric McCormack as the candidate’s win-at-all costs, mudslinging rival for the party nomination. Candice Bergen plays the Larroquette candidate’s humiliated wife, and Angela Lansbury — who deliciously channels both a maker of a presidential winner and a feminist’s worst nightmare — cautions Bergen: “Don’t be like Eleanor Roosevelt. She did too much.” Well directed and with solid performances, this five-decades-old play still resonates in the context of the current presidential nomination contest. As the French say, Plus ça change, plus c’est la même chose — The more it changes, the more it is the same thing.

At a reception held at the Marriott Marquis after the show, ELEM/America President Lenore Ruben told the 150 ELEM supporters that Vidal’s play was “a very timely event, given both Israel’s and the U.S.’s concerns with present-day politics and elections. The troubled and homeless youth in Israel served by ELEM are also affected by politics — especially the amount of funding and support politicians allocate to social services for the growing numbers of Israeli youth who are alienated or abused.

“Today, online social networking gives youth the ability to bully or demean each other, adding more anxiety in the young people’s lives. In the past year, ELEM has witnessed younger and younger youth seeking ELEM’s help in dealing with the effects of an increase in cyber bullying.”

One of ELEM’s programs, “Someone To Run With,” based in Tel Aviv and in Jerusalem, offers emergency accommodations for homeless and addicted young women. ELEM’s “Awake at Night” project provides the only refuge in Israel for minors involved in prostitution, and offers a 24-hour emergency hotline to assist youth in crisis situations. And when youth can’t or won’t come to ELEM, ELEM comes to them, via its outreach vans in 22 cities nationwide.

Cindy Sherman Exhibit at MoMA on the Menu at Spring Luncheon for the American Friends of The Israel Museum, in Jerusalem

A private viewing of an exhibition celebrating the work of artist Cindy Sherman at the Museum of Modern Art prefaced the American Friends of the Israel Museum’s spring luncheon, held on April 17 at the Metropolitan Club. AFIM President Ninah Lynne welcomed the 290 guests, one of whom turned out to be Sherman. The event raised $332,000 for the Israel Museum. 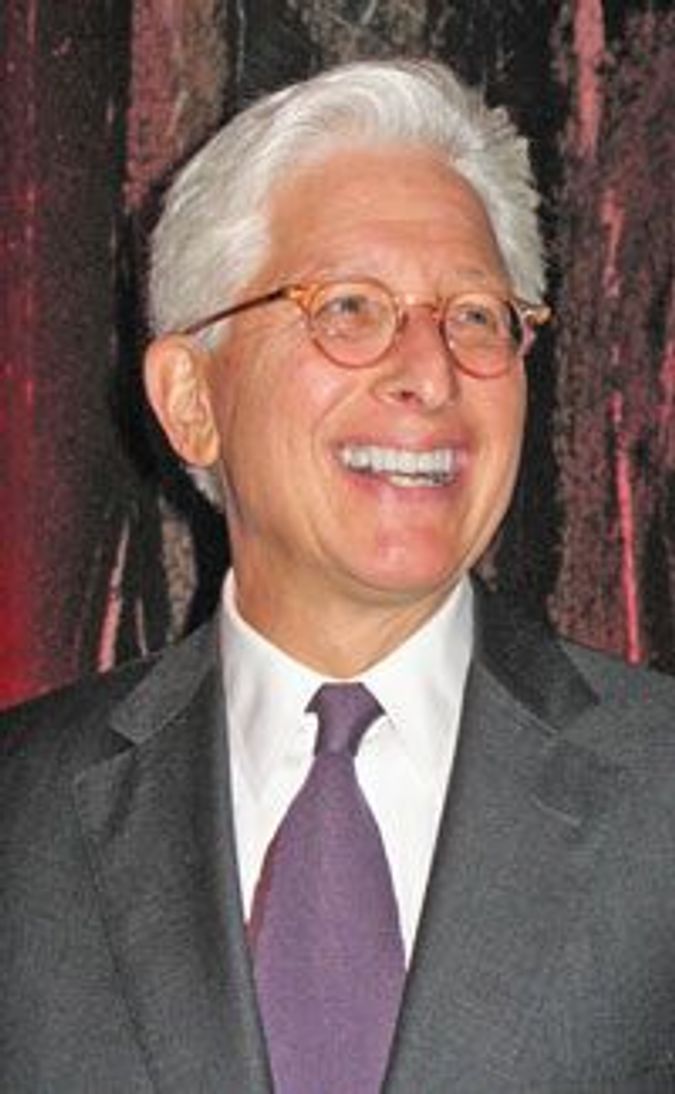 “Museums are custodians for creativity,” said James Snyder, the Anne and Jerome Fisher Director of the Israel Museum, Jerusalem. He praised the museum’s recent expansion and said he was “happy teaming up with my alma mater, the MoMA, for this event.” Commenting on the centrality of such institutions as the MoMA and the Israel Museum, Snyder declared: “All things connect in all mediums and all periods.” He boasted that in 2011, the Israel Museum’s attendance was 815,000 visitors “in a city whose population is 700,000 residents. Imagine what our sister institutions in New York would [give] to have an equivalent percentage attendance!”

Eva Respini, associate curator of the MoMA’s photography department, described the process of setting up the Sherman installations, which include an 18-foot-high reproduction of her photographs. The introductory overview of her career path includes information on how Sherman’s major bodies of work “map out the career of one of the most remarkable and influential artists of our time.” Respini concluded her analysis with the unsettling revelation that after months of “setting up the installation,” at the exhibition’s end, “it gets torn apart and thrown away!” There were gasps in the room.

Each guest at the luncheon got to take home “Cindy Sherman,” a hefty book published by MoMA about the artist’s work. The book contains photographs of Sherman in her signature disguises as a man, a clown and various medieval personas — fascinating, bizarre, creepy.