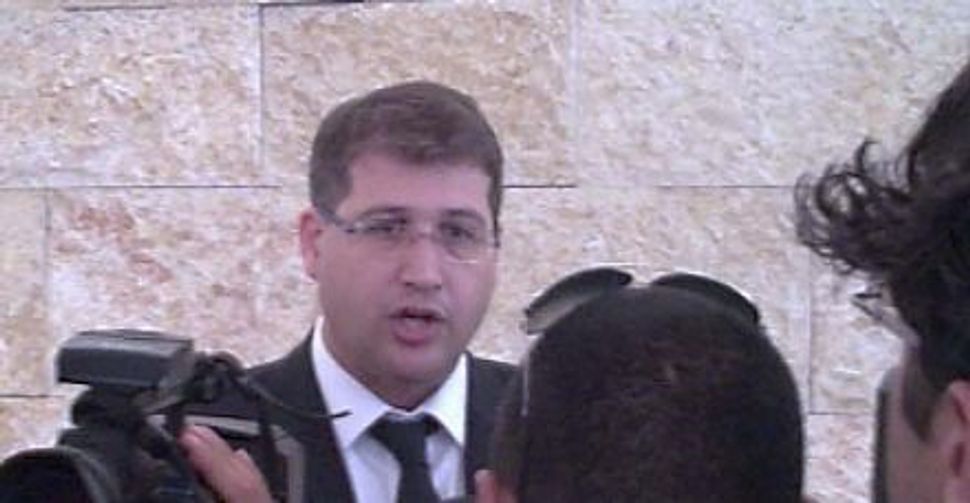 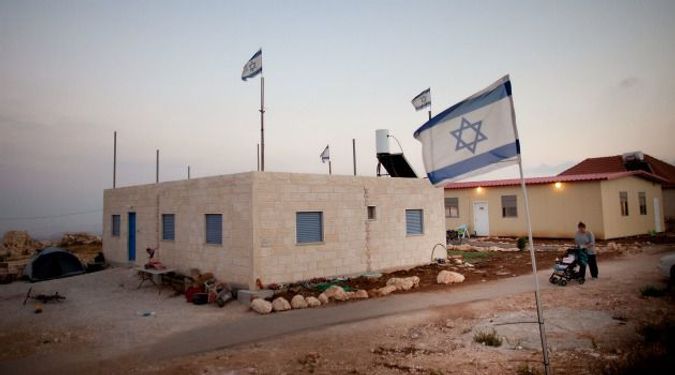 Rights Fighter: Michael Sfard has mounted a lonely legal battle to force the Israel government to crack down on illegal West Bank outposts built on Palestinian land, like Migron. Image by getty images

He can do what the might of world leaders cannot.

After more than a decade of heavy pressure by the international community on Israel to demolish unauthorized Jewish outposts in the occupied West Bank, the state finally looks set to start the bulldozers rolling in at least one case, Migron. The man who forced Israel’s hand does not sit in Washington, Ramallah or at the United Nations, but in a shabby building in Tel Aviv.

Look at almost any case alleging that Jewish settlements in the West Bank infringe on Palestinian rights and you will find that Michael Sfard initiated the litigation. It is, he says, an addiction. “I cannot manage one day without doing this,” he told the Forward. “It has become a drug, and I am an addict.” 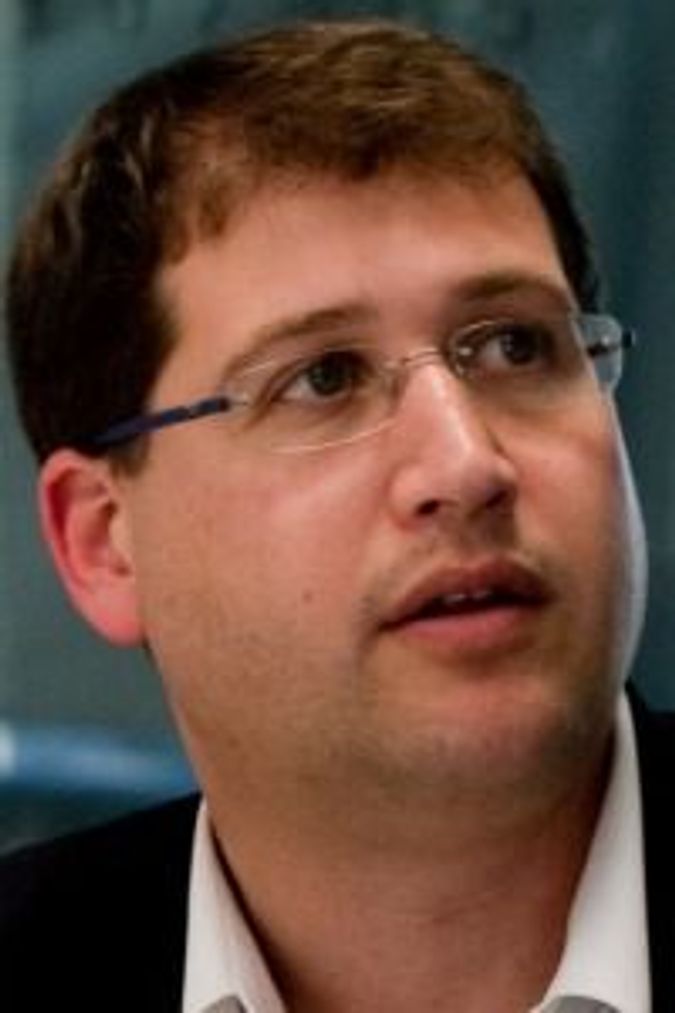 Unlike some other members of the Israel’s left, Sfard, 40, cannot bring himself to move abroad. He tried living in London but could not hack life as a “spectator.” He is a deep thinker on the subject of identity. Sfard calls himself “a sucker for the need to belong and for identity” and said he’s committed to raising his children in Israel. As a sort of penance, he decided to take on the settlements.

These days Sfard’s cases are always making headlines. On April 29 Israel’s cabinet approved a plan to build temporary housing elsewhere in the West Bank for the residents of Migron, built illegally on privately owned Palestinian land. Following a six-year legal battle, initiated by Sfard, Israel has now agreed to evacuate the religious Zionist settlement by August 1.

Earlier this year, Sfard secured a government promise to demolish 30 Beit El homes, also situated on privately owned Palestinian land near Ramallah. The demolition deadline was set for May 1, but as of press time the marked homes remained standing. “This is a disease — the government says one thing and does another. It is prepared to humiliate the court,” he said.

Sfard sees himself, together with the human rights and political groups with which he works, including Yesh Din and Peace Now, as taking on a role formerly filled by opposition parties. “[I]n the last eight years, we became in a way the dissenting voice in Israeli society — there is no real opposition, parliamentary opposition,” he said. “In the ’80s and ’90s, the leading figures in criticizing government policy were opposition members, but today opposition like Kadima has no moral weight.”

Sfard’s critics agree that he is fighting for a cause that isn’t well represented in the Knesset. But while Sfard sees his role as a duty, critics see it as “trying to bypass democracy,” said Likud lawmaker Danny Danon, a staunch defender of some of the targets of Sfard’s petitions. “He’s using the legal system because his ideas are not welcome in Israeli society,” Danon told the Forward.

Naftali Balanson, head of research at NGO Monitor, a Jerusalem-based organization that reviews, often critically, the work of human rights organizations, commented: “Michael Sfard is at the center of the NGO industry that exploits the rhetoric of human rights in the context of the Arab-Israeli conflict.”

Sfard was born in Jerusalem to parents who had fled their native Poland after participating in the 1968 University of Warsaw student rebellions against the Communist government. (His grandfather is the prominent sociologist Zygmunt Bauman, who lives in England.) He served as a combat soldier in the army and argued, in defiance of some conscientious objectors, that left-wing soldiers should agree to patrol the territories. “I said that people ‘like us’ should be there to stop bad things from happening,” he recalled.

But during reserve duty in Gaza, after he had already started law school, he changed his mind. In a subsequent reservist session in 1998 he refused to serve in the territories and spent three weeks in prison for doing so. He moved to London in 2000 — ostensibly to study for a masters but, primarily, “to get away” from Israel.

But Sfard considered emigration “a tragedy” and returned to Israel the following year. He found people whom he considered ideological allies in Courage To Refuse, a group of soldiers who refused to serve in the territories, and went into human rights litigation.

He initially worked at a Tel Aviv office where he had interned, and in 2004 he set up his own practice concentrating on cases challenging Israeli settlements. He became legal counsel for Peace Now and Yesh Din, and the lawyer of choice for various other human rights groups that work with Palestinian landowners. Most are “very simple, both factually and legally — they are first-year law student kinds of cases,” he said. The only thing that complicates them, he said, is the government pressure that the settlers and their allies exert.

Sfard’s cases have resulted in several notable rulings: As a result of his efforts, the Supreme Court in 2007 ordered Israel to reroute the security barrier at Bil’in to reunite villagers with their land. The barrier was finally moved last year, four years and two contempt-of-court motions later. In response to another one of his petitions, the Supreme Court ruled in 2006 that the barrier was to be rerouted near Qalqilya where five Arab villages had been cut off from the rest of the West Bank. The government finally implemented the ruling in 2010, rectifying the situation for three of the villages.

Despite his successes — and his general conviction that his work is for the good of both Palestinians and Israel — he admits to struggling with some of its ramifications.

He worries that some members of the Israel advocacy lobby “exploit” the fact that Israeli courts occasionally rule in favor of some of Palestinians he represents. They argue that Palestinians have ample access to legal rights, even though only a minority of Palestinian grievances reach court, and most of them fail. Another concern is that he has become “the biggest collaborator” with the occupation by taking Palestinian cases to the Supreme Court — the very body that has provided the legal underpinnings on which the settlement enterprise rests.

In fact, Sfard believes that in the process of becoming a major legal asset to Palestinians’ anti-settlement campaigns, he has ironically cemented Israel’s presence in the West Bank. The rerouting of the barrier has lessened Palestinian grievances against the barrier’s very existence. “I think that along with the IDF I’m also one of the architects of the fence,” he said, regretfully.

He fears that through court action, he is eliminating the occupation’s most controversial aspects and leaving behind an occupation that can be presented by Israel as more acceptable. “The court proceedings soften the sharp edges of the occupation to give it a longer shelf life — this is what I am afraid of,” he said.