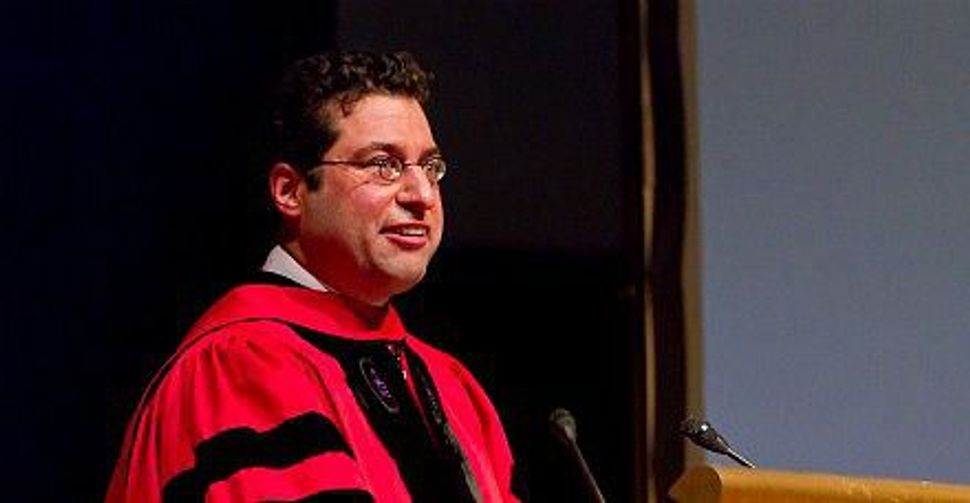 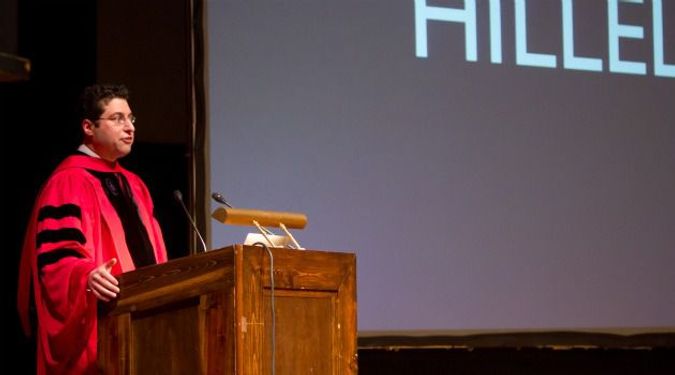 A group of Jewish professors at the University of Chicago is drawing up battle lines against the city’s Jewish federation in response to the federation’s firing of the entire leadership of the school’s campus Hillel. Meanwhile, students who are caught in the middle are seeking to avoid taking sides.

What began as a local budgeting dispute has now grown increasingly heated in some quarters. The Washington, D.C.-based umbrella group for Hillel, the national network of campus centers for Jewish college students, says it won’t recognize a new University of Chicago campus organization founded by the fired executive director of the campus Hillel. Meanwhile, in a April 18 letter to the federation, the Jewish University of Chicago professors have condemned the Jewish charity’s conduct.

“We find your actions disgraceful and unwelcome in our community,” the group of 30 professors wrote the Chicago federation. “Your choice to rule our local Hillel in an autocratic fashion overwhelms.”

In an unusual arrangement, Chicago’s Jewish federation, known as the Jewish United Fund/Jewish Federation of Metropolitan Chicago, or JUF, controls all campus Hillel centers in Illinois. Its decision to dismiss the executive director and advisory board of the University of Chicago Hillel in late March came after campus Hillel leaders demanded independence from the federation.

A newly formed group of University of Chicago Jewish students called the Jewish Student Assembly, meanwhile, won’t be backing the Hillel or the new group being started by the former Hillel leaders.

“The idea is that this assembly will be able to negotiate and work with the different organizations on campus,” said Doni Bloomfield, 21, a University of Chicago sophomore and newly elected executive chair of the new Jewish Student Assembly.

Dan Libenson, executive director of the Newberger Hillel Center at the University of Chicago, was dismissed along with the volunteer board on March 30. JUF took the action against the Hillel leaders after they threatened to resign in June if the federation did not agree to enter negotiations for a separation between the Hillel and the federation.

Nearly all other campus Hillels in North America are independent not-for-profit organizations with their own boards and endowments. But Hillels throughout Illinois are owned directly by the Chicago federation and operated through a federation agency. The University of Chicago Hillel’s building has been federation property since 2000; its board has been without independent status since 2005.

Chicago’s federation is known for the high level of control it maintains over the not-for-profits it funds. Steven Nasatir, the JUF’s executive director, is widely seen as one of the most powerful CEOs in the federation system and known for a highly centralized management style.

He hasn’t had the same success with Hillel’s D.C.-based international umbrella group. In an undated open letter, Hillel’s president and CEO, Wayne Firestone, said that his organization would recognize only the JUF-owned campus Hillel, not Libenson’s startup.

“We made that statement to reassure our federation partners that we were not going to revoke our affiliation with them and grant it on another competing organization,” said Dennis Kirschbaum, associate vice-president for campus services at the Hillel umbrella group. “The existing affiliate is our affiliate, and we’re not going to recognize another affiliate at the University of Chicago.”

Libenson received Hillel’s Richard M. Joel Exemplar of Excellence Award in 2008. Kirschbaum called it “pretty much the highest award we give to somebody in our field.” He continued: “It’s no secret that we thought he was doing good work.”

At the University of Chicago campus, meanwhile, students and professors have begun to weigh in on the JUF’s move. The professors’ scathing letter to the JUF was signed by several distinguished faculty members, including Kenneth S. Polonsky, dean of the Pritzker School of Medicine and the Division of the Biological Sciences, Martha C. Nussbaum, a distinguished professor of law and ethics, and physicist and mathematics professor Leo Kadanoff.

The letter harshly criticized both the federation’s dismissal of Libenson and the manner of his dismissal. “[W]e see your actions as a total abdication of Jewish values…” the professors wrote. “[W]e hereby request in the strongest possible terms that you agree to the board’s request for mediation with the ultimate aim of restoring University of Chicago Hillel’s independence.”

University of Chicago students appear to be taking a more measured approach. At a meeting on April 30, the newly formed Jewish Student Assembly elected board members to act on behalf of Jewish students in their interactions with both Hillel and Libenson’s new organization.

Bloomfield, the executive chair, said that the group wasn’t taking sides in the debate over the JUF takeover of the Hillel, and favored neither Libenson’s new group nor the campus Hillel. “I think that it’s useful to have a forum of students directly working on these issues,” Bloomfield said. “That’s the case even if we think that these organizations are the most competent in the world.”

The Jewish student leaders’ noncommittal tone was in line with an earlier letter to JUF chief Nasatir from four University of Chicago Jewish students who had been supportive of Libenson. Though their letter mentioned a campus effort to organize a student boycott of the federation, it did not explicitly endorse that effort.

In his April 17 response to the student letter, Nasatir praised the students and defended the JUF’s actions.

“If we didn’t care so much [about Hillel], the Federation would not have invested $4 million in Hillel at the University of Chicago since we assumed full responsibility for it a decade ago,” Nasatir wrote. “And we would not have spent so much time and effort during the past year to avoid the separation with Dan and the advisory committee, which we neither desired nor initiated.”