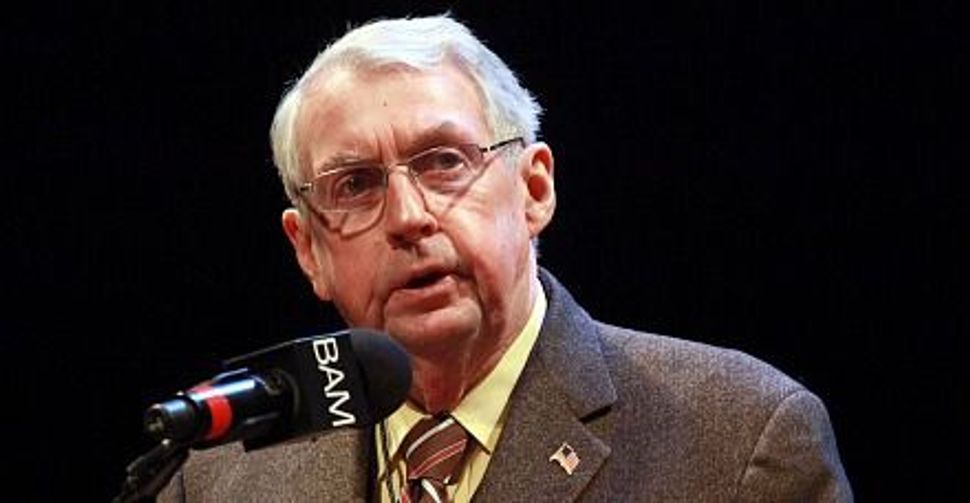 Brooklyn District Attorney Charles Hynes may be virtually alone in setting up a special program to prosecute child sex abusers in the Orthodox community — and then refusing to disclose their names. But a Forward survey of several other jurisdictions with large concentrations of Orthodox Jews suggests Hynes’s record of indictments and convictions of such predators far outstrips that of prosecutors with less focused, if ostensibly more transparent, policies. 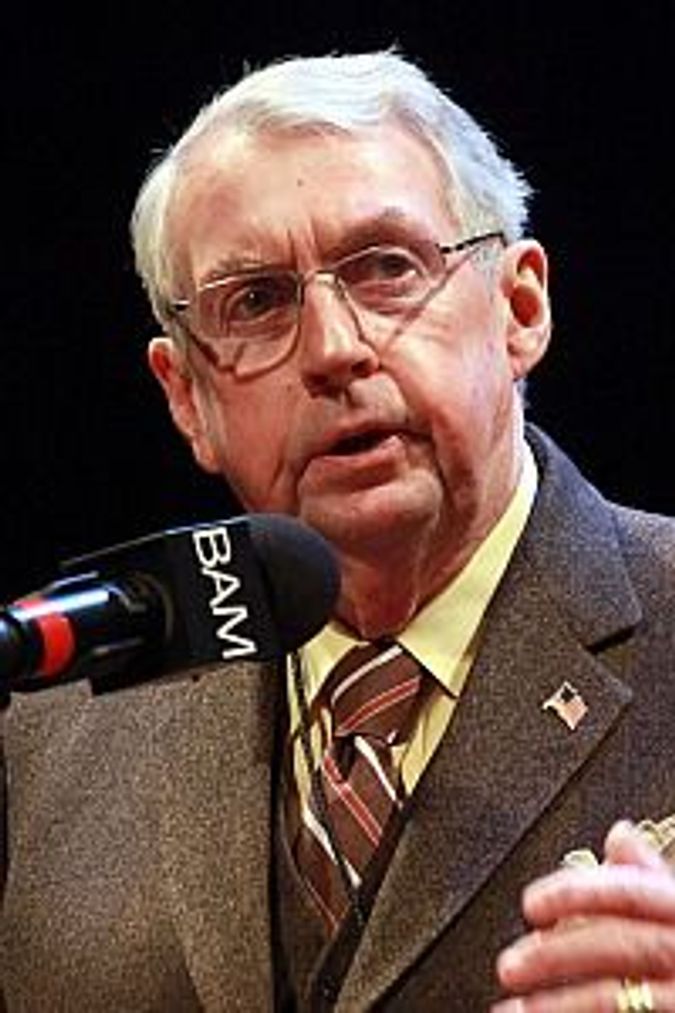 The survey, conducted after Hynes’s office formally acknowledged its policy of non-disclosure in a recent letter to the Forward, did not cover every Orthodox community. And the issue is further complicated by evidence that Hynes’s claim to have charged 85 Orthodox adults with sexual abuse in three years may be inflated.

But in Florida’s Miami-Dade County, Leah Klein, liaison to the Jewish community, recalled just one Orthodox abuse case during the past five years. A spokesman for the Los Angeles County District Attorney’s Office said she, too, remembered only one Orthodox abuse case in recent years. Ocean County Prosecutor Marlene Ford, whose office covers Lakewood, N.J., said she could recall only three abuse cases against an Orthodox adult since she took up the post five years ago.

Ford was one of several prosecutors who said it was unusual that Hynes refused to release the names of Orthodox abuse suspects he has compiled via Kol Tzedek, a special outreach program to Orthodox victims of sexual abuse. But several other prosecutors also declined to release such names.

Patricia Gunning, chief of the sex crimes unit in Rockland County, N.Y., said her office keeps no formal list like the one Hynes has compiled but she is currently handling about half a dozen Orthodox felonies plus multiple misdemeanors. Asked to disclose the names of these defendants, she refused.

The rarity of indictments or convictions of Orthodox sexual predators in other jurisdictions, compared with Hynes’s Brooklyn, suggests the complexity of evaluating the Brooklyn D.A.’s claim that pursuing sexual abuse in Orthodox communities requires a special approach.

His policy of not publicly disclosing alleged or even convicted Orthodox sexual predators was highlighted formally and in writing for the first time in Hynes’s response to a Freedom of Information Law request from the Forward and other media outlets. The Forward requested the names of the 85 alleged or convicted child sex abusers Hynes has publicly claimed to have charged in the last three years under the Kol Tzedek program.

“The circumstances here are unique,” Assistant District Attorney Morgan Dennehy wrote in his April 16 denial of the Forward’s request. “Because all of the requested defendant names relate to Hasidic men who are alleged to have committed sex crimes against Hasidic victims within a very tight-knit and insular Brooklyn community, there is a significant danger that the disclosure of the defendants’ names would lead members of that community to discern the identities of the victims.”

Hynes has been criticized for years by abuse victims and their advocates — and in editorials in media outlets such as the Forward — for his handling of sex crimes in the Orthodox community. The prosecutor not only refuses to name Orthodox individuals who have been charged with abuse, he is withholding the names of 14 people who were convicted of abuse-related crimes and 24 Orthodox adults who were released on probation after pleading guilty to lesser charges. They include at least 13 people who have registered or who will have to register as sex offenders.

Advocates for full disclosure argue that releasing names would enable members of these tight-knit communities to better protect their families. Institutions such as schools could also more easily ensure they don’t hire child sex abusers — who sometimes move from one Orthodox community to another — for positions that involve contact with children, advocates say.

Hynes has offered to confirm names submitted to his office. But this would require sifting through thousands of records to identify those whose names suggest they are Orthodox Jews.

Hynes has come under pressure partly because Kol Tzedek, by specifically targeting the Orthodox community, generates a list of Orthodox names, and because his office has publicly touted the program’s success — and its number of arrests.

But Hynes’s number claims have come under scrutiny after an April 24 article in The New York Jewish Week reported that eight cases the D.A. claims as a result of Kol Tzedek were active before the program began. In response, the D.A.’s spokesman, Jerry Schmetterer, told the newspaper that the D.A. “made [the cases] part of Kol Tzedek.”

Hynes has also been criticized by victim support groups for too often accepting plea deals instead of going to trial. He is not alone.

In Orange County, N.Y., the parents of an Orthodox abuse victim sent an open letter to District Attorney Francis D. Phillips on April 26, stating that they were “expressly opposed” to a plea bargain for 52-year-old Joseph Gelbman, who was arrested last year on charges of abusing a 14-year-old boy.

Phillips did not respond to several calls for comment about the issue of tackling Orthodox abuse.

Yet several prosecutors said plea deals are often the best outcome a prosecutor can hope for. “The phrase ‘plea deal’ often has a negative connotation for the public,” said Jake Wark, a spokesman for the Suffolk County District Attorney’s Office in Massachusetts, which has tackled abuse in Boston’s Roman Catholic community. “A defendant does not plead guilty out of their own good nature.”

Plea deals are particularly important in child sex abuse cases, say the defenders of these deals, because such crimes are notoriously difficult to prosecute. Victims often come forward months or years after the assault. There are rarely witnesses or DNA, just the survivor’s word against his or her abuser.

Prosecutors say victims often struggle against a sense of embarrassment and shame. In court, they are forced to relive their trauma, and they often face character assassination by the defense. If victims come forward while they are still children, the process can be even more complicated and traumatic.

“If I stand a better chance of taking a plea and getting a person registered [as a sex offender] and notifying the public via that avenue,” said Gunning, the sex crimes unit chief in Rockland County, N.Y., “that might be the best decision.”

Gunning said during her four years working in Rockland County, which includes the ultra-Orthodox enclaves of Monsey and New Square, all of her abuse cases have resulted in plea deals, though she was quick to add that her office takes many cases to trial.

She defended her refusal to name those charged in any of the half-dozen or so sexual abuse felonies and multiple misdemeanors she is currently handling in which the defendants are Orthodox community members.

“In a couple of cases…[the victims] are fragile, and I would do anything not to compound the difficulty they already face,” Gunning said. “You can see our court calendars. It’s not like we are trying to keep some secret from the media,” she added. “We want to protect our victims. Period.”

Intimidation has been widespread. In Ocean County, Ford brought witness tampering charges against Shaul Luban in 2010 for sending a text message to community members, urging them to pressure a victim’s father not to co-operate with police. Meanwhile, Ford has never solved the case of an arson attack on the home of parents who spoke out after their abused son, Yehoshua Finkelstein, died in an apparent suicide several years ago.

Even without community pressure, many Orthodox parents are reticent to come forward out of fear they will be ostracized, their children thrown out of school and their chances of marriage damaged. In cases where abuse is committed by a relative, there are further pressures associated with reporting a husband, father, brother, uncle or son.

Baltimore County Assistant State’s Attorney Lisa Dever said Orthodox cases are complicated further because of the involvement of rabbis, who are often consulted before a victim reports abuse to the police. “By the time it gets to us,” Dever said, “it has already been through rabbis, and everyone has a version of events.”

But in most cases, Dever said, she feared abuse complaints never reach her office. “They [Orthodox Jews] don’t want outside intervention, which is why most of them don’t come forward.”

Set against this backdrop, Dever said she would not be surprised if Hynes agreed not to release defendant’s names in return for community cooperation. “If the community is not going to be cooperative, what is he supposed to do?” she said.

Yet even the ultra-Orthodox umbrella organization Agudath Israel of America, which maintains that a rabbi must be consulted in most cases before a suspect can be reported to police, opposes Hynes’s blanket ban on naming Orthodox sex crime suspects. “The law has to treat everybody equally,” said David Zwiebel, Agudath’s executive vice-president.

Zwiebel believes each case should be judged on its merits. “I certainly don’t think it’s healthy for us as a community, for the Brooklyn D.A. or anybody to say [they are] going to make blanket assumptions about the entire community… rather than thinking about each individual case,” he said.