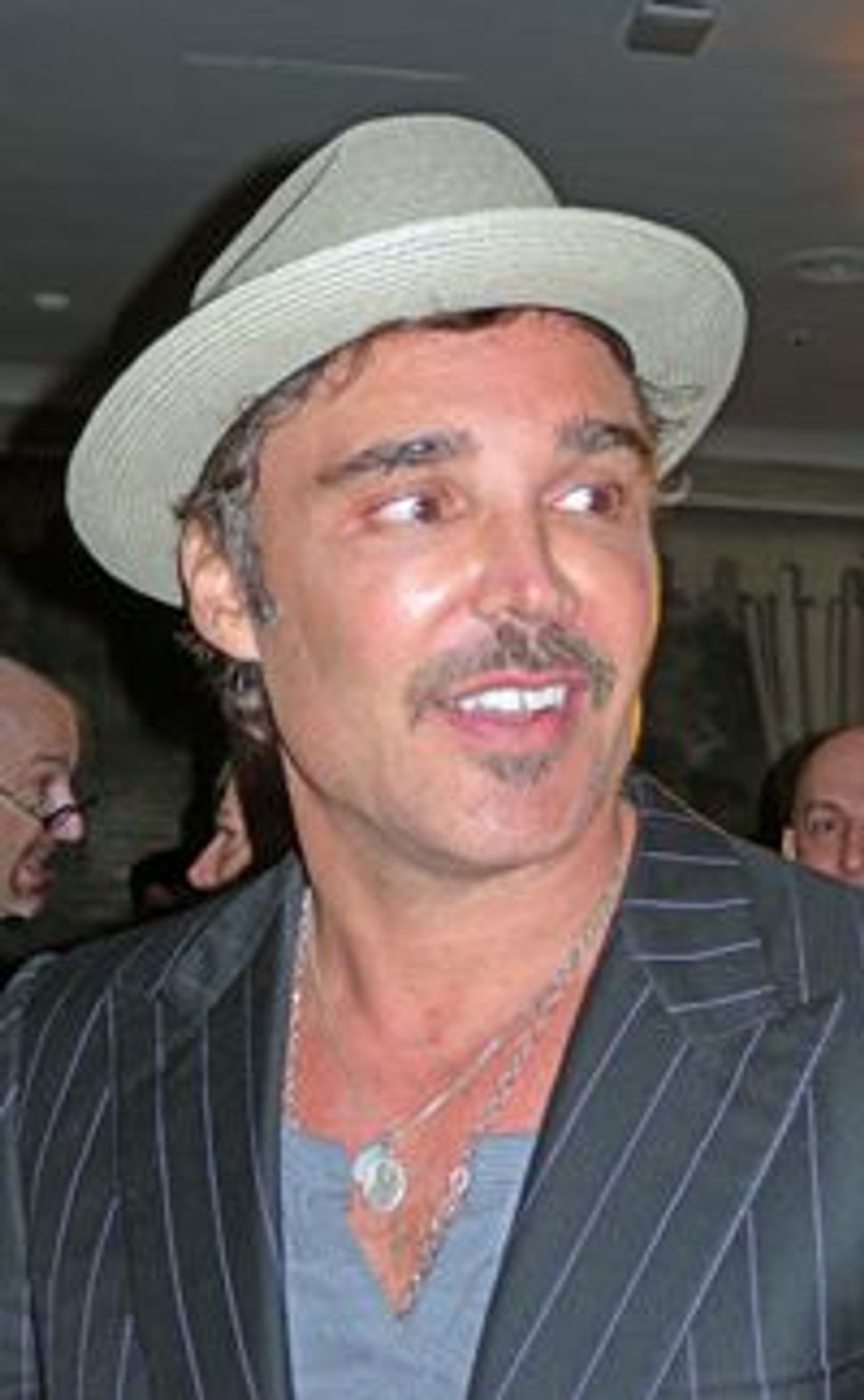 At the American Friends of Rabin Medical Center’s April 26 luncheon, held at the restaurant Fifteen Central Park West, guest speaker Lucette Lagnado recalled an Egypt where “Jews, Muslims and Christians lived side by side until 1953.” She explained, “There was once a vigorous 80,000-strong Jewish community between Cairo and Alexandria; what is left now are 40 — mostly elderly widows.”

A cultural and investigative reporter for The Wall Street Journal since 1996, Lagnado held the posts of senior editor and executive editor at the Forward during the year span 1993 to 1996. She told the 150 women in the room, “It took years for me to return [to Cairo] to research for my book.” When she finally did return, Lagnado said, she found an “Egypt more intolerant than when our family left during [The reign of Gamal Abdel] Nasser.”

Reading from her book, “The Arrogant Years: One Girl’s Search for Her Lost Youth, From Cairo to Brooklyn” (HarperCollins, 2011), Lagnado described Cairo in the 1920s and ’30s. “Jews… were rising to the top and becoming not simply ministers but pashas and beys…. Influential Jews were now involved in… every sector of society, from banking to agriculture, from commerce to education. At King Fouad’s court… a Jewish woman [Madame Alice Suarez Cattaui Pasha, lady-in-waiting to Queen Farida] now held more power than the queen herself and had emerged as Fouad’s most faithful and trusted adviser…. She had established a private Jewish school, L’Ecole Cattaui, a school that was no more…. and which no one remembered.” In an aside, Lagnado mentioned that some famous Egyptian-Jewish “ex-pats” who moved to Paris and Geneva “missed Egypt so horribly that every single member converted…. It was easier to be a Jewish aristocrat in Egypt than in Christian Europe.”

At a gala for the American Friends of the Tel Aviv Museum, held at the Pierre on April 26, Haim Samet, chairman of the Tel Aviv Museum’s finance committee, announced the completion of the construction of the 190,000-square-foot new $52 million building, which, he noted, “has resulted in record-breaking numbers of visitors.” Suzanne Landau, the museum’s new director and chief curator, lauded the museum’s international level. Founded in 1932, the Tel Aviv Museum of Art is Israel’s leading modern art museum and home to the largest collection of Israeli art in the world. Each year, more than 70,000 children and 18,000 adults enjoy its various programs. 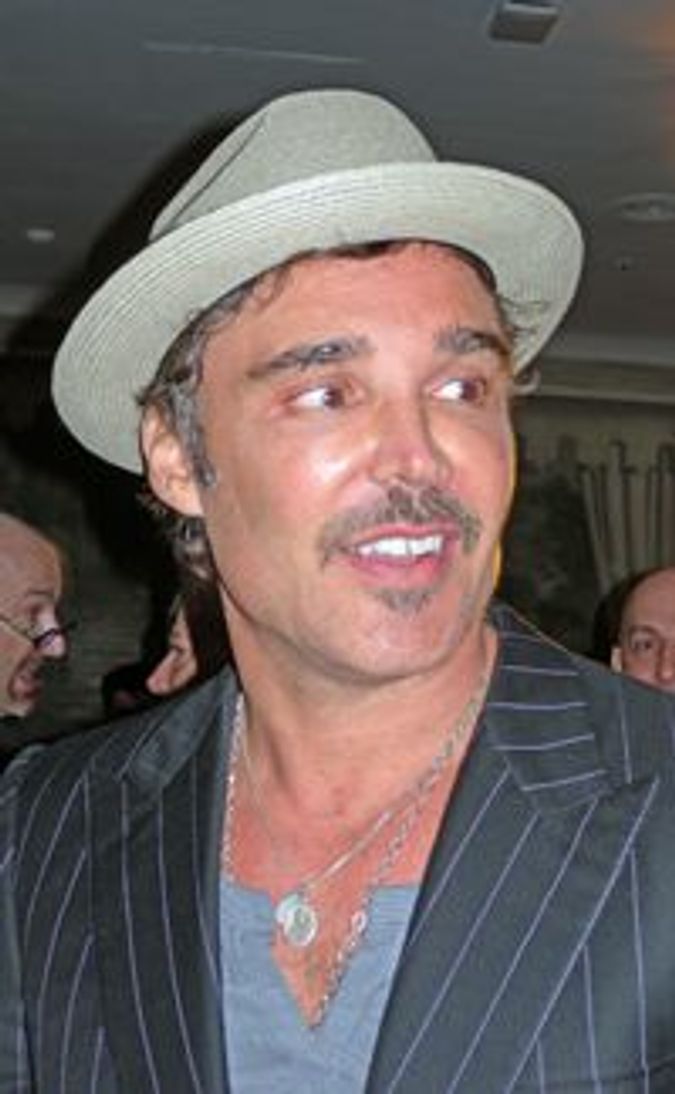 The gala reached a high point with the announcement of the donation to the museum of 15 works of art — including a Francis Bacon triptych estimated at $75 million. This collection was accumulated over a lifetime by Susan Roland and her husband, the late Anton Roland. A teary-eyed George Roland paid tribute to his parents’ passion for art collecting: “Father was born in Carpathia [Czechoslovakia]. Mother was born in Hungary. They married in Budapest. In 1946 they moved to Paris and dreamt of owning paintings…. In 1949 they bought a Chagall in Israel [and] kept on buying paintings all over Europe. When [Dad] bought the Francis Bacon painting, his wife remarked that it was immoral to pay so much money [for it]. He pacified her by saying that it would eventually go to the Tel Aviv Museum…. It was their greatest wish to have a collection and to donate it after our passing, to share it with the Israeli people.’”

Photographer David LaChapelle, who received the “Artist of the Year Award, said: “When I first came to Israel I was in my early 20s…. I dreamed of having a picture in the museum!” The museum’s photography collection features works by 19th- and 20th-century photographers, including American photojournalists Robert Capa and Weegee. LaChapelle, whose images have graced the covers of Vogue, Vanity Fair and GQ and who has created music videos, stage works and feature films, said that when “asked to do an exhibition there, I was speechless! It was the antithesis of what I’d experienced in other museums of art. The people at Tel Aviv Museum blew my mind. The warmth of the people of Israel was the personification of the [concept] of ‘living in the moment,’ [like the] people who were on the beaches at all hours of the night.”

Madeleine Grant, president of the Jewish Women’s Foundation of New York, shared her family history with the 250 guests at the foundation’s April 26 luncheon, held at the Pierre Hotel: “My mother’s parents emigrated from Russia,” she said. “While working as a secretary, my mother [Rita Rudel] managed to earn a Ph.D. in neuroscience, [which led to] her career as head of neuropsychology at Columbia Presbyterian. My father [Julius Rudel] escaped Nazi Vienna at 17 and became a world-renowned opera conductor.” Since its inception in 1995, Grant explained, the JWFNY has raised more than $2.5 million, distributed in grants, for 80 innovative programs for women and children. This year it will distribute more than $500,000, with an additional $170,000 awarded to Israel.

Journalist Paula Zahn interviewed the three JWFNY honorees: ABC News business correspondent Bianna Golodryga, co-anchor of the weekend edition of “Good Morning America”; philanthropist Alexis Azria, and Carolee Friedlander, founder and CEO of AccessCircles, a networking organization for women in business. Among the boards on which Azria serves is Our Soldiers Speak, which works to establish common ground between the soldiers of Israel and the people of the world.

Golodryga arrived in America at 18 with her family of political refugees. “Three Jews from Moldova landed in Galveston, Texas, without any English and with only $250,” she said. “My mother mopped floors. It was rough.” Golodryga warned, “Never talk down to women!” Azria described her home state of West Virginia as “one of the poorest.” She recalled: “Most of my girl cousins had children out of wedlock. My mother protected us from a very vicious and abusive father.” Friedlander described herself as “a staunch feminist in the best way.” She said, “I grew up in Washington Heights… I have three children, nine grandchildren. I wanted to provide for my children, so I started Carolee Designs. I didn’t realize how difficult it was to do this.” Noting that “85% of the employees were women,” Friedlander spoke of the need for “financial independence, not only for your daughters and your granddaughters, but for yourselves.”