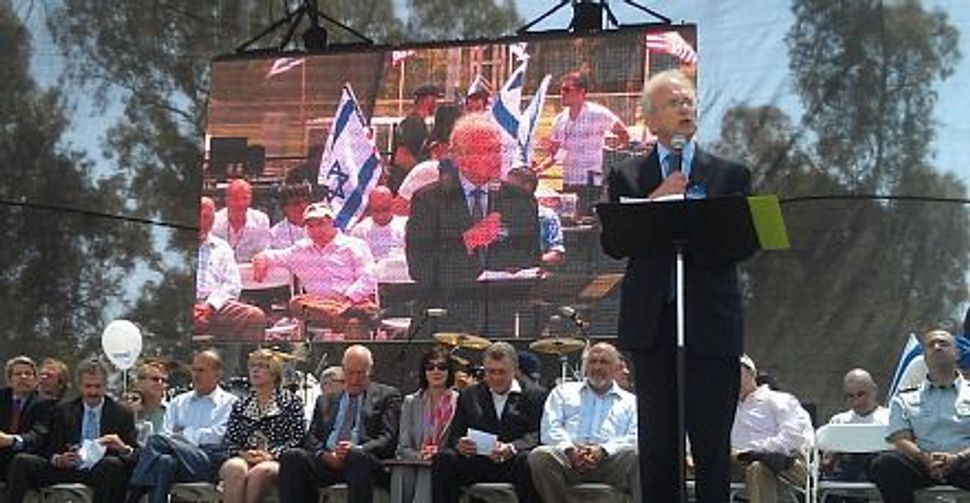 Image by courtesy of howard berman 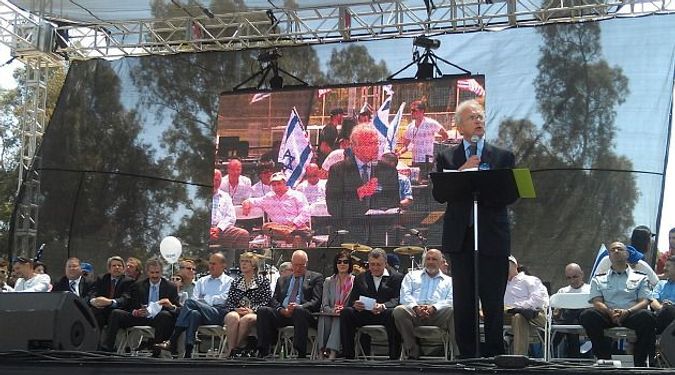 It’s the battle that has confronted pro-Israel donors nationwide with a choice they hate: having to decide between two staunchly pro-Israel congressional incumbents with whom many have long, supportive relationships.

But one way or another, pro-Israel donors have come down firmly on the side of Democratic Rep. Howard Berman in his death match against Democratic Rep. Brad Sherman in California’s San Fernando Valley.

The battle between the two pro-Israel Jewish Democrats is a result of a redistricting decision that placed both sitting congressman in California’s newly drawn 30th District, which combines two San Fernando Valley congressional districts.

The rationale for favoring Berman in the pro-Israel funding race varies among different pro-Israel donors. For some, it’s Berman’s perceived superior clout, thanks to his seniority and his ranking minority leadership position on the crucial House Foreign Affairs Committee. For others it’s a perception of Berman’s relative moderation and Sherman’s relative hawkishness when it comes to support for a two-state solution to Israel’s conflict with the Palestinians. And then there are some media industry figures with strong pro-Israel profiles who are backing Berman for reasons that may actually have little to do with Israel at all.

Berman’s pull on party leadership and the pro-Israel powers that be is a “reflection of his long-standing leadership role in Congress and with Democrats in California,” said Raphael J. Sonenshein, executive director of the Edmund G. “Pat” Brown Institute of Public Affairs at California State University, Los Angeles. But while Berman is a “significant power broker in Washington,” Sonenshein cautioned that this does not necessarily “win congressional elections” at home.

Sonenshein’s explanation may be a bit terse. But ask some of the pro-Israel players themselves why they back Berman over Sherman, and their explanations seem vague.

“He is a longtime friend,” Dennis Ross, the former top White House adviser on Middle East issues, told the Forward. Ross was scheduled to be the star briefer at a May 21 campaign event for Berman. The presence of Ross, who is now counselor at the Washington Institute for Near East Policy, a think tank supportive of Israel, may reassure some who would otherwise harbor reservations about Berman’s pro-Israel assertiveness. As chairman of the Foreign Affairs Committee and later the ranking Democrat, Berman staved off pressure to move forward immediately with aggressive sanctions against Iran until the White House felt the timing was right, in coordination with its efforts to marshal international support for stepped-up moves against Iran’s nuclear program.

Local issues in the district, which is home to more than 120,000 Jews, include who should take credit for the $1 billion widening of the 405 Freeway leading into (and out of) the valley, Super PACs (Sherman is asking for a federal probe of a PAC backing Berman) and who was first to release tax returns. But these are taking a backseat to the question of who is the strongest supporter of Israel.

For Berman, it has been an easier ride. When President Obama came to town for a $14 million fundraiser at George Clooney’s Fryman Canyon home May 10, it was Berman who, at White House invitation, met the president’s helicopter at Bob Hope Airport in Burbank, Calif., and rode with him to the glitzy party.

“The congressman used this important opportunity to speak with the president further about Iranian nuclear threats, the need for more police officers on Valley streets, and the importance of protecting entertainment industry jobs in the Valley,” a statement from Berman’s office read.

Traversing the country in fundraising events of his own, Berman has managed to win support from an array of prominent pro-Israel names, from those associated with the center left to activists known for their hawkish views. Most notably, he has locked in backing from three former presidents of the American Israel Public Affairs Committee, Washington’s influential pro-Israel lobby: liberal-leaning Amy Friedkin, centrist Orthodox Howard Friedman and Robert Asher, a longtime AIPAC power broker known to be close to Republican circles.

Sherman’s camp is short on backers of similar stature. His campaign did not respond to repeated requests from the Forward to provide names of pro-Israel figures backing him. A spokesman for the congressman told the Forward he could “potentially get other major figures in the Jewish and Israel community, but they will likely be concerned about their name being used.”

The need to choose between two highly visible Jewish candidates seems to have put supporters in an uncomfortable position. “They are both very pro-Israel, and it is unfortunate they have to run against each other,” Rosen said. Another backer of Berman who would not speak on record added that Berman and Sherman are “two very nice gentlemen.” Supporters were reluctant to expand on their reasons for preferring Berman to Sherman, presumably wishing to avoid being seen as critical of Sherman.

The differences between the two on Israel are nuanced. Berman, a 29-year veteran of the House, is seen as holding centrist views on Israel and taking a moderate approach to the Israeli-Palestinian issue and on how to deal with the perceived nuclear threat to Israel from Iran.

Sherman, during 14 years in Congress, established himself as one of the more vocal supporters of Israel and has led much of the congressional activity seeking to apply pressure on Iran. “There is a huge difference in their policies,” said a Sherman supporter when comparing his views on Israel with those of Berman. The supporter, a senior Jewish leader who spoke on condition of anonymity, accused Berman of being “the single biggest obstacle” to legislation imposing tougher sanctions on Iran. Sherman was among those pressing Berman to move the bill forward, but Berman, as top Democrat on the committee, chose to hold the bill until an agreement was reached with the Obama administration regarding the timing of the sanctions.

In recent months, Berman has taken several actions to bolster his pro-Israel credentials. He introduced legislation that called on the administration to extend loan guarantees to Israel; a resolution advocating strengthening military ties with Israel, and a bill allowing Israeli citizens to apply for investor visas in the United States.

Sherman’s campaign has sought to draw a clear difference between its candidate and Berman, citing in particular Berman’s aggressive trolling for out-of-state support and donors. Sherman remains close to his constituents, as his campaign aides stress, drawing on grassroots support rather than on outside backing. Sherman’s website contains an impressive list of eminent valley folks, from priests, rabbis and imams to block association presidents and environmentalist/actor Ed Begley Jr.

Sherman, explained Sonenshein, who watches local California politics closely, has an edge when it comes to the political structure of the new congressional district, in which he is better known.

Still, Berman is drawing backing and campaign dollars from one prominent in-state, heavily Jewish constituency: Hollywood magnates. Berman’s role on the subcommittee for intellectual property issues has earned him A-list friends such as Jeffrey Katzenberg, David Geffen and Steven Spielberg. DreamWorks Studios hosted a fundraiser last November at the Beverly Hilton that raised more than $1millon.

Berman’s top five contributors are all also media companies: Time Warner Inc., Comcast, The Walt Disney Co., News Corp. and National Amusements. Peter Lowy, a shopping mall mogul and board member of the not-for-profit Tribe Media, publisher of the Jewish Journal, has contributed to both candidates, but mostly ($5000 over two campaign cycles) to Berman.

TV Golden Girl Betty White appears with “Hot in Cleveland” co-star Wendie Malick in a TV spot for Berman, embracing the congressman for his record on animal rights, the only issue in Hollywood surpassing the Middle East crisis, and perhaps global nuclear disaster, in importance. “He has very nice blue eyes,” White noted in the ad.

The campaign has been expensive, and its cost is expected to soar after the June 5 primary, when both candidates are expected to go on to the November runoff. Berman has raised nearly $3 million according to latest disclosures, and spent $1.6 million. Sherman has raised nearly $2 million and spent nearly $1 million. Sherman, a certified public accountant, has $4 million in cash on hand, thanks to some wise investments, while Berman has $2.4 million in his war chest.

Rex Weiner filed from Los Angeles. Contact him at rexweiner@forward.com.

Nathan Guttman filed from Washington. Contact him at guttman@forward.com