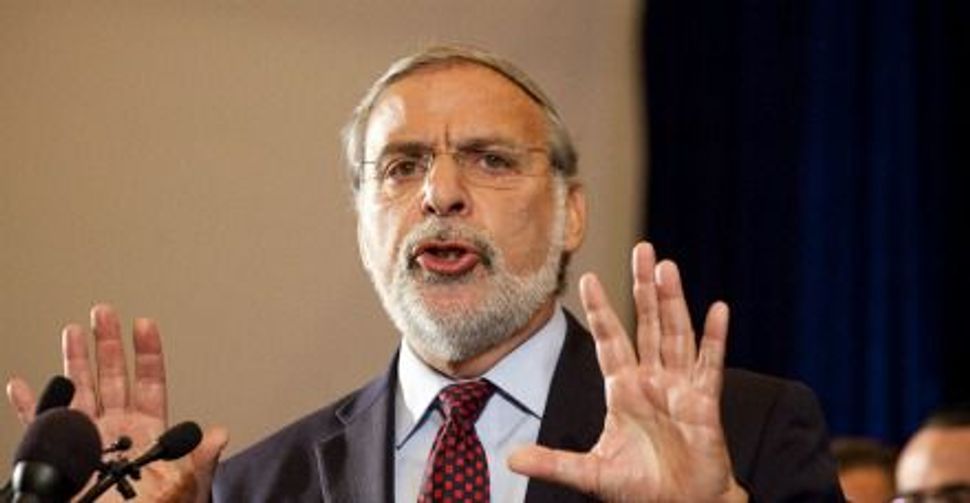 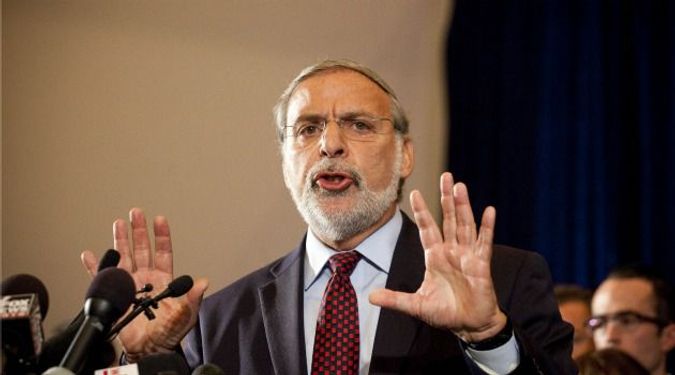 Protect Yeshivas? Brooklyn lawmaker Dov Hikind introduced a bill that would extend the statute of limitations for child sex abuse while protecting Jewish institutions from possible lawsuits. Critics say he is shielding those who shielded the abusers. Image by getty images

Sex abuse victims and their advocates hope that a flurry of high-profile news stories in The New York Times and beyond, highlighting community intimidation and a code of silence around sex crimes in the Orthodox world, will pressure the governor to revive a bill that has languished for years in New York State’s legislature.

The bill, proposed by Democratic New York Assemblywoman Margaret Markey, would extend the statute of limitations for an additional five years, allowing childhood victims to file complaints until age 28. The proposed legislation would also eliminate the restriction completely for one year after its passage, allowing victims to file suit who were harmed decades ago but who are blocked by the current statute of limitations.

The recent media storm has focused on the refusal by Brooklyn District Attorney Charles Hynes to disclose the names of Orthodox individuals charged with sex abuse, as reported by the Forward earlier in May. Advocates say a change in the D.A.’s policies is essential. But on the civil law front, they say, passage of the Markey bill could forever change the dynamic that they say now prevents victims of abuse from coming forward with their complaints.

“If the Markey bill passes, then the victims would be able to stand up to the incredible pressure and intimidation of the entire leadership,” said Ben Hirsch, president of Survivors for Justice, an organization that advocates on behalf of child sex abuse victims in the ultra-Orthodox community.

The recent media exposure has helped to “move this issue forward,” said Hirsch. “The question we have is why the deafening silence from the governor’s office? It is time for the governor’s office, the attorney general and the legislators to put children’s lives ahead of political exigency.”

Markey first introduced the bill in 2005. Since then, it has passed through the state assembly on four different occasions, only to languish in the Senate each time. Over the years, the bill has faced fierce opposition from Catholic and Orthodox Jewish groups that adamantly oppose its one-year window to revisit expired sex crimes. This stipulation, they say, would result in a flood of lawsuits that could bankrupt religious schools and houses of worship.

In an interview, Markey said that religious opposition to the bill has deterred lawmakers in the Republican-controlled Senate from co-sponsoring it. Rather than seek out a co-sponsor this session, she is now appealing to the governor directly. Two weeks ago, she met with the governor’s legal counsel, and she has requested an appointment with Andrew Cuomo’s secretary to plead her case.

“I would like to see the governor step up to the plate and make this one of his program bills,” she said.

Cuomo’s office did not respond to repeated calls for comment regarding the governor’s position on the bill. But Marci Hamilton, a professor at Yeshiva University’s Benjamin N. Cardozo School of Law, said it is noteworthy that Cuomo has not come out against the bill, given the Catholic Church’s opposition to it. “We don’t have a statement from his office either way yet, which is promising,” she said.

Markey’s bill isn’t the only proposed legislation dealing with the statute of limitations in the assembly this session. Dov Hikind, a Democratic assemblyman who represents the ultra-Orthodox Brooklyn neighborhood of Boro Park, has presented a rival bill that has many of the same components — but there’s one major difference: Hikind’s bill would extend the statute of limitations for victims to file suit against alleged sex abusers, but not against the schools and religious institutions that have, in some cases, protected them.

“The concern is about institutions,” Hikind said. “Yeshivas are hardly surviving financially. You would put them out of business.”

But Hamilton disagrees. In states that have extended the statute of limitations — such as California, Delaware, and Minnesota — institutions sued for protecting sex abusers don’t go bankrupt, she said, but rather pay out victims through their insurance or by liquidating old buildings and empty lots. If sex abuse victims were only able to sue individuals, she added, their restitution would be limited to their perpetrator’s sometimes meager assets.

Hikind’s legislative liaison, Holly Charlesworth, responded that suits are “about the justice” of the victims’ cases more than the money.

Hikind, who has positioned himself as an advocate for sex abuse victims in the Orthodox community, is listed as a co-sponsor on the Markey bill. But he said that he would not endorse the bill if it came to a vote in the assembly.

“I don’t think the Markey bill is going to go anywhere,” he said.

Hikind said that his bill —which he characterized as a politically palatable alternative to Markey’s — was drafted with the input of Agudath Israel of America, an Orthodox umbrella group that has declared that observant Jews must get the permission of a rabbi in order to report sex crimes to secular authorities. Agudath executive vice president David Zwiebel could not be reached for comment before deadline. But in a 2009 interview he conducted with the Orthodox magazine Mishpacha, Zwiebel said that he supported a bill that targeted individuals, not institutions.

Hamilton said that Hikind’s proposal would do little to help victims of sex abuse. “The problem is that the bill is still protecting the organizations and the powerful men in those organizations that are creating a lot of the problems,” she said. “So long as the legislators continue to defer to the men in power that are covering up the abuse of children, we are going to have serious problems.”

Hamilton said that the increased press coverage of sex abuse in the Orthodox world has shown the public that the Catholic Church isn’t the only institution to cover up sex abuse. Since The New York Times published its report, the issue has received substantial airtime in the national and New York media. Most recently, Mayor Michael Bloomberg lambasted Hynes for not countering Agudath’s position that victims of sex abuse should obtain the permission of a rabbi before reporting to secular authorities.

“Any abuse allegations should be brought to law enforcement, who are trained to assess their accuracy and act appropriately,” Marc La Vorgna, a spokesman for the mayor, told the Times.