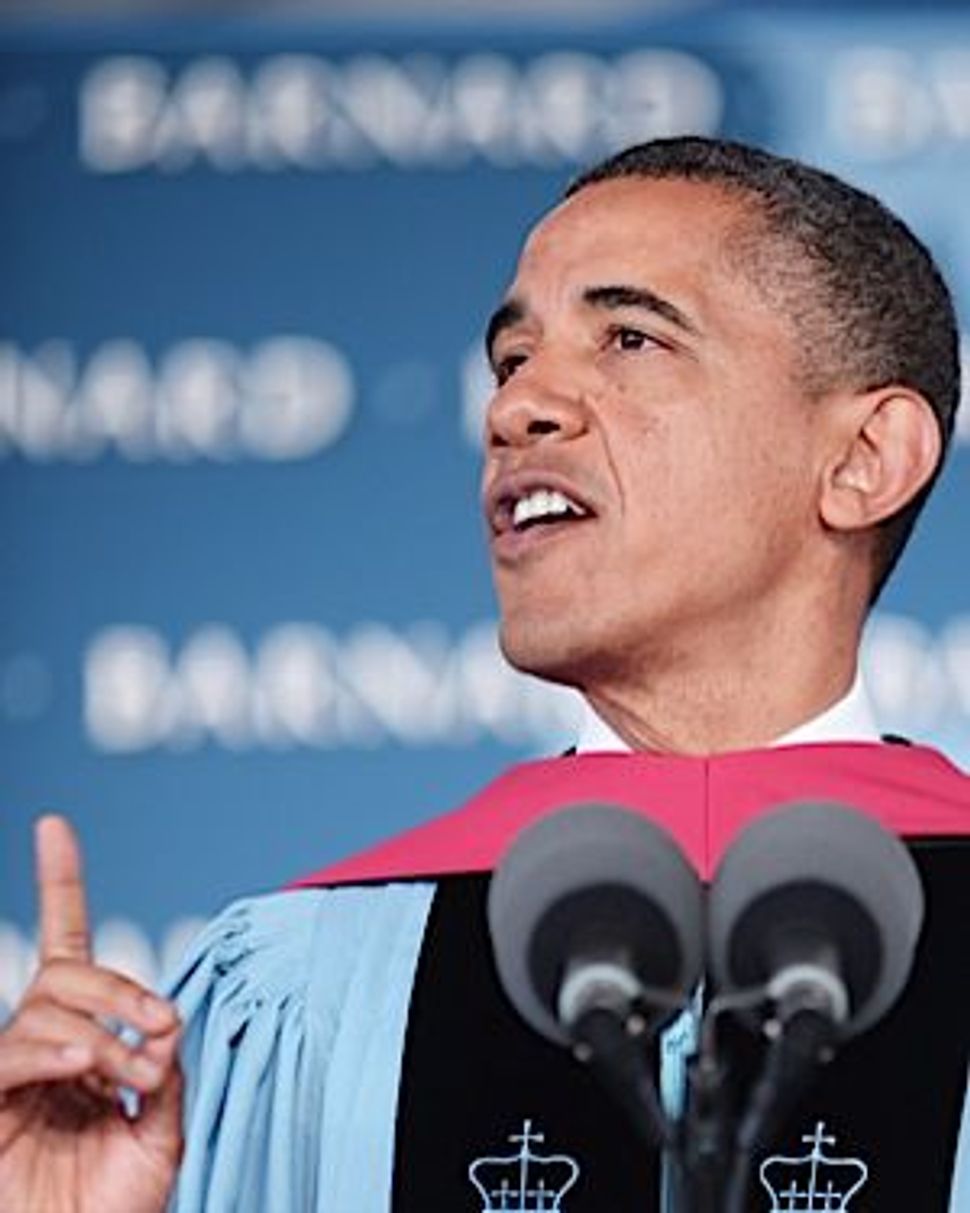 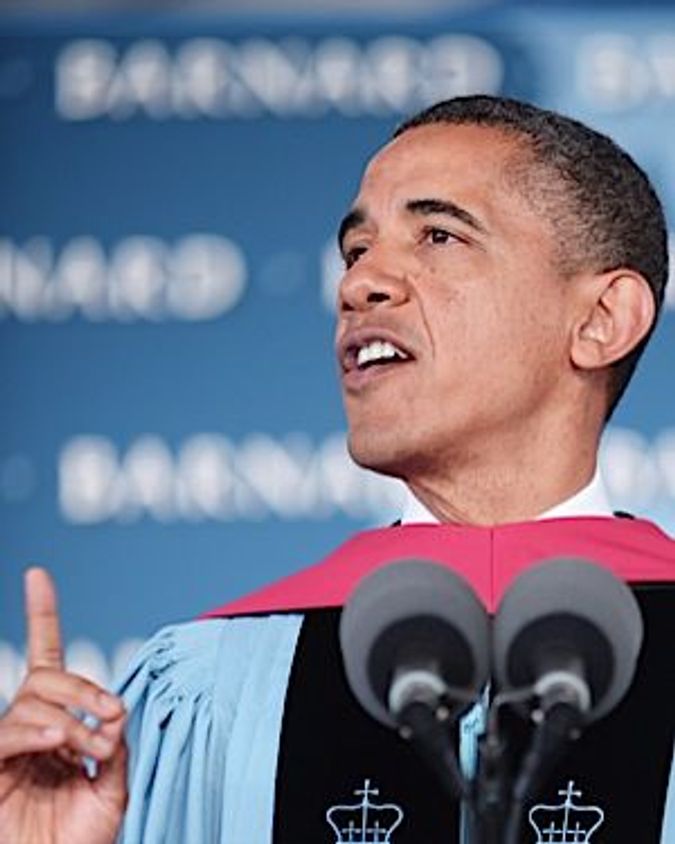 Since graduating from Barnard College in 2007, I have watched Anna Deavere Smith, Meryl Streep and Sheryl Sandberg address the graduates of my alma mater. No matter the speaker, the role of women in our world is always front and center in these speeches. This year’s speaker — President Obama — seemed to offer the ultimate opportunity to hear someone I admire speak about women’s rights.

Cloaked in one of Columbia’s signature pale blue gowns, Obama stood behind the podium and joked about his time at the university in the early 1980s, when Michael Jackson’s moonwalk was the pinnacle of cool. More significantly, the president went on to discuss the improvements in the gender gap in higher education and in the workplace.

But what struck me most about this year’s graduation was not the speaker himself or what he had to say, but a small black book that was presented to him shortly before the ceremony. The book, “Pass It On: Wisdom from the Barnard College Class of 2012 to Sasha and Malia Obama,” is made up of 74 letters from members of the graduating class addressed to the First Daughters. The book embodies the sentiment of a Madeleine Albright quote that student body president Jessica Blank stated during her speech: “There is a special place in hell for women who don’t help other women.” So here, the Barnard Class of 2012, put pen to paper to help two young women.

The introduction of the book states: “To Sasha and Malia…We are honored that [your father] chose to share his words with us at our Commencement… and we wanted to share our thoughts with you in return.”

Barnard shared excerpts of the book with The Sisterhood.

Its advice includes: “Enjoy school as much as you can, it really can be an amazing time” and “Strive to make this country a place where all are welcomed regardless of sexual orientation, race, citizenship, culture or gender.”

But the most striking piece of advice I found in the seven letters that I was given, came from Elisa Zheng, who signed her letter with her name and the title “Potential Philosopher.” Zheng’s letter, presented in the form of a list, stated: “Know that ‘intelligence’ is not an accumulation of facts; it’s not how much you know but the way in which you think…. Don’t be intimidated by the people around you to state the obvious, because usually it isn’t, or if the people around you do find it to be obvious, question why they think that.”

“Determine friends not because of their social standing, their popularity, or what they can do for you, but because you like the person you become when you are around them.”

There’s been a lot of complaining and commenting about the naïveté and entitlement of my generation. (See many of the reviews of the HBO series “Girls.”) But Zheng’s maxims are good things to be reminded of whether you’re 10 and 13, like Sasha and Malia, or 30 or 50.