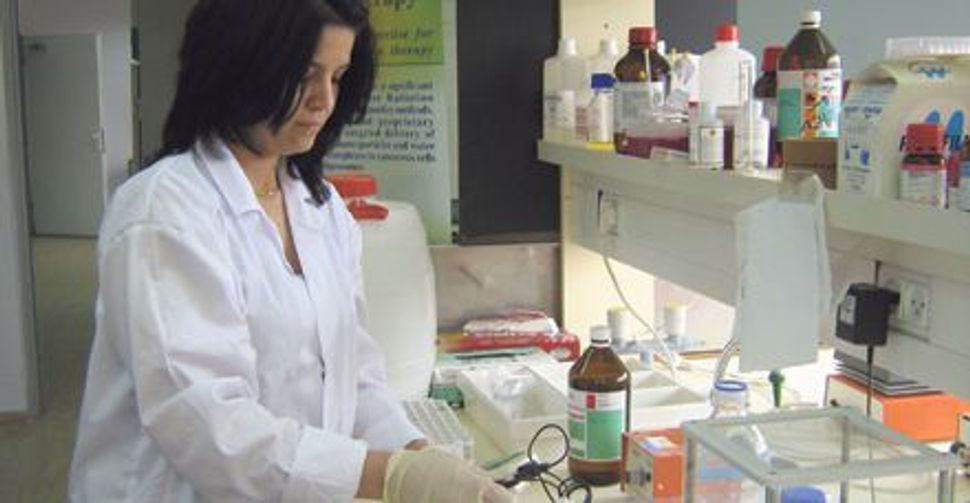 Image by Courtesy of Amal Ayoub 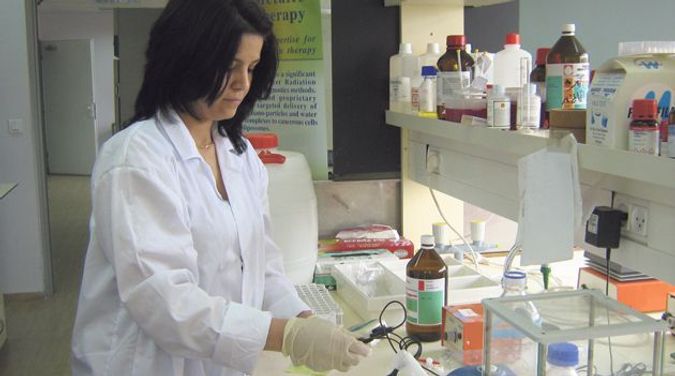 I Am Woman: Amal Ayoub, who founded a biotech company that produces injections to help make cancer treatments more effective, believes her gender and the fact that she?s an Arab have helped her become a leader in her field. Image by Courtesy of Amal Ayoub

At first glance, it looked like any other professional conference. But when Israel’s biomedical industry descended on Tel Aviv for its annual gathering May 21, there was one key difference: the gender mix.

The biomed industry — which pioneers and produces medical devices, equipment and drugs — is booming in Israel, where there are more medical device patents per capita than anywhere else in the world. The country is home to more than 1,000 life science companies, with 50 to 60 new companies established every year, according to the IVC Research Center, which provides support services to startups.

But unlike most top-flight professions in Israel — a country where the average working woman earns a third less than the average working man — the biomed industry is not male dominated. In fact, in this industry, women are breaking the glass ceiling, taking on more leadership roles than ever before. In the past five years, women in biomed have increased to represent 50% of people working in the field. The biotech recruiting company the Nisha Group provided figures to the Forward, suggesting that in some areas of biomed — the most technical fields — the figure is closer to 60% or 70%.

Why the difference? In the 1990s, Israel became a high-tech hothouse. While some women played prominent roles, the boom was very much male led. Still today, for every seven men who earn doctoral degrees in the field of engineering only one woman does so, according to the Ministry of Science and Technology. By contrast, across life sciences degrees there are more women than men, and these women are progressing well upon graduation.

Michal Geva, managing partner of the biomed venture fund TriVentures, attributes this shift to the lack of obstacles in the biomed field that women face in other scientific sectors, such as defense technology. In those fields, employers place heavy emphasis on experience in high-ranking military units, which tends to be more common among men. Geva also credits female aptitude for life sciences, including biomed: “The fact that you can contribute in an area that preserves life and quality of life, which isn’t just a chip for video streaming, gives a lot of satisfaction,” she said.

Miriam Erez, head of the Science and Technology Ministry’s Council for the Advancement of Women in Science, agrees. “It’s because women are more nurturing,” she said. “So this is why they are less inclined to other areas of technology but more so to biomed, where you can see the people behind the science who you are helping.”

Some researchers suggest that the biomed process holds particular appeal for women for another reason. Efrat Litman, vice president at Caesarea-based Itamar Medical, which develops devices that warn of vulnerability for heart disease and strokes, believes that the interdisciplinary nature of biomed gives women an advantage. “It requires the threading of multiple ideas, and I really think women are better at that,” she said.

Israeli startups are constantly pushing themselves to develop, market and sell a product speedily, but biomed is different; the mass of tests and approvals needed to develop a product makes it a slow process. This is widely seen as a negative, but Litman thinks that it actually makes the industry a niche within Israeli innovation that allows women to balance work and family. “Industry in Israel is fast-going with long hours, but this is less the case in medical devices. You can’t make things go faster with a device by staying an extra two hours in the office,” she said.

And it isn’t just Jewish women who are excelling. In general, Arab women are less integrated than any other sector into Israel’s work force. The Central Bureau of Statistics reports that only 15% of Arab women work in Israel compared with 53% of Jewish women, and that the Arab women earn far less than their Jewish counterparts. But they are steadily advancing in biomed jobs.

“I cannot say that there aren’t obstacles, but none got in the way of me,” said Amal Ayoub, who is thought to be the first Arab woman to head a startup in Israel.

Ayoub, a 36-year-old mother of two from Nazareth, set up the Shfar’am-based Metallo-Therapy in 2010, using seed money from an Israeli government science program. The company develops injections that contain gold nanoparticles, which Ayoub’s research suggests can increase the effectiveness of radiotherapy among cancer patients by producing secondary radiation.

With some significant investment already under its belt, including from the renowned Herzliya-based Arkin Holdings, Ayoub said that her company is attracting funds faster than most. And she thinks that her gender and minority status have helped her.

Arab women, she believes, are perceived as less threatening than Arab men in a Jewish-dominated business setting. And her story makes her a novelty: “People want to meet me because they think of an Arab woman heading a company as curious, and people in venture capital companies say, ‘Let’s meet with her,’ and from this comes opportunities.”