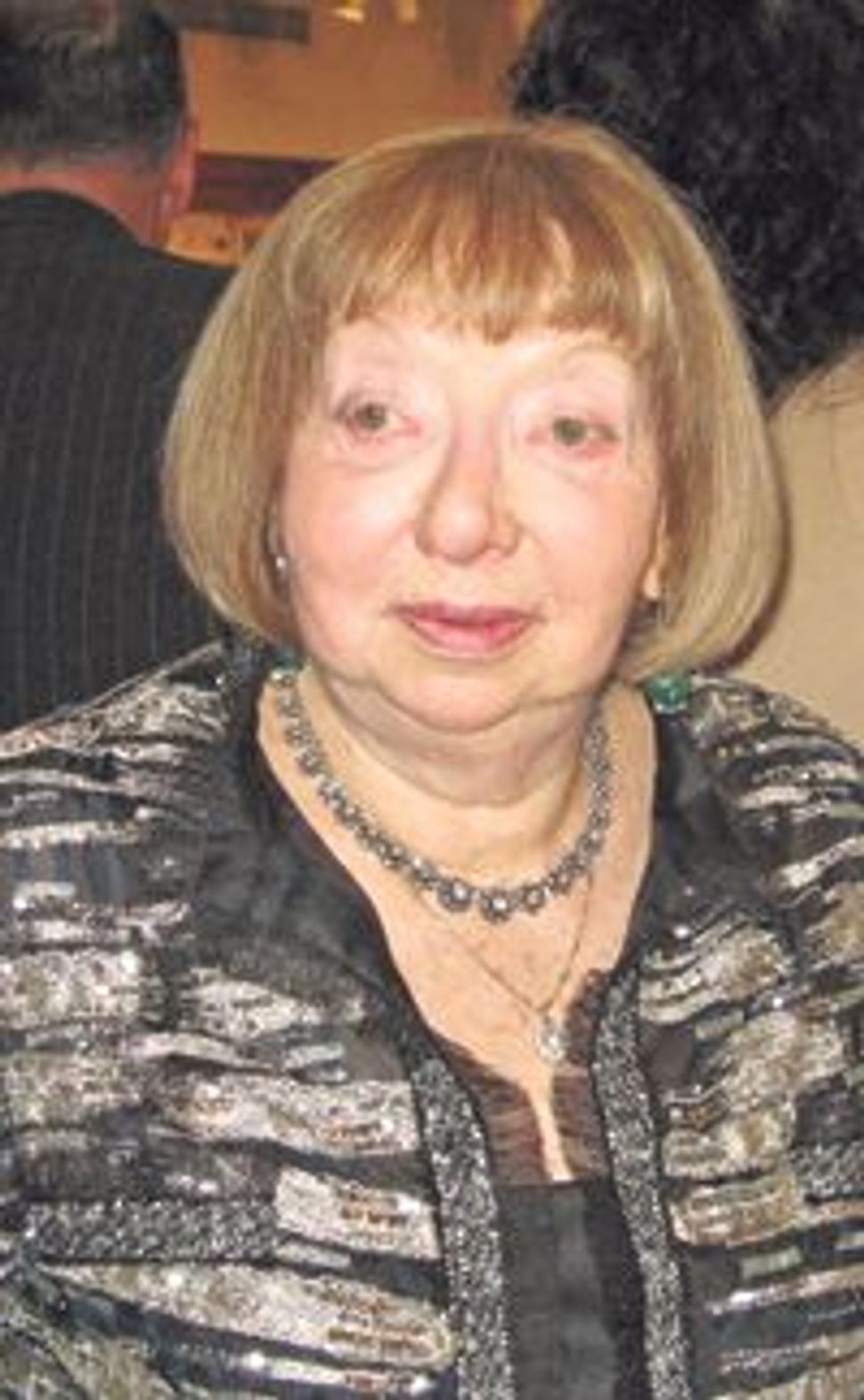 In anticipation of the May 18 New York opening of the film “Follow Me: The Yoni Netanyahu Story,” Ronald Lauder, president of the World Jewish Congress, and his wife, Jo Carole Lauder, hosted a reception at the Museum of Modern Art’s Ronald S. and Jo Carole Lauder Building on April 29. Among the guests were Marion and Elie Wiesel, members of Israeli and foreign diplomatic and cultural arenas, and representatives from major Jewish community and Holocaust organizations. “This is a historic, startling evening,” Ido Aharoni, consul general of Israel in New York, told the crowd in MoMA’s packed screening room. “We are starting five minutes early! I love Israel, and I want it to survive. This film is of great men and women of Israel. I remember [the Entebbe rescue] and feeling great pride.” He quoted the almost 97-year-old Pulitzer Prize-winning author Herman Wouk, who said: “‘Follow Me’ is one of the strongest, most powerful documentaries I have ever seen about Israel.” Aharoni added, “This film should be made accessible to every young person in the community.”

In the film, Ari Daniel Pinchot and Jonathan Gruber present a look back at Yonatan Netanyahu, an extraordinary young man who led the July 4, 1976, mission that rescued 103 Jews held hostage by terrorists at Uganda’s Entebbe airport. Netanyahu was the only casualty of a mission that at the time riveted the world. The death of the 30-year old beloved warrior, poet and letter writer left a nation in shock. In “Follow Me,” he is remembered by bereft friends and compatriots, devastated parents, a girlfriend and two brothers, one of whom is Benjamin Netanyahu, Israel’s prime minister.

“A Jew Grows In Brooklyn” — Jake Ehrenreich Is Back, Better and Funnier Than Ever

If you remember the era when telephone numbers began with letters (like the k and I of Kingsbridge 8) and the Catskills had kokh-aleyns (“cook-yourself” bungalow colonies, where guests prepared their own meals) and fancy hotels, you will relish the return of Jake Ehrenreich’s “A Jew Grows in Brooklyn” to New York following a two-year, 25-city national tour. The show — which is now playing at the Jacqueline Kennedy Onassis Theater, on West 46th Street, and last played for New York audiences in 2006 — opens with the following instructions to the audience: “Leave your cells on. Candy wrappers are okay, and talking to each other is encouraged.” For 90 uninterrupted minutes, Ehrenreich — aided by a musical team directed by Katya Stanislavskaya — sings, plays trombone and drums, tells jokes, reminisces and has an overabundance of what in Yiddish they call kheyn, charm. The audience is also led to sympathize with Ehrenreich’s family’s Holocaust history and to follow the author’s own journey into the world of American pop music.

In the lobby, I said hello to singer-actress Julie Budd and spotted Ruth Westheimer chatting with Rabbi Joseph Potasnik, executive vice president of the New York Board of Rabbis, Postasnik was there as part of “Rabbis Night,” for which the New York Board of Rabbis invited top rabbis from the tri-state area to attend. When I asked him what was he telling the sex expert, he replied, “I told her that the questions she can’t answer, I can!”

During our post-performance chat, Ehrenreich compared New York audiences with those in Kansas City, Mo.; Atlanta; Los Angeles; Palm Springs, Fla., and Toronto: “Out there people will imagine [the Catskills]. People in New York — whatever the borough — remember them as a personal experience. Out of town I never refer to the Red Apple Rest stop on the way to the Catskills, but in Florida I do, and they remember and they laugh!” Onstage in his monologue he mentions the Hebrew Immigrant Aid Society, as well as the USC Shoah Foundation Institute, as agencies that were helpful when his family first came to America. “I do this,” he said, “because it is important… because I am grateful because of what [these institutions] mean to us.”

How does one honor a generous benefactor whose life trajectory has been an inspiration to many? One names something. On May 8, a newly renovated space in what had been the Center for Jewish History’s bookstore was dubbed The Fanya Gottesfeld Heller Visitors Center of the Center for Jewish History, in honor of a Holocaust survivor who is also a member of the YIVO Institute for Jewish Research’s board of directors. Following the dedication, the YIVO Institute for Jewish Research honored Heller with its Lifetime Achievement Award at the 11th annual Heritage Dinner, held at the center. 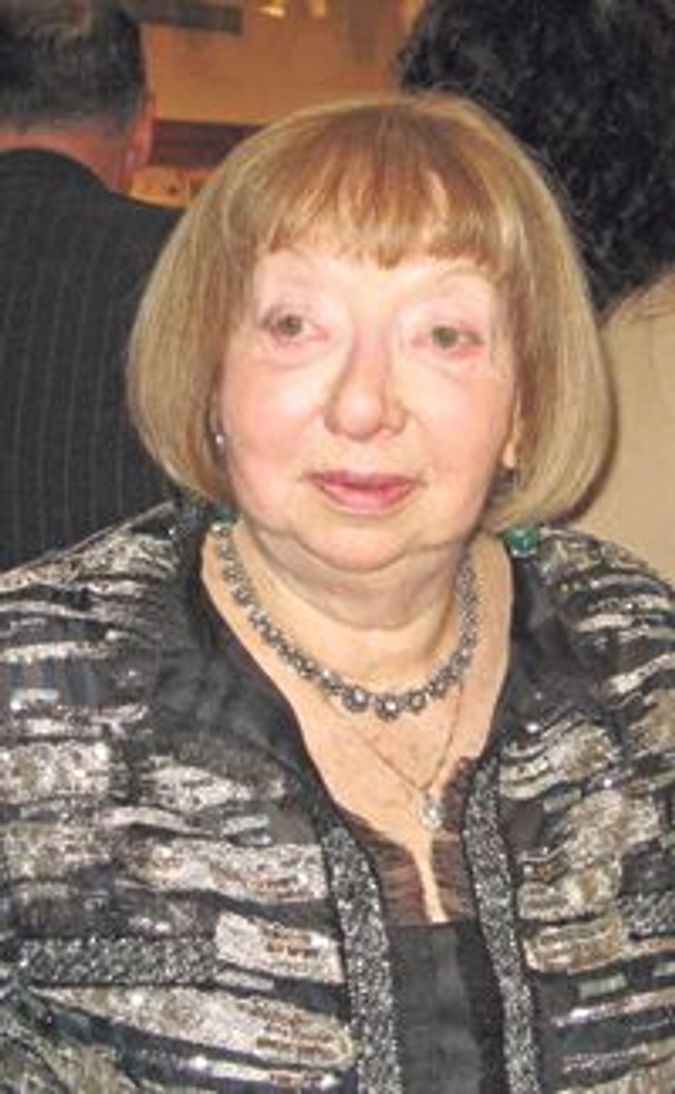 Following the hamotzi, the blessing for bread, recited by Bruce Slovin, the center’s founder and chairman emeritus, YIVO Executive Director and CEO Jonathan Brent offered a bird’s eye overview of YIVO’s early research projects from the 1920s and ’30s, “when significant numbers of young people were moving away from the Yiddish-speaking world.”

The YIVO collected biographies — now part of its archival treasure — offer insight into the attitudes of that era’s young people, with such insightful questions as, “How much do I like my father and mother?”

Heller told the roomful of family, friends, Yiddish speakers and Yiddish lovers, “My family is the best revenge for the Nazis’ attempt to wipe out the Jews.” The evening’s biggest laugh came when one of her 13 great-grandchildren, 7-year-old Simcha Stein, presented her with the award and whispered, “Thank God it’s not in Yiddish.”