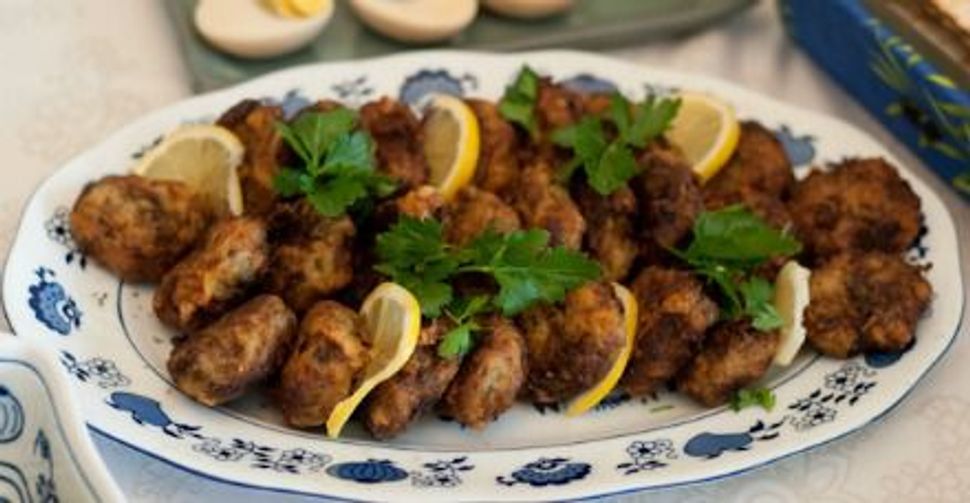 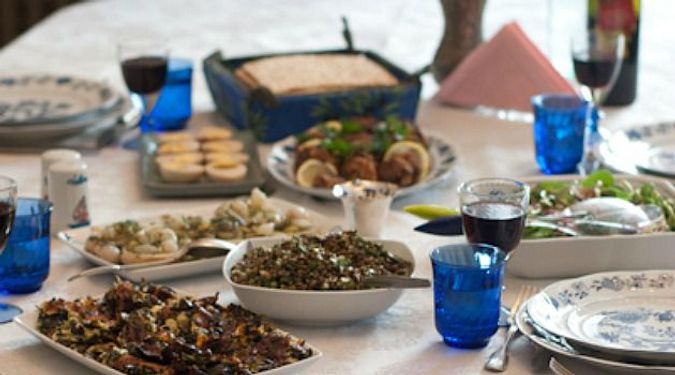 Selin Rozanes’s family, like most Sephardim in Turkey, likely came to the country in the late 15th century, when Jews were expelled from Spain. Sultan Bayezid II welcomed these exiled Jews into the Ottoman Empire at the time, where they would end up living, and cooking, alongside native Turks.

A former travel agent, Rozanes decided to start teaching cooking classes in 2006, after she lost her job. (While cooking classes and culinary tours are commonplace in Istanbul today, six years ago there were few of either.) The idea sprouted when a friend asked Rozanes to teach her how to cook. Soon after, she opened Turkish Flavours.

“I have loved cooking since my youth,” Rozanes said. “My mother was also a good cook.”

For her Turkish cooking classes, Rozanes — a born-and-bred Istanbulite — welcomes guests into her own home in the Nisantasi neighborhood of Istanbul. Made famous by author Orhan Pamuk as the setting of many of his novels, today the area is an affluent residential quarter that is home to the city’s most chichi shopping street. Her house was built by her grandfather in 1933, and it once was inhabited by her entire extended family. Today she is the only one who remains.

In order to teach at home, Rozanes built a spacious and well-appointed cooking nook, outfitted with a large gas range and Turkish tile backsplash, and a kitchen island topped with weighty wooden cutting boards at which participants work. While cooking, Rozanes pulls out various kitchen gadgets and ingredients that she has acquired locally or through her travels — like homemade pomegranate molasses made by a friend, and an egg separator she picked up in France.

During the hands-on class that I visited this past April, Rozanes put guests to work chopping onions, whipping up salad dressings and checking on the pumpkin dessert in the oven. Though she does not exclusively teach the preparation of Sephardic dishes, she happened to have a few on the menu the day I attended, and she is always happy to include them upon request. We learned how to prepare köftes de prasa, which are beef and leek patties, one of the most quintessentially Sephardic Turkish dishes. To make them, boiled, finely chopped leek is thoroughly mixed with ground beef, eggs, salt and pepper to create a loose mixture that is formed into patties and fried in oil. It’s a simple yet intensely flavorful dish that highlights the tendency of Sephardic Turks to add vegetables to their meatballs.

We also made spinach “flan,” a clear Spanish-Turkish hybrid that can also be made with zucchini. Spinach is combined with eggs, flour, olive oil, and plenty of feta and local mozzarella-like kashar cheese, and then baked. Once finished it made a savory and satisfying side dish. Other Sephardic dishes Rozanes sometimes puts on her menu include bulemas de berencana (“rose borek,” so named because they are rolled up to resemble the flower) and armiko de tomat, a hearty tomato-and-rice stew.

When asked about the difference between Sephardic and Muslim Turkish food, Rozanes had a hard time putting her finger on it before explaining: “In Sephardic cooking, you don’t have a lot of onions and garlic and spices; it’s blander.”

Sheilah Kaufman, author of such cookbooks as “The Turkish Cookbook” and “Sephardic Israeli Cuisine,” explained in an email that “as far as foods are concerned, you have to remember that foods are not assigned a religion. There was a huge fusion of Sephardic and Turkish dishes [and] they influenced each other.”

Indeed, when the Jews of Spain arrived in Turkey, they were pleased to find similar spices and ingredients, and even culinary doppelgangers to many of their traditional foods. Turkish börek, for example, resembled their beloved empanadas, and both cultures share a love of syrup-bathed desserts.

In his seminal book, “Encyclopedia of Jewish Food,” food writer and historian Gil Marks says, “Before the expulsion from Spain, Sephardim commonly prepared ground meat in the form of albondigas (meatballs) and rollos (meat loaves). Upon arriving in the Ottoman Empire, they adapted the concept of the Middle Eastern kufta (meatballs and patties), but added their own special touches, resulting in keftes.” Rozanes’s köftes de prasa are an example of this fusion and include the Sephardic “special touch” of including vegetables — in her case leeks.

Compared with the 150,000 Jews who fled to Turkey after the Spanish Inquisition, today’s population of 20,000 is meager. In fact, there are more Turkish Jews presently in Israel (77,000 according to the Israel Central Bureau of Statistics), than in Turkey.

Rozanes says she feels the effects of the diminishing population. “We try to keep the culture alive through holiday gatherings and holiday foods,” she explained. But the “elderly members of our family have all passed away. They used to do the prayers in Hebrew.” Rozanes said there is no one left in the family who can say the prayers during the holidays.

Her aunts and uncles still speak Ladino, or Judeo-Spanish, though the language is largely disappearing. Also, there is only one kosher restaurant, Levi, left in Istanbul, and few that serve Sephardic-style cuisine. Very few Turkish Jews keep kosher.

Despite her community’s diminishing numbers, Rozanes plans to keep trying to keep the Sephardic Turkish traditions alive, one dish at a time.

Get Rozanes’s recipes for Turkish beef and leek patties and for zucchini flan here and for Turkish Shabbat recipe, visit The Jew and the Carrot.

Katherine Martinelli, a native New Yorker, is a food and travel writer currently living in Israel. She is a frequent contributor to the Forward.