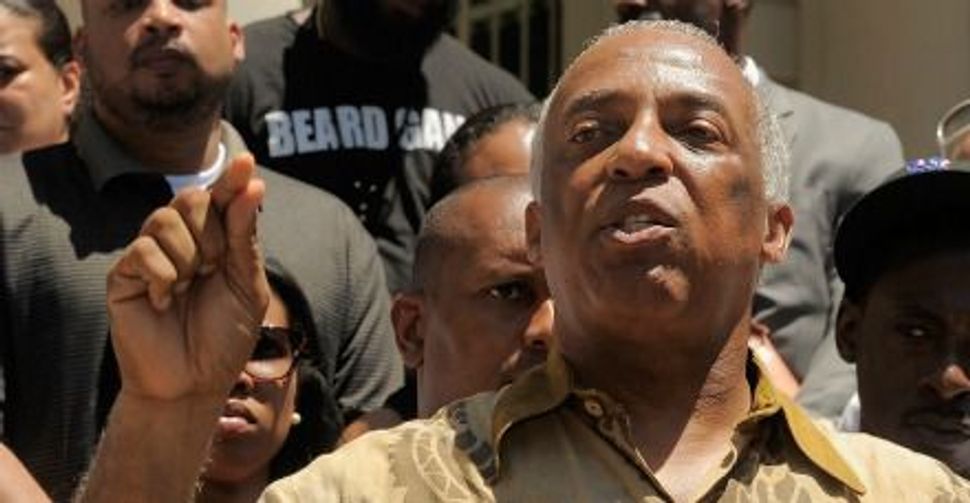 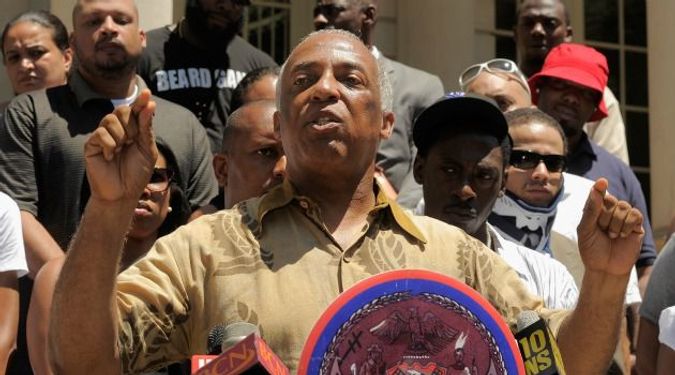 New York City’s most radical city councilman could end up representing the city’s most politically conservative Jewish community in the U.S. Congress.

In an only-in-Brooklyn clash, New York City Council member Charles Barron, a former Black Panther, has a realistic chance of winning a June 26 Democratic primary that could send him to congress representing Brooklyn’s Russian-speaking Jews.

The possibility has inflamed Russian-Jewish activists. But though Jews make up 20% of the population of the district, the unusually early date of the election and the confusing redistricting process could keep them from the polls.

“They are saying if such a person like Barron will come to Congress, it’s unbelievable,” said Vladimir Epshteyn, an activist and retired community organizer. “He represents for us a huge danger.”

Epshteyn and other activists point to Barron’s history of provocation, his harsh criticism of Israel and his staunch black nationalism to justify their rhetoric. Their concern doesn’t seem shared, however, on the streets of Little Russia by the Sea, as signs on Brighton Beach Boulevard call the neighborhood.

Just a subway stop from hot dog stands and freak shows of the Coney Island boardwalk, shop owners in Brighton Beach assume patrons speak Russian. And though the key congressional primary is just weeks away, no signs are posted under the elevated subway tracks for Barron, or for his opponent, New York State Assemblyman Hakeem Jeffries.

A few older Russian-speakers sitting in a playground near the boardwalk recognized Barron’s name when they were asked on a recent morning, but most seemed unaware of the impending race. Few spoke English.

New York’s Russian-speaking Jewish community is self-contained. Many members came to the United States in the past few decades. They listen to Russian radio, read Russian newspapers and shop in Russian supermarkets where signs are written in Russian.

They are conservative, even Republican — an anomaly among New York Jews, and New Yorkers generally. Russian-speaking Jews were credited with playing a major role in the 2010 victory of Republican Bob Turner, who won the special election for the congressional seat vacated by Democrat Anthony Weiner.

“For me — I’m talking about my personal opinion — to me he’s a bad guy, let’s put it this way, he’s not good people,” said Yelena Makhnin, an activist who works as executive director of the Brighton Beach Business Improvement District. “I come from the communist country, so I do see some things differently.”

Others also said the depth of their distaste for Barron stems from their Soviet pasts. “The disaster is coming and I know it because I am from the Soviet Union,” said Epshteyn. “The system looks so strong, unbelievably strong. [But] it takes a few seconds, a few minutes, and it can change absolutely the situation.… To have a Barron in Congress.… The Russian Jews from the Soviet Union, we can understand. American Jews living for so many years in prosperity and wealth… they are blind, they don’t see the changes to the world.”

Barron, 61, has served in the City Council for a decade. An outspoken black nationalist, he is as noted for his political skill as for the often-controversial positions he’s taken, including the defense of Third-World dictators. In October, Barron mourned the killing of Libyan dictator Moammar Qaddafi. “Out there, they don’t know that Qaddafi was our brother,” Barron said, according to press reports. “The man was a freedom fighter.”

In 2002, Barron hosted Zimbabwean president Robert Mugabe at City Hall. Mugabe, who led the southern African country’s liberation struggle in the 1970s, has been criticized for his increasingly oppressive rule in recent decades and his mass expropriation of white-owned farms.

“I was very much pissed off when he gave a proclamation on behalf of City of New York to Robert Mugabe,” said Ari Kagan, an activist, former New York State Assembly candidate, and reporter for the Russian-language newspaper Vecherniy New York.

Barron has also been critical of Israel. In a much-cited June 2010 statement, Barron, at a rally criticizing the Israeli raid of the Gaza-bound Mavi Marmara protest ship, compared conditions in Gaza to “a concentration death camp.”

A resident of the working class Brooklyn neighborhood of East New York, Barron has long had a base of support there. His City Council district also included the largely African-American neighborhoods of Brownsville and East Flatbush.

But a scrambling of New York’s legislative districts has sent Barron looking for votes among Russian Jews. As part of the once-a-decade redistricting process, parts of what was once Turner’s district have been mashed together with parts of a congressional district previously represented by Upper West Side liberal Democrat Jerrold Nadler, and parts of another district represented by longtime Democratic Congressman Edolphus Towns.

The new district spans from Bedford-Stuyvesant to East New York, down through Canarsie to Brighton Beach. The population of this area is 70% black and Hispanic, according to the governmental body that drew the district lines. An analysis by the Jewish Community Relations Council of New York estimates that it is 20% Jewish, and that the vast majority of those Jews are Russian speakers.

Towns is retiring and Turner is running for Senate, leaving an opening. The two contenders in the June 26 Democratic primary elections are Jeffries and Barron. Democratic dominance in New York City means that the winner of the primary will likely win the November election.

Jeffries, 42, a former attorney, has the backing of most of the relevant city unions and most of the Democratic establishment.

But Barron has the support of Towns. In a recent televised debate, Barron had the practiced air of a longtime politico, landing blow upon stinging blow.

Court decisions have forced an unusually early date this year for the primary. The early date, combined with the confusing redistricting, has meant that awareness of the race is low among voters.

“The biggest issue is to let people know that this race exists,” Kagan said.

In an effort to bolster Jeffries’ candidacy and the profile of the race, New York City Council member David Greenfield convened a June 11 press conference of Jewish elected officials, including Nadler and former mayor Ed Koch, to paint Barron as anti-Israel.

Greenfield alleged that Barron was anti-Semitic, citing his 2010 comparison of Gaza to a death camp. Greenfield said that Barron had called him a “tool of the Jewish lobby” after Greenfield had criticized his Gaza statement.

Barron’s campaign did not respond to a request for comment about the Greenfield-organized press conference. Earlier, Barron co-campaign manager Colette Pean said that she thought voters in the new district would embrace Barron’s position on Israel. “I think the councilman has a stated position that Israel as a state exists, that there needs to be negotiated solution, and that he’s opposed to terrorism in all its forms,” Pean said.

Jeffries, for his part, appears to be making an effort to reach out to Russian-speaking Jews. Community activists said that he had appeared a handful of times on Russian radio, that he had visited Israel in 2008, and that he had the support of those community members who were paying attention to the race.

Jeffries did not respond to two requests for comment from the Forward.