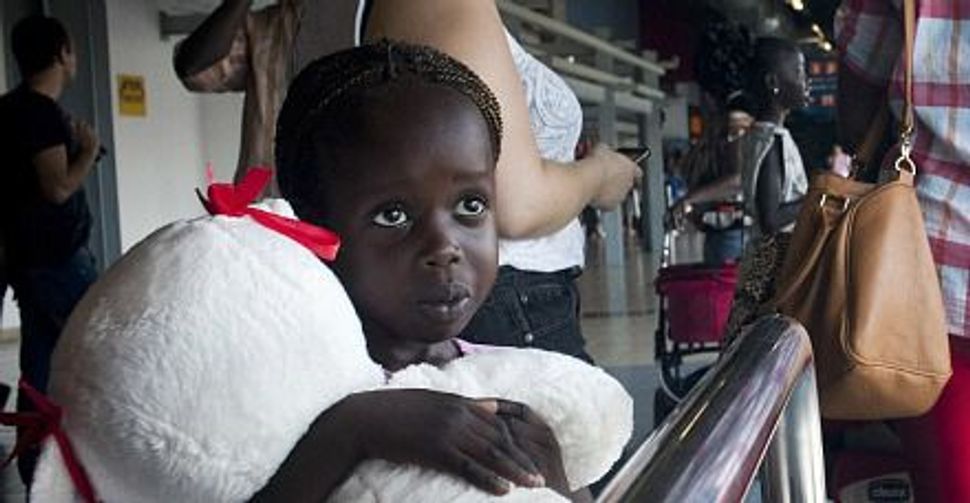 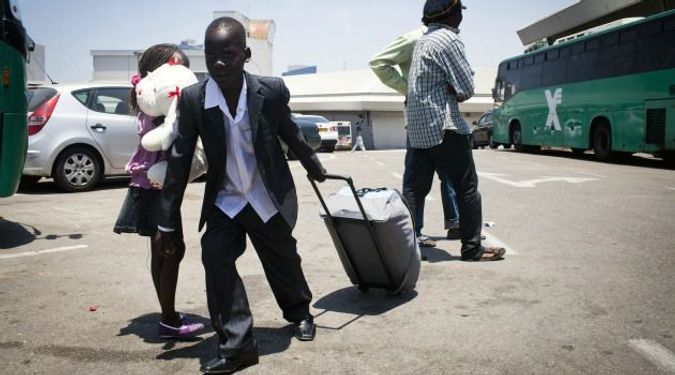 In mid-March, a group of Jewish leaders locked hands with human rights activists and with Hollywood star George Clooney in a protest outside the Sudanese Embassy. Some were arrested, as they called on the United States to increase pressure on Sudan to stop what they and many others charge is a policy of ethnic cleansing and intentional starvation directed at ethnic minorities and at the newly formed nation of South Sudan.

Now, the same Jewish activists are confronting the problem of Sudan from another angle: Israel’s decision to launch a mass deportation campaign of illegal African immigrants to South Sudan, the place where they warned just months ago, people were dying of malnutrition and wars.

“These people being deported to South Sudan have a legitimate concern that their life is in danger,” said Rabbi David Saperstein, director of the Religious Action Center of Reform Judaism. Saperstein was among those arrested outside the embassy. While the South Sudanese in Israel may not meet the legal standard to be recognized as refugees, Saperstein said, the argument against deporting at this time “does meet the standard of morality.”

On June 17, Israel sent the first planeload of immigrants back to South Sudan during a highly publicized media event at Ben Gurion International Airport. Eli Yishai, Israel’s minister of Internal affairs, told the press gathered at the departures terminal that he was faced with a choice “between the interests of Israel and the interests of the Sudanese,” and in that case, the minister added, “I will choose Israel.”

Most of those being deported to South Sudan are Christians. But on June 3, Yishai told the Israeli daily newspaper Maa’riv, “Most of the people arriving here are Muslims who think the country doesn’t belong to us, the white man.”

According to government estimates, there are currently 60,000 undocumented African immigrants in Israel, mostly from Sudan and Eritrea. Israel has granted nearly 50,000 of them a temporary protective status, which allows them to stay in the country for the time being but limits their ability to work and to get medical and social services. Once their status expires, they will join thousands of other African immigrants who face deportation if caught by Israeli authorities. The only option open for these immigrants is to seek recognition as refugees, but Israel has thus far limited access to panels determining refugee status and has a 0% approval rate of refugee claims.

For many American Jewish groups — whose members trace their own roots to the mass immigration to America in the early 20th century — the xenophobic rhetoric coming from parts of the Israeli public, not to mention recent riots against the immigrants in South Tel Aviv, is cause for concern. The government’s actions to curb the migration of asylum seekers are a source of conflict.

“Israel deserves our defense on many issues, but not when it comes to its behavior toward migrants from Africa and especially not for the rhetoric it uses,” said Mark Hetfield, interim president and CEO of the Hebrew Immigrant Aid Society. He pointed to the government’s blanket use of the term “infiltrators” to describe African asylum seekers as an example of the offensive language and dehumanizing incitement being deployed against them.

HIAS, through its office in Israel, is in fact helping African immigrants as they fight the government attempts to deport them back to their countries of origin. The group is training 55 Israeli lawyers to set up a pro bono legal defense program for asylum seekers and is working with other nongovernmental organizations to develop systems for interviewing immigrants who are claiming refugee status. At the same time, the group is working with Israel’s Interior Ministry to create refugee panels, though the government has yet to use these panels to judge African refugee claims. HIAS will also soon launch a think tank devoted to coming up with suggestions for solving Israel’s immigration problems.

“There is no consistency in what Israel is doing,” said Joel Moss, director of HIAS’s Israel office. He explained that planned return programs were not implemented, except one carried out with HIAS several years ago in which 900 asylum seekers returned to their homes. He also noted that immigrants enjoying temporary protective status are not given the possibility to work legally. Israel’s zero rate of refugee claim approval only adds to the problem.

Another Jewish organization, the American Jewish Committee, also began recently to take action in Israel. It has awarded a $5,000 grant to a refugee rights clinic in order to ”support immediate interventions on behalf of asylum seekers and migrants from South Sudan who are at risk of imminent deportation from Israel.”

The decision to begin the deportation campaign with South Sudanese immigrants followed a determination by Israel’s attorney general stating that South Sudan, which gained its independence last year, is “safe enough.” Jewish activists, who have taken on the issue of Sudan, hold a different view.

“The situation there is still so dicey,” said Ruth Messinger, president and executive director of American Jewish World Service. “I cannot imagine sending any person back there.”

Since South Sudan’s formal independence last July, border clashes between the new state and its neighbor Sudan have intensified, leading to the mass displacement of Sothern Sudanese and to a near-famine situation caused by the destruction of farmland and crops. The rate of violent deaths in South Sudan, according to international figures, is higher than in Darfur, Sudan’s border region that suffered an ethnic genocide in the past decade.

“The regime [of Sudanese President Omar al-Bashir] is one of terror and starvation,” said Rabbi Steve Gutow, president and CEO of the Jewish Council for Public Affairs and one of the leaders arrested outside the embassy of Sudan. “The idea of mass deportation troubles me.”

Many of the immigrants currently living in Israel left the area before the creation of the new independent state and have been away for years, first in camps in Libya and Egypt and then inside Israel, to which they fled from the camps. Their ties with families and friends back in Sudan are scanty due to years of separation and communication difficulties. Many face uncertainty if deported. South Sudan’s dire economic situation promises financial hardship for those deported, as well.

Still, they are not necessarily refugees. Experts agree that it would be difficult to prove a “well-founded fear” of persecution, as international laws require, in order to be recognized as refugees.

Jewish activists would like to see the Israeli government replace its deportation campaign with a strategy similar to that adopted by the United States. In America, South Sudanese already in the country are allowed to remain there under protected status. At the same time, America’s government has made clear that those arriving after South Sudan received its independence will not be seen as deserving asylum.

“Israel should follow the lead of the U.S. and allow those already in to stay,” Hetfield said. He explained that Israel should clarify what the benefits of the migrants are, set a cutoff date for accepting migrants under protected status, and acknowledge that some asylum seekers are actually refugees.

Jewish groups are also looking to the United States as a model even more strongly following President Obama’s recent decision to stop deportations of undocumented young immigrants who arrived in America at a young age. The move—a partial implementation via executive action of the administration’s stymied Dream Act bill—won praise from a broad spectrum of Jewish organizations, including some of those now protesting Israel’s actions.

Hetfield voiced concern that a policy of mass deportation coupled with hateful rhetoric could potentially be “harmful to intergroup relations” even within the United States. “Xenophobia,” Hetfield said, is never good for the Jews, whether or not Jews are the target. But for now, Jewish groups see little willingness within the Israeli government to listen to their concerns. At times, they even sense hostility from Israeli citizens and officials toward their intervention on this issue. “I feel pain, but I don’t mind criticizing the government if needed,” Moss said.

Moss, who was a Canadian immigration justice before becoming the director of HIAS’s Israel office, said he meets many Israelis who are “simply not sensitive to the issue.” But being a yarmulke-wearing observant Jew helps, he said jokingly. “I can get away with a little more than others.”