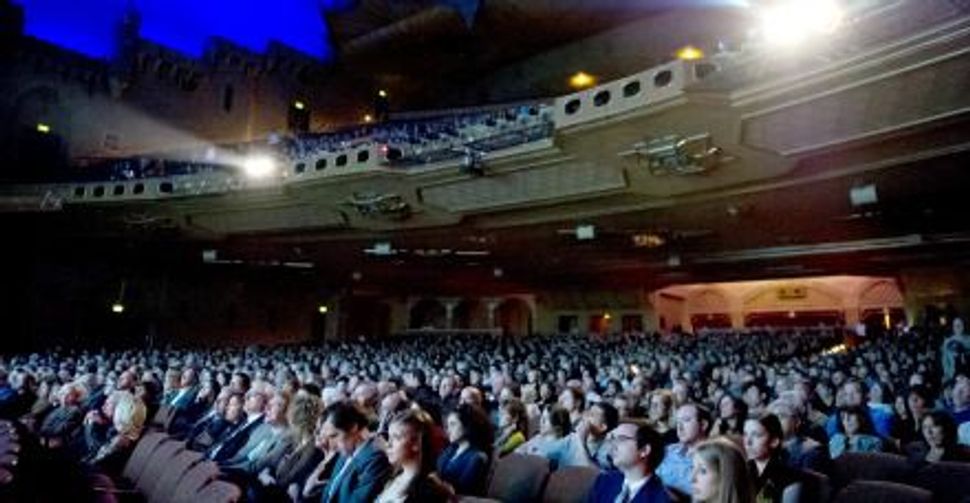 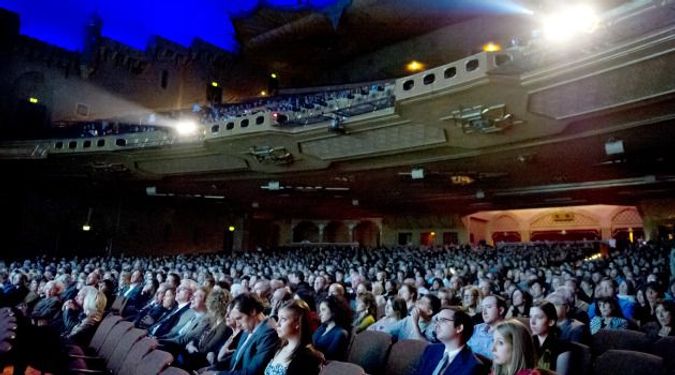 Bronx native Richard Parker, 64, says the venue, with its exposed ceiling, cement floor and dark, unadorned walls, reminds him of Manhattan’s East Village in the 1960’s. But most of this crowd wasn’t born then, and that’s just the point.

The music festival is just one of many Jewish cultural offerings that have emerged in Atlanta over the past few years, providing alternatives to religious congregational programs for the young and old.

This cultural cholent includes the second-largest Jewish film festival in the United States, as well as a book festival that The Atlanta Journal-Constitution has called the premier literary event in the South. There are also homespun events, like Sabbath sing-alongs at a community center pool and bands melding liturgical music with Elvis’s hits at Friday night services.

Rachel Meltzer, the 23-year-old radio host of “Kosher Noise,” a show on Georgia Tech’s radio station, said she and her sister, Hannah Meltzer, were impressed by the mix of acts at the music festival in May, which included everything from rap to klezmer. Rachel Meltzer said she enjoyed hearing the popular bands she listens to perform live.

“I also liked the Thursday night show with local, community-based artists,” she said.

“Our goal is to connect people to music the way the Atlanta Jewish Film Festival connects people to film,” said Russell Gottschalk, music festival founder and a former film festival intern. “I think the younger people tend to gravitate toward more social experiences such as a concert [rather than to the film festival].”

Atlanta is home to the nation’s 11th-largest Jewish community, which sprawls across the 28-county greater Atlanta area. Of 5.5 million residents, some 120,000 are Jewish. More were born in New York (30%) than in Georgia (20%), according to the Jewish Federation of Greater Atlanta.

“The Jewish community [in Atlanta] is spread out, and has a high unaffilation rate and a high intermarriage rate,” said Amanda Abrams, the federation’s vice president of community impact, describing some of the challenges of creating a feeling of solidarity among Atlanta’s Jews. “Cultural events are low-barrier ways of connecting unaffiliated Jews with the Jewish community.”

Kim Goodfriend, director of arts and culture at the Marcus Jewish Community Center of Atlanta in the leafy, upscale suburb of Dunwoody, is well aware of the problem that geography creates.

“We all have the challenge of getting people out of their houses and away from their computers,” Goodfriend said.

But the cultural offerings put on by her organization and others, Goodfriend added, have been successful in enticing Atlantans to venture out.

One of MJCCA’s most popular events is its book festival, which celebrated its 20th anniversary last fall. More than 40 authors turned up for the event, including high-profile ones like Thomas Friedman, Senator Joe Lieberman and Regis Philbin. Formerly called the Jewish Book Festival, the event is now known as the Book Festival of the MJCCA, reflecting its desire to appeal to Jews and non-Jews alike.

In its infancy, the book festival showcased authors who were either Jewish or had written a Jewish-themed book. But today, the author lineup, while still 70% Jewish, has broadened in scope and includes many big names. Last year, 650 people heard former “PBS NewsHour” host Jim Lehrer talk about his book “Tension City: Inside the Presidential Debates, From Kennedy-Nixon to Obama-McCain”(Random House, 2011).

Jennifer Yaffe, a 50-something Orthodox grandmother, said she appreciates the mix of Jewish and non-Jewish offerings. She came to the festival to hear former Miss America Vanessa Williams speak, as well as Anne Frank’s cousin Buddy Elias, who had come to discuss his new book.

“I’m part of a wider society than just what is going on in the Orthodox world,” declared Yaffe, a longtime transplant from Manhattan.

Yaffe is also a docent at the local William Breman Jewish Heritage & Holocaust Museum, where she is gearing up for an exhibit called “Beyond Swastika and Jim Crow: Jewish Refugee Scholars at Black Colleges,” which opens on June 24.

The show tells the story of Jewish academics from Germany and Austria who, after fleeing Europe in the 1930s, found positions at historically black colleges and universities in the South. Though of interest to the South, the exhibit was developed and produced in New York by the Museum of Jewish Heritage — A Living Memorial to the Holocaust.

The Atlanta Jewish Film Festival, which runs for 22 days in the winter, is the largest film festival in the city. Launched in 2000, it attracts more than 26,000 moviegoers from around the city. Offerings this year ranged from “The Cantor’s Son,” about a wayward youth who leaves Poland for a singing career in America, to “David,” about a religious Muslim boy mistaken for a yeshiva student.

There are also lectures from filmmakers, actors and others.

As well as enjoying the klezmer, Richard Parker said he also likes going to the film festival, because watching the movies “brings cohesion, a feeling of belonging.”

But the films aren’t the only reason Parker comes to the festival; he also goes to seee the fellow attendees. “We all belong to different synagogues, but when there’s a citywide Jewish event, it brings everybody together,” he said.

Ronda Robinson is the author of “Beyond Politics: Inspirational People of Israel” (Mazo Publishers, 2011).