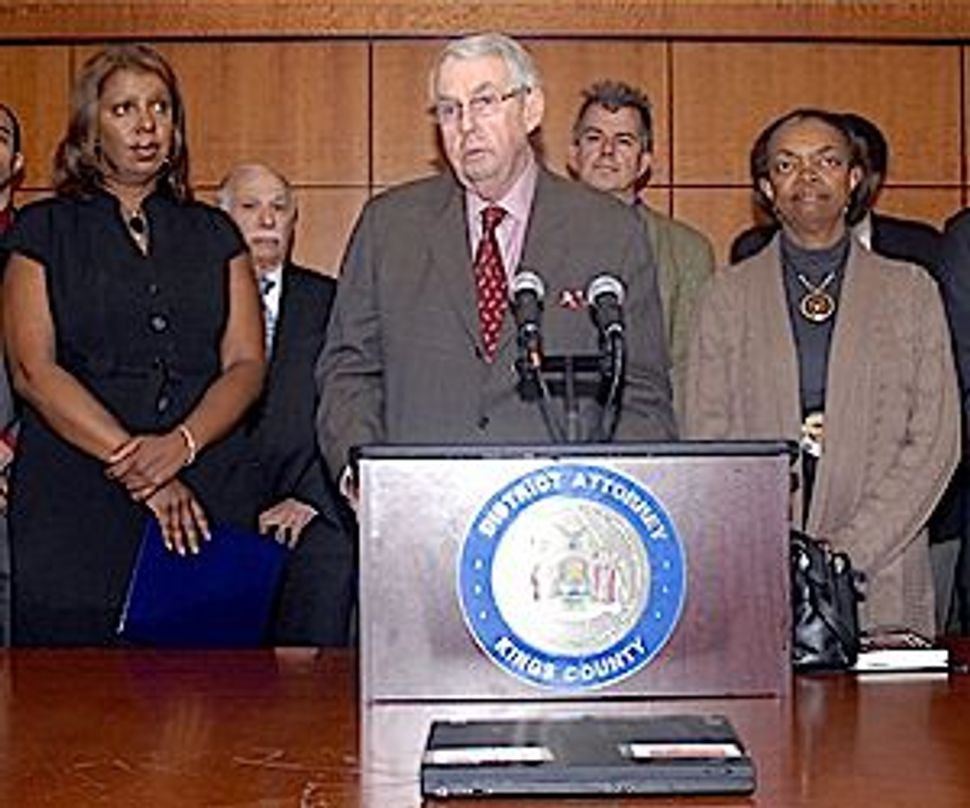 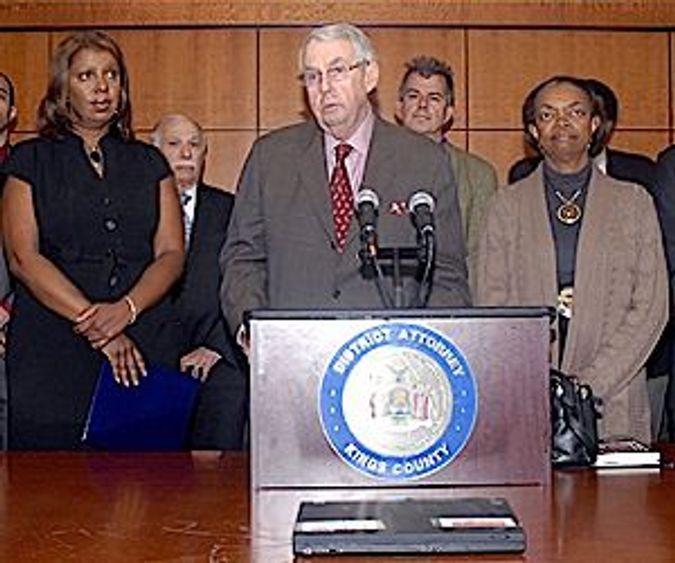 The four were set to appear in Brooklyn Supreme Court on June 21 to be arraigned on charges of bribery and intimidation related to the looming trial of Rabbi Nechemya Weberman.

DNAinfo reported that Jacob, Joseph and Hertzka Berger and Abraham Rubin offered to pay an alleged victim $500,000 to keep quiet.

Weberman, 53, was arrested last year on charges of sexually abusing a teenage girl over several years. His case has been deeply contentious among New York’s Satmar community.

A fundraiser for Weberman’s defense campaign in Williamsburg, in May, attracted hundreds of supporters. Two people were arrested when scuffles broke out outside the event between Weberman’s supporters and members of a much smaller contingent of advocates for the victim.

Brooklyn’s District Attorney Charles Hynes has come under tremendous pressure in recent months for his handling of sex crimes in the ultra-Orthodox community.

In May, he claimed to have made more than 90 arrests involving ultra-Orthodox victims or perpetrators of sexual abuse. But as he has done several times in the past, Hynes refused to release the names of any of those arrested, including convicted sex abusers. Survivors and their advocates claim that bribery and intimidation are among the key stumbling blocks to combating abuse in the community.

But in an interview with the Forward in May, Hynes said that it has been almost impossible to prosecute people for witness tampering. He said that the best way of securing a witness tampering conviction was with the help of multiple witnesses or by convincing a victim to wear a recording device. So far, he said, both methods had been unsuccessful.

A spokesman for the DA’s office refused to name those accused of witness tampering or to release any further details until after the arraignment.