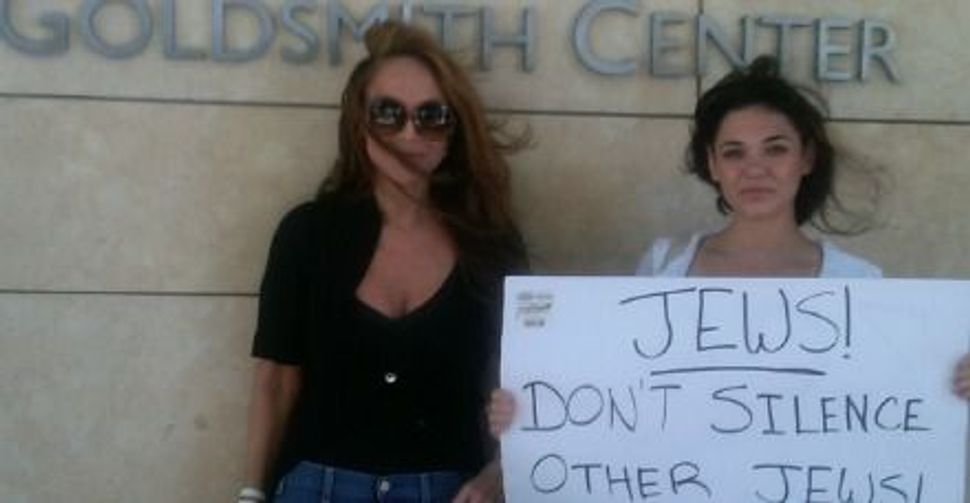 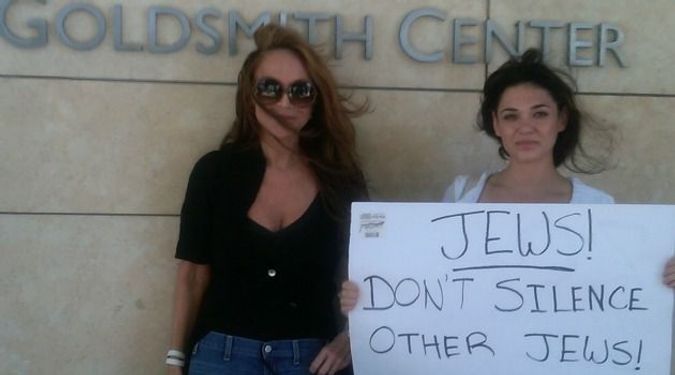 A speech by anti-Islamic activist Pamela Geller was abruptly cancelled by the Jewish Federation of Greater Los Angeles, prompting a protest by the Zionist Organization of America.

The federation cited “security concerns,” for scrapping the June 24 event at its headquarters but Geller blamed politics.

“Zionists are obviously not welcome at the Jewish federation,” Geller told the Forward, heading up a group of about 25 placard-carrying ZOA supporters gathered late Sunday morning outside the federation’s Wilshire Boulevard headquarters.

Geller, who runs a blog called Atlas Shrugs, gained national attention by leading the efforts to stop the development of an Islamic community center near Ground Zero in lower Manhattan. She has been a leading voice warning against what she describes as a campaign to impose Islamic law on the United States.

Her talk was titled “Islamic Jew-Hatred: The Root Cause of the Failure to Achieve Peace.”

L.A. Federation president Jay Sanderson, out of town on a visit to Israel, claimed to be unaware that the ZOA, a tenant with offices in the Federation building, was sponsoring the event featuring Geller.

“We were unaware until Friday that this was happening.” He said his concern was that families visited the children’s museum, located in the building’s first floor, on Sunday mornings, “and we didn’t want the children and their families to be disrupted by politics.”

ZOA officials, which sponsored the event, noted that the event was posted on the federation’s web site.

“Sanderson should read his own web site,” said Steve Goldberg, ZOA’s national vice chairman, who said he’d spoken with Sanderson that morning and was unable to persuade Sanderson to allow ZOA to res-schedule the event. “The event has been posted there for the past two weeks.”

An interfaith coalition had earlier in the week issued a statement condemning the Federation for allowing Geller to speak, branding her an Islamophobe.

A few families with children passed through the small crowd on their way to the museum. Meanwhile, a handful of counter protesters argue with the ZOA supporters.

One counter protester, Linda Milazzo, held up a sign that said, “Thank you Federation for standing up to Pamela Geller’s paranoid hate,” until a ZOA protester took the sign from her, saying, “This is our protest, not yours.”

It turned out that Millazzo had borrowed the sign board and marker from a ZOA person who had not realized Millazzo was there to counter ZOA’s message.

Geller said the federation should know better than to try to muzzle alternate viewpoints.