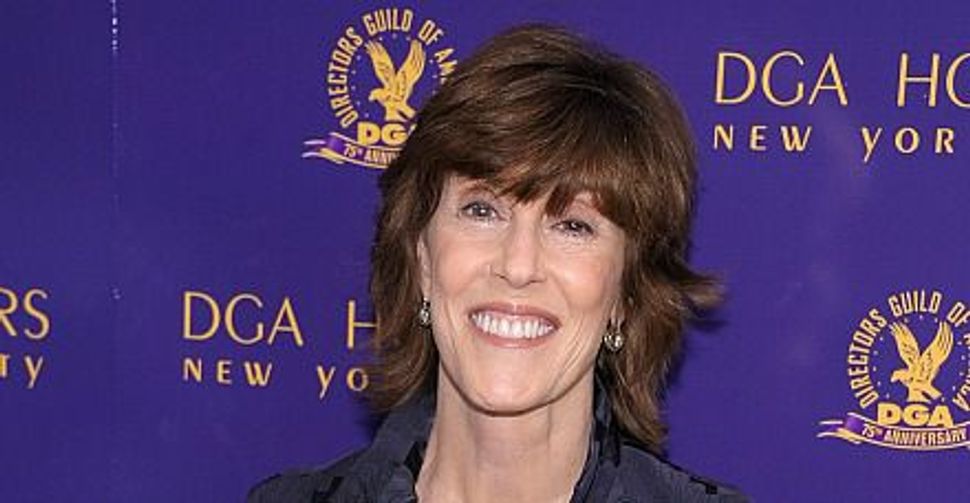 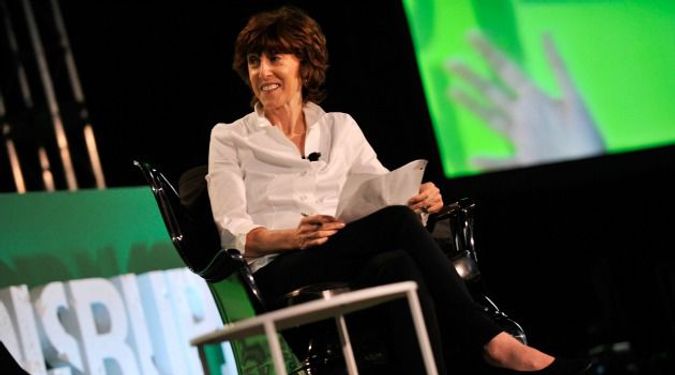 Friend and Colleague: Nora Ephron could make everything seem easy, from moving across town to writing a screenplay. Image by getty images

When my husband and I decided to move from the Upper West Side to the Upper East Side of Manhattan, several friends and family members made me feel like a traitor.

Nora Ephron, however, sent me a list of restaurants, hair salons, nail salons, and dry cleaners. She said I was making the best move of my life. She’d made the same transition and never looked back.

When I finally crossed the great divide of Central Park last September, she took me to lunch at Danny Meyer’s “Untitled” restaurant in the Whitney Museum and instructed me to order the kale salad and the grits. (Both delicious.) She told me her favorite Italian restaurant (Sistina), Chinese restaurant (Pig Heaven), her dentist (Michael Bruno), and where to get my eyebrows waxed (not telling). We talked about the movies she was working on, which studio executive was pissing her off, why she hadn’t had a serious screenplay made since “Silkwood.”

We talked about the challenges of raising children, the strangeness of people living out loud on Facebook, the joys of dessert at lunchtime.

I am stunned that she’s gone.

I knew Nora Ephron originally because she knew my mother, Letty Cottin Pogrebin, from back in the 1970s — they were not close friends but ran in similar worlds of journalism, liberal politics, and Upper West Side Jews.

I spent my first extended time with Nora one-on-one in 2003 when I interviewed her for my first book, “Stars of David: Prominent Jews Talk About Being Jewish,” for which I interviewed 62 prominent American Jews about their Jewish identity, or lack of it.

Nora mainly had a lack of it. She said she thought of herself “as a Jew, but not Jewish.” She wasn’t in denial about her Jewish identity, just indifferent to it: “At this point, it doesn’t make the Top 5 of what I would say about myself. And it probably never did.” She bristled at being pegged as a Jewish director, just as she cringed at being described as a “woman director:” “It seems like a narrow way of looking at what I do.”

When we sat together for coffee at that interview, she was dressed in her trademark favorite color, black — black sweater, black scarf, black pants, with a neat strand of pearls and gold bangle bracelets.

I’d brought her a box of chocolates as a thank-you gesture and she opened them immediately at the table. “Don’t you want one?” She offered. I demurred.

She took one. “I diet constantly,” she declared drily.

She remembered me and my twin sister from our childhood: “Which one of you almost married the gentile?” she asked me, not wasting a minute.

That relationship of mine was over a decade old.

“You remember that?” I asked her, embarrassed. She just smiled knowingly, with a look that said, I have eyes all over this town.

It didn’t surprise me that Nora was all-knowing. Her friendships seemed to reach everywhere — from Hollywood to Broadway to politics to the literary world. I envied her legendary dinner parties from afar, cozy affairs for which she’d prepare a feast all by herself.

She grew up in Beverly Hills with colorful parents and a Christmas tree. She went to school on the Jewish holidays because her mother said, “What are you going to do if you stay home?”

She told me the most interesting moment for her as a Jew was when she went to Wellesley College in 1958 because the school had a quota on Jews. After she was admitted, she received a housing form on which she was supposed to put her religious preference.

“I thought that leaving it blank was sort of the right response,” she told me. “And I got a letter back saying I wouldn’t be given a room assignment till I told them my religious preference.

So I wrote them a letter saying that I was an atheist but I had been born a Jew, and sent it off. And then I went off to Wellesley and it was absolutely clear to a blind person that the housing department worked in the following way: Catholic girls roomed with Catholic girls, Jewish girls were put with Jewish girls and Protestant girls with Protestant girls. When I joined the school newspaper, we exposed this, by the way. But I suddenly realized that whether I thought of myself as a Jew or not, other people thought of me as a Jew, and I had to come to terms with what that was.”

She did recall one major advantage of being Jewish at Wellesley: “There were so many Jewish guys at Harvard and Harvard Law School, and a lot of them were under strict orders to date Jewish girls. The Jewish girls at Wellesley and Radcliffe had, I think, a much more active social life than anyone.”

In February 2011, I interviewed Nora again — this time at the JCC Manhattan about her book, “I Remember Nothing.” I assumed she was too busy and in demand to want to grab dinner afterwards, so I didn’t suggest it; she did. We went with a mutual friend to a tiny Italian restaurant where we shared a bottle of wine, laughed about actresses she’d loved who got so much plastic surgery that she could no longer cast them, and she complained that she couldn’t see the menu in the candlelight.

As recently as this past February, Nora hinted that she wanted a glimpse of my new apartment so I suggested she come by for lunch and she insisted on buying everything and bringing it. She arrived with a shopping bag brimming with too many choices from Butterfield Market on Lexington Avenue, and of course, after we’d put all the sandwiches on plates and the soup in bowls, I sampled voraciously while she barely picked.

She received the official apartment tour and pronounced it “perfect.” Then she told me to get different shades for the dining room (and texted me a photo of her kitchen shade as soon as she got home so I could see what she meant.)

She asked me what I was writing and when I admitted I was unsure what to do next, she suddenly blurted, “You should write a screenplay. It’s not that hard.”

And I countered, “Are you kidding? It’s apparently one of the hardest things to do well.”

I never got the chance. I was floored to read the news she was going and then suddenly gone.

For all her acerbic humor, she was always warm to me. For all her Jewish disconnection, she felt utterly Jewish to me.

I devoured her New Yorker pieces. I laughed out loud reading her books. I recognized myself in her films.

It goes without saying that her stunning work will outlive her. And I’ll always know where to get the best eyebrow wax in New York City.

Abigail Pogrebin is an author and journalist in New York City.