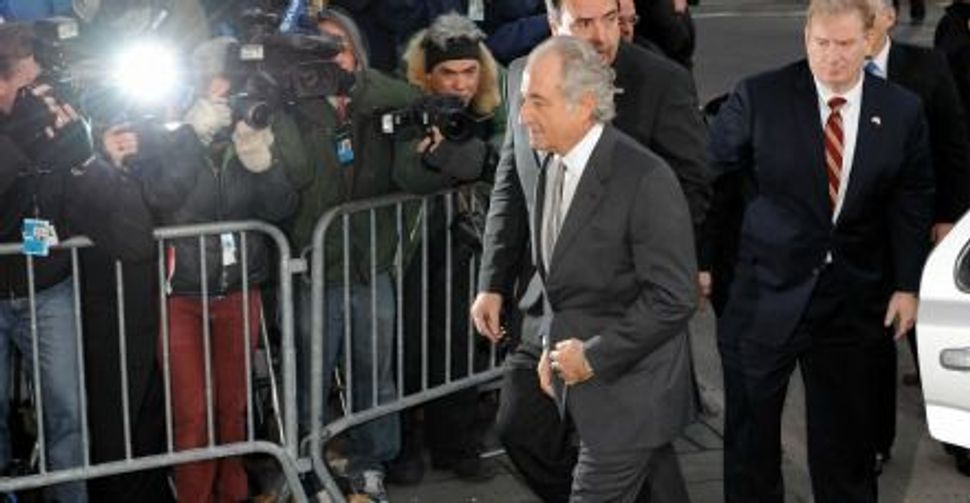 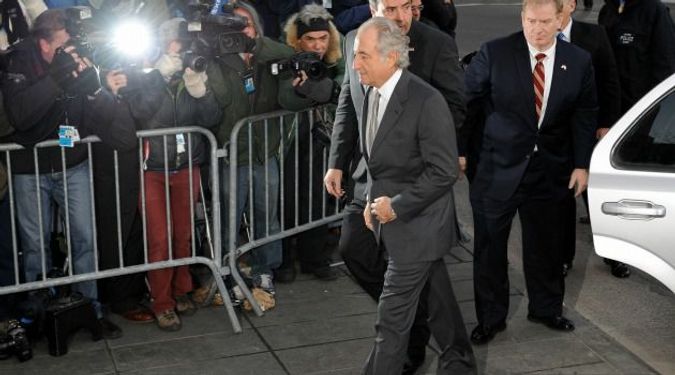 Three and a half years later, victims of Bernard Madoff?s massive financial fraud are still waiting to get back their money.

Billions already recovered are tied up in litigation, and despite recent advances, there?s no resolution in sight.

Attorneys came a few steps closer to digging out of the financial chasm Madoff left behind when, on June 25, Madoff feeder-fund manager J. Ezra Merkin agreed to pay $400 million to his former investors in a settlement with the New York State Attorney General. The same day, the U.S. Supreme Court decided not to hear an appeal challenging the way court-appointed trustee Irving Picard was disbursing other recovered Madoff funds.

The two developments should free up more money for victims. But in an illustration of the exceptional, time-consuming complexity of the case, both the settlement and the Supreme Court?s decision will take months, if not years, to put cash in victims? pockets.

NEWS UPDATE: Peter Madoff, the younger brother of jailed Ponzi scheme operator Bernard Madoff, surrendered himself Friday morning at his lawyer?s office in midtown Manhattan ahead of an expected guilty plea to criminal charges related to the Ponzi scheme.

Picard won?t know for sure until mid-July whether the next chunk of recovered funds he returns to Madoff investors will be in the millions or the billions of dollars.

And a spokesman for Picard said that the trustee might challenge the settlement between Merkin and the attorney general, delaying the disbursement of that money.

Such protracted legal complications are not unusual in the aftermath of such a massive Ponzi scheme, according to Troy McKenzie, a professor at the New York University School of Law.

?It?s not really surprising that unraveling a very complicated fraud scheme like this has taken years,? McKenzie told the Forward. ?And in particular it?s not surprising when there are sophisticated, well-heeled parties who are? ready, willing, and able to litigate vigorously to protect their interests.?

So far, Picard?s office has distributed only $334 million in recovered funds to Madoff victims, plus $801 million in advances to so-called hardship cases. Picard has recovered billions more in settlements, cash that is still tied up in appeals.

One Madoff victim contacted by the Forward, who received funds under the hardship program, said that he had recovered only $130,000 of his $400,000 investment.

?One was grateful to get anything back,? said the investor, Steven Falk of Oakland, Calif.

Falk has done better than most. Picard has approved $7 billion in claims by Madoff investors. But in his October 2011 distribution, Picard paid investors 4.6 cents on the dollar.

One barrier to distributing the billions in recovered funds fell on June 25, when the U.S. Supreme Court declined to hear a challenge to Picard?s theory that investors deserve to recoup only the amount they initially invested with Madoff. Investors who had withdrawn more than they had deposited in Madoff accounts had sued to challenge Picard?s formula. The decision by the Supreme Court not to take up their case signifies ultimate approval of that aspect of Picard?s distribution plan.

When the Supreme Court?s decision was made public, Picard?s office responded triumphantly, saying that they could now file for a further distribution of recovered assets.

But plenty of stumbling blocks remain. In the first place, separate challenges to the $5 billion recovered for Madoff victims in a December 2010 settlement with the widow of investor Jeffry Picower, probably the biggest winner in the Madoff fraud, means that those funds still may not be available for disbursement. One attorney challenging Picard over access to the funds told Bloomberg News that he planned to end his appeal, but he or others could still file until mid-July.

Even then, other potential challenges will require that substantial funds be held back. Some litigants argue that Picard should factor inflation and interest into his calculations of the actual value of Madoff investments. Picard disagrees. That litigation is ongoing, and Picard?s office will keep reserve funds out of the disbursement to pay any claims that may arise out of those lawsuits.

The disbursement itself will take time. The first time Picard distributed funds to investors, it took six months between the initial filing and the actual mailing of the checks. If Picard?s office files for a second distribution in the next few weeks, it could be mid-fall before investors receive the cash.

Further complicating matters is the Merkin settlement, which so far has nothing to do with Picard. The Merkin settlement was announced by the New York State Attorney General?s Office, which sued Merkin in April 2009. The settlement document has not been made public, but the Attorney General?s Office said that Merkin had agreed to pay a total of $410 million, all but $5 million to be disbursed to investors by two court-appointed trustees.

Merkin is a wealthy philanthropist and art collector who served on the boards of a number of prominent Jewish institutions before the collapse of the Madoff scheme. He oversaw three investment funds that invested all or most of their assets with Madoff. Merkin also steered charity funds into accounts he invested with Madoff. He was the chair of the investment committee of Yeshiva University, which lost investments worth a purported $110 million when Madoff was wiped out.

Merkin called Madoff ?Uncle Bernie? and lived well. He owned a world-class collection of paintings by Expressionist Mark Rothko, which he sold in 2009 for $300 million.

(The Forward Association, which publishes the Forward, invested in a fund that had, in turn, invested in one of the funds that Merkin invested with Madoff.)

The attorney general accused Merkin of charging fees to manage money while simply handing over assets to Madoff. It?s unknown what proportion of his wealth will be forfeited in the $400 million settlement. A Freedom of Information Law request by the Forward for an accounting of Merkin?s assets and property filed with the Attorney General?s Office was denied in 2011.

The $400 million Merkin will pay back to investors in his funds is set to be administered by two trustees appointed by a judge. Those trustees have clashed with Picard in the past, as Picard has sought to pull recovered funds into the disbursement pool that he administers. In a heated exchange of legal memoranda in 2010, one of the trustees accused Picard of having ?lost the necessary objectivity even to distinguish between the victims and the villains of the Madoff fraud.?

Picard and the Merkin trustees appear set to clash again over this latest settlement. In an emailed statement, a spokeswoman for Picard asserted that he should administer funds paid out by Merkin.

?[T]o the extent any third-party settlement seeks to divert funds that are rightfully sought by [Picard] for equitable distribution to all [Madoff victims] with allowed claims, we will have to consider taking appropriate steps,? the spokeswoman wrote.

Hanging over the lengthy proceedings are questions of the amount being paid to attorneys handling the case, Picard in particular. A much-noted May column by Andrew Ross Sorkin on The New York Times? DealBook blog highlighted Picard?s hourly fee: $850.

Picard told the U.S. Government Accountability Office that he expects administrative costs billed in the unwinding of the Madoff bankruptcy to exceed $1 billion by the end of 2013.

In a response to the DealBook column, Picard spokeswoman Amanda Remus noted that the legal fees do not come out of the pool of recovered funds.

Falk, for his part, has more or less moved on. ?I?ve grown to just accept what happened as a horrible loss,? he told the Forward.