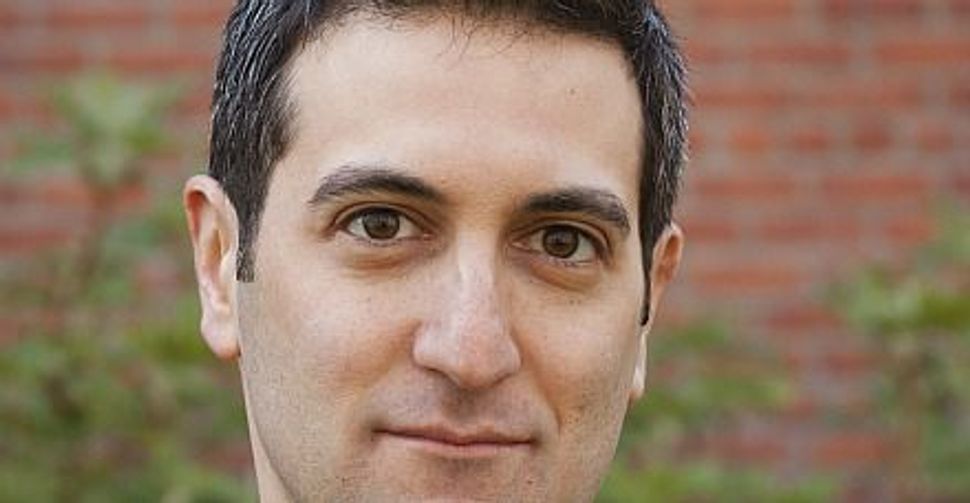 Daniel Smith experiences the constant worrying one might expect of an air-traffic controller, a wartime president or a brain surgeon. But he is none of the above. Instead, he is the uneasy American Jewish author of a new book, “Monkey Mind: A Memoir of Anxiety” (Simon & Schuster), a clear-eyed tragicomic recap of his past 18 years spent trapped in a bear hug of his own willies. 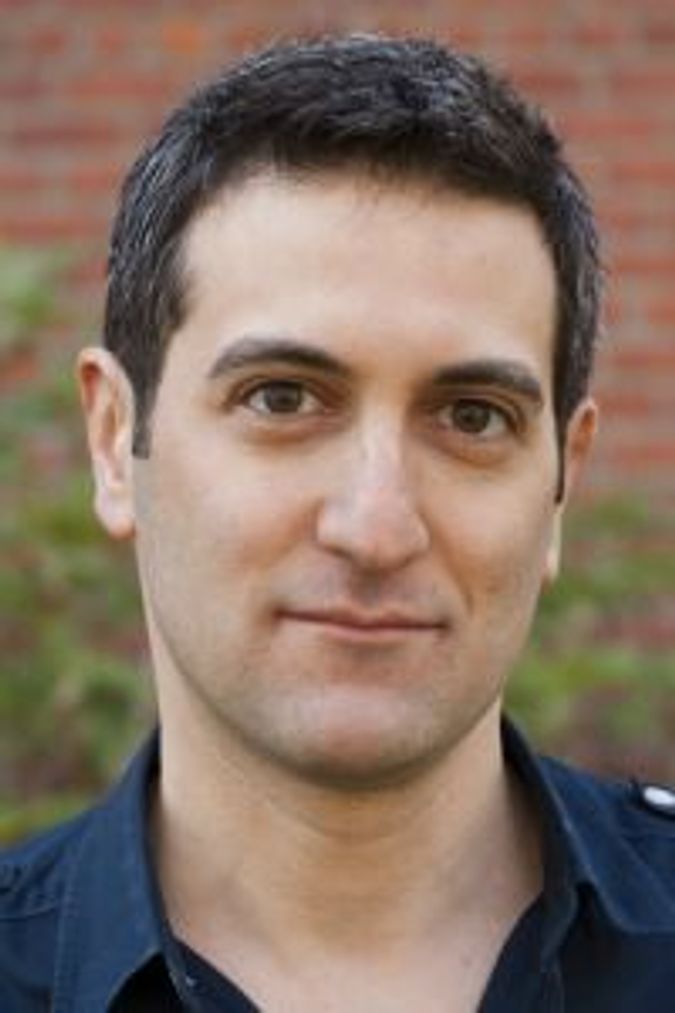 A native of Long Island, Smith suffers from a generalized anxiety disorder so fierce and, literally, overheating that he has sometimes worn sanitary napkins as sweat pads. His pain is real. And yet he is also hilarious.

Recently, his unease was the third party on the telephone line in an interview with Forward.

“It’s always there; it’s the baseline,” he said.

What he described is not solely the nerves that most authors feel when flogging their books in the press. His is a case of clinical disquiet that has often driven him, since the age of 16, to a state of misery.

“A sense of impending catastrophe colored every waking moment,” he writes of one fraught stretch in his 20s. “Worse, I had the distinct sense that catastrophe had already occurred. I had made the wrong decisions, gone down the wrong path, screwed up in a ruinous, irrevocable, epoch-making way.”

Sound fun? Hardly. In the book, Smith jokes that this shpilkes was passed down to him from his Belarusian forbears, or “dozens of wiry neurotics roaming worriedly through the shtetls of Eastern Europe.” But with a mother and a brother who also suffer from anxiety, as well as two grandmothers who were considered “hyperbolic and high-strung,” he actually does suspect that his temperament is hereditary.

His thesis is supported by American geneticist Harry Ostrer’s theory on Diaspora “bottlenecking.” Ostrer believes that mutations in confined gene pools led to certain disorders and conditions among Jews, as he describes in his controversial book, “Legacy: A Genetic History of the Jewish People,” published in May by Oxford University Press. 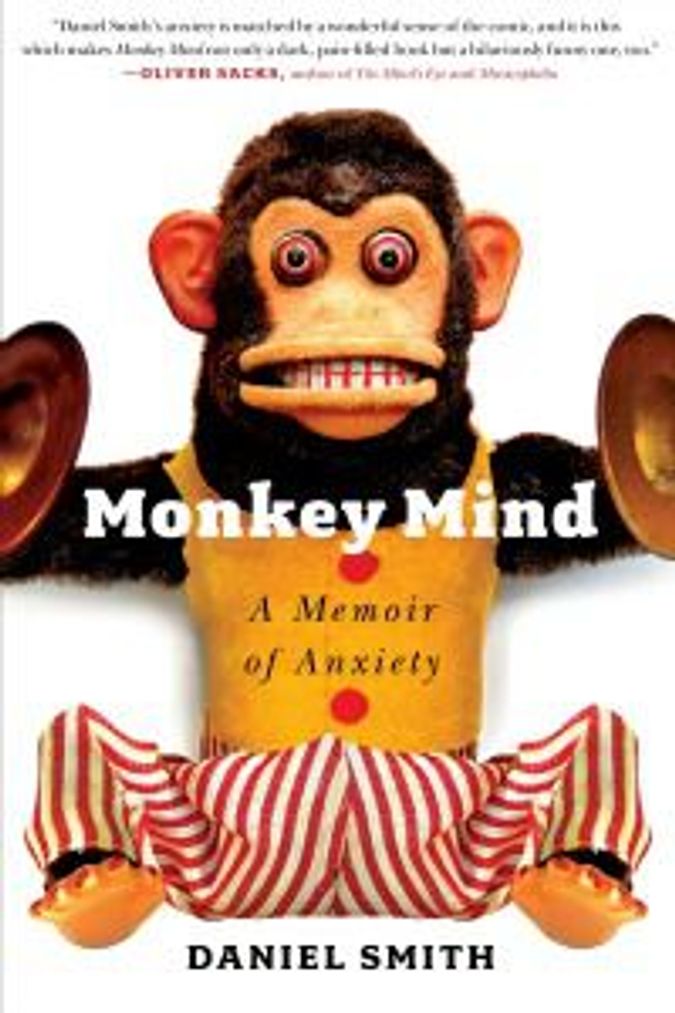 California-based psychologist Michael G. Wetter, an expert in trickle-down trauma in survivor families, offers another view. “In some ways, paranoia can have a desirable effect,” he told the Forward in a phone interview. During the Holocaust, “those who had a higher propensity toward anxiety were more likely to survive,” as they were more apt to take protective steps early. But he doubted that such overwhelming fear is purely hereditary. “I think it’s more cultural,” Wetter said.

Whether it’s nature or nurture behind his anxiety, Smith acknowledges that in present-day Brooklyn, where he currently lives with his family, there are few life-or-death triggers. Still, his nervous system has long had a tendency to kick into overdrive easily: when he lost his virginity, when he went away to college, when he cohabited with his girlfriend (who’s now his wife) Joanna, with whom he once split because he wrongly thought she worsened his angst. Anxiety reared its head, too, when he landed a job as a fact checker at The Atlantic Monthly, in Boston, and then again when he resigned several years later.

These experiences were all traumatic for Smith, but they also led him to focus on his writing. By dint of being afraid to get another desk job, Smith moved to New York, where he toiled to win back Joanna and penned his first book, published in 2008, “Muses, Madmen, and Prophets,”addressing his late father’s auditory hallucinations. He also published nonfiction in such august publications as Slate, New York magazine and The New York Times.

As Wetter put it, some people “use their anxiety as a way to achieve.”

So has writing proved therapeutic? Not quite. Producing the memoir “was a fabulous experience. It was the first time in my life that I ever experienced deep joy in writing,” Smith said. “I threw myself back into narrative and back into humor, which I fell out of when I got into journalism.” Still, he said, churning out the memoir did not help shush his anxiety’s simian screech.

Has he come across any answers? “Discipline can bend your temperament,” he said of his commitment to psychotherapy. And apparently, so can maturity. Recalling his earlier flight from romance, he added, “I no longer confuse my doubts and fears with love for my wife.”

Smith says he hopes that his memoir will end up helping others. At a recent Jewish Book Council reading for “Monkey Mind,” attendees approached him not to talk about the book, but rather to discuss their own kids’ anxiety and how to ease it. Smith said he told them to be compassionate but not to coddle the kids too much.

Does he get the same kind of response at non-Jewish events? Or are Jews, Woody Allen aside, not really more anxious than others?

He stops to consider this. “I’ve also had that experience with parents who aren’t Jewish,” he said. “I wish I knew the statistics about this. Are Jewish people more ‘therapized’? I would imagine they are. But they’re certainly comfortable talking about this.”

“Everything’s fair game for discussion [among Jews]. And I love that,” he said, ending on an uncharacteristically upbeat note.

Susan Comninos is a frequent contributor to both the Forward and the Christian Science Monitor.