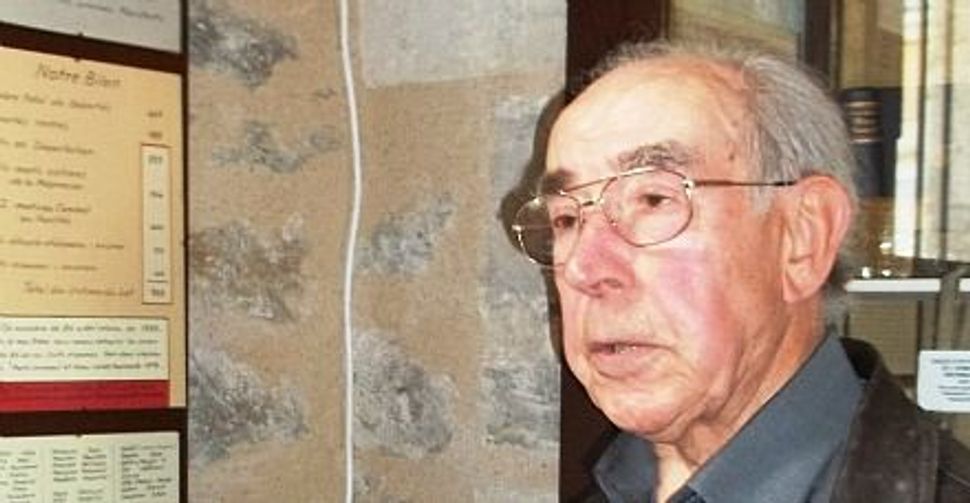 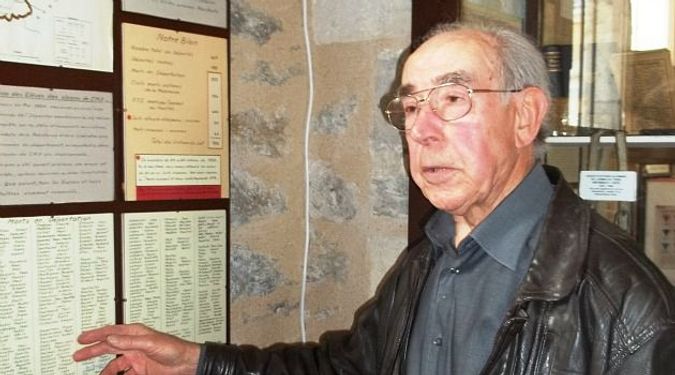 It is difficult, if not impossible, in this town to forget World War II, and that is a matter of not-inconsequential pride. The Resistance movement was born here, and the reminders are everywhere.

The Maternity Hospital, a short walk from the city?s center, hid Jews in its basement, repelling Nazi searches with a sign that warned, falsely, of contagious diseases.

Nearby, is the bronze statue of 19th-century French statesman Léon Gambetta. One can envision it in the 1940s when he held a Resistance-made sign in his north-pointing hand, directing the occupying troops: ?Nach Berlin,? or ?To Berlin.

?To be a Resistant was to refuse the victory of Nazism,? explains one of several informative booklets for sale at the museum in the town of 23,193 people. ?It was to choose to act clandestinely in order to hasten the German defeat ? . To resist was an individual decision, not easy to take: to revolt against the government of your own country, to risk your life and the security of your family.?

The Resistants were postal clerks and railway workers, shopkeepers and medical personnel, ordinary people who undertook acts of heroism, large and small ? ferrying messages, intercepting letters, aiding clandestine travelers to reach their destination, sabotaging the movement of German convoys, supplying food to those who fought, hiding Jews in the back rooms and closets of their homes.

Eighty-eight-year old Marcel Michot, vice president of the museum, was one who opted for the risk. After the war, people went 50 years without speaking of the Holocaust, Michot says through his young British translator, Louise Butler, who guides tours for English-speaking museum visitors. ?They were young, starting families and living their lives,? Michot says, noting that there was also a desire to forget the nation?s pain and shame. ?When they retired, they decided to do something important.?

That ?something? fills the museum, where each of the three floors is dedicated to Resistance members killed by the Nazis. A former barracks that faces onto the Place General de Gaulle, the museum opened on June 18, 1992, a significant anniversary.

It was on June 18, 1940, that military leader Charles de Gaulle said: ?Every means in the universe will be used to crush our enemies. That which will be the flame of the resistance must not be extinguished and will not be extinguished.? His broadcasts via BBC from London spurred the Resistance movement.

For Michot, a flame was lit in 1941, when, as he recalls, a friend said to him, ?Come to my house; there?s something that may interest you.? He was speaking of the Resistance unit led by his father. Even to confide such information to the then-16-year-old Marcel Michot was risky, betrayal always a possibility, death its frequent consequence. But the young Michot joined ? and later married the daughter of his unit?s leader. In her teens, she played a role as a liaison agent. ?When you put an arm in, you may as well put in the rest,? Michot says, delivering the French maxim with a smile and a classically French shrug.

Once the museum became a reality, war veterans from across the Lot Valley helped to fill it, donating yellow Stars of David imprinted with the word ?Juif,? Jew; photographs; newspaper clippings; long-hidden weapons; typed recollections; children?s drawings; cabinets filled with wartime propaganda; a pair of striped concentration camp ?pajamas?; food tins used by the deportees; and hand-written accounts of warfare, such as this:

09h30 Orders to place an ambush on the RN 20 (north of Cahors) at 14h00. Objective: attack a nazi convoy. ? 10h30 The fighters clean their weapons, recharge ammunition clips, check grenades.

More stories, more photos, more war ephemera arrive all the time, exhibits chilling in their ability to summon up those years. Men and women in their 80s and 90s want to help the world remember what they cannot forget. Since it opened, the museum has welcomed some 178,000 visitors, most of them French and British.

?All of the local schools come to be educated about the Resistance,? says Butler, who calls herself ?just a C of E [Church of England] kind of girl? who got involved here ?totally by chance, really. My grandfather was at [the Battle of] Dunkirk, and he suffered mentally afterward. I saw an advert for the museum and volunteered.?

As a tour guide and translator, she has learned stories both heartbreaking and heart-lifting. Once the Vichy government?s collaboration with its German occupiers became known, a large number of Jews fled south from Paris. The population in Cahors ballooned to 50,000. Situated on the important Paris-to-Toulouse train line, the city became a veritable garrison for the Germans. But here and in the surrounding countryside, where the Lot River winds like a ribbon of rickrack, many Jews found villagers willing to risk their lives to hide them and save them.

A favorite story of Butler?s concerns Adeline Cubaynes, who was 80 when she learned, through the Resistance network, of Rosa Forst, a Jewish refugee from Paris, and Forst?s 2-month-old daughter, Paulette. Madame Cubaynes opened her home to them.

Four years ago, that child, now the 66-year-old Paulette Terwilliger, attended a street-naming ceremony in the village of Pradines, just outside Cahors, that paid tribute to her savior, and there she met Madame Cubaynes?s granddaughters, Hélène Etcheverry, Andrée Soulié and Micheline Maleta.

Butler gave an account of that day, during which one speaker reminded those assembled of ?our duty to memory against intolerance,? ending with the vow, ?Never again.?