Even With Fame, Jason Lezak’s a ‘Mensch’ 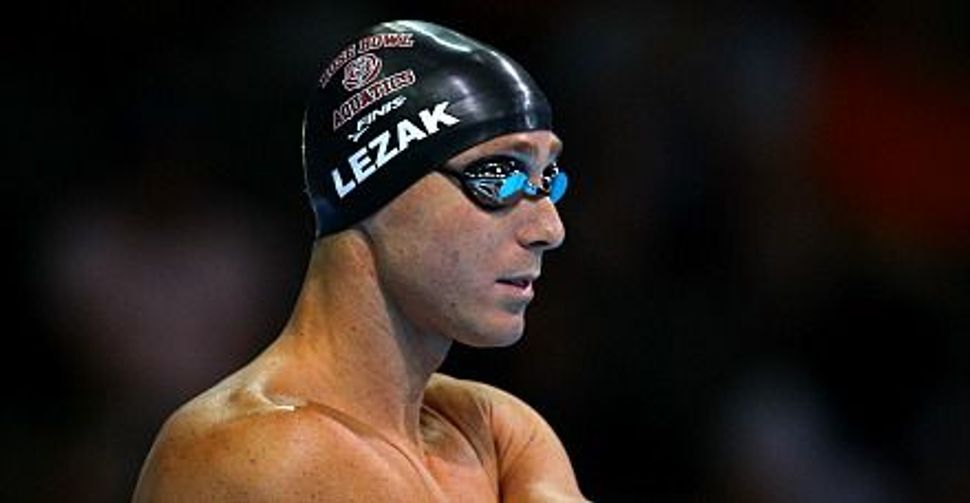 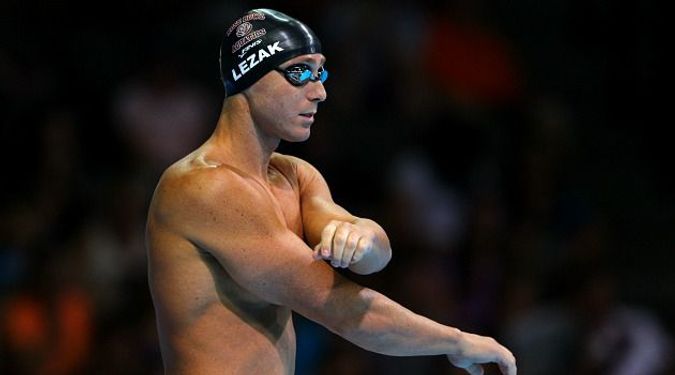 Jason Lezak, a four-time Olympic gold medalist, still keeps the medals he won as a teenager competing in the JCC Maccabi Games.

Lezak, who is 36, has competed in the past three summer Olympics and is set to compete again this summer in London, as the oldest member on the American swim team.

Even as a superstar athlete, Lezak has remained active in the Orange County Calif. Jewish community that he grew up in. It is where he attended Hebrew school and Jewish youth groups, and was bar mitzvahed.

“He is very proud of being a Jewish athlete,” said childhood friend Dan Berzansky, who swam on the same Orange County youth club team as Lezak. “He is quiet and humble, and does a lot for many, many people.”

Lezak has taught swimming clinics for neighborhood kids at the local Merage Jewish Community Center of Orange County, where, a few hallways over, his photograph hangs in the center’s Jewish Sports Hall of Fame.

“He brings his gold medals and talks to the kids about his title as Jewish athlete, something he is very proud of,” said Berzansky, who organizes the clinics. “His family is very, very involved in the Jewish community.”

In 2009 he skipped the World Aquatics Championships in order to compete in Israel’s Maccabiah Games. As teenagers, both he and his younger sister, Erin, traveled across the country to compete in the JCC Maccabi Games, which are held in different cities across the region.

During his three previous Olympic appearances, Lezak has taken home four gold medals and set the world record for the last leg of the 4×100-meter freestyle relay, at 46.06 seconds.

It was this swimming feat, in the Beijing Olympics of 2008, that gave his relay partner Michael Phelps his eighth gold medal, thereby breaking Mark Spitz’s previous world record of seven — set during the 1972 Munich Olympics.

Lezak will be coaching as well as competing for America’s swim team this time around. He is set to swim only one race — the 4×100-meter freestyle relay.

“He has always been a mensch,” said Sheila Witzling, membership and marketing director of the Merage Jewish Community Center of Orange County. “He serves us as a wonderful role model.”

Even With Fame, Jason Lezak’s a ‘Mensch’