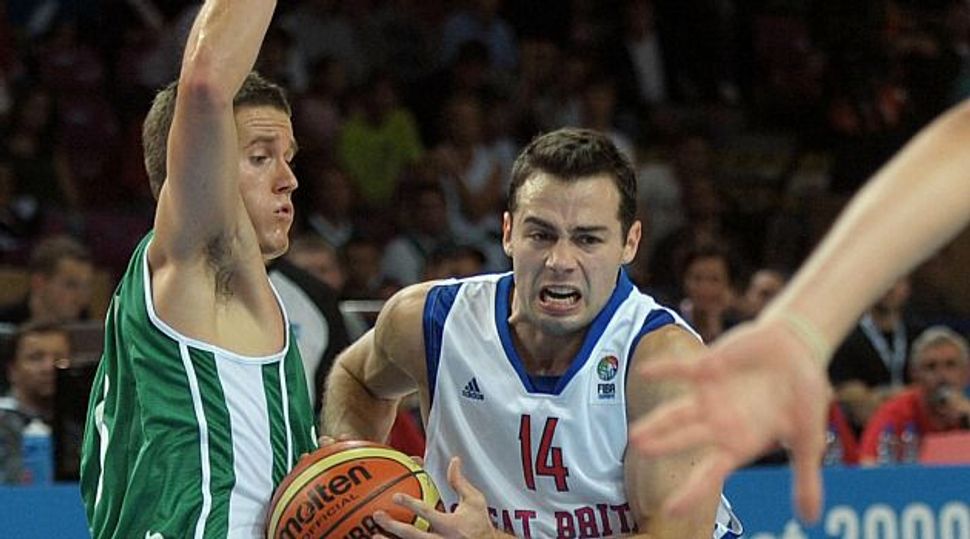 Dream That Died: Flinder Boyd was pencilled in as the point guard of Great Britain?s Olympic basketball team. Then injuries forced him to the sidelines. Image by getty images

For 32-year-old Flinder Boyd, there will undoubtedly be a slight sense of disappointment when he watches the Great Britain basketball team take the court at the 2012 Summer Olympics in London.

Playing in the Olympics once loomed large as the culmination of Boyd’s career that included 10 years playing professionally in Europe and a standout stint at Dartmouth College.

Boyd, whose father is a British Jew and who grew up in California, was slated to be the starting point guard on the British team that includes Chicago Bulls star Luol Deng, but injuries forced him off the squad last year.

Nonetheless, Boyd’s dominant feeling as the games approach is one of pride. He’s excited to see the team he helped guide through its early stages play against the best in the world on the grandest international stage.

“I’m going to be so excited just watching them walk around the Olympic Park [at the opening ceremony],” Boyd said. “I definitely feel like I had a part in it.”

After all, as a well-traveled point guard, Boyd certainly knows the value of a big assist.

Playing at Dartmouth, a school with a limited history of basketball success, Boyd became the school’s all-time single-game and career assist leader.

When he graduated, Boyd headed to Europe, where he played in France, Spain, Britain, Slovakia and Greece.

“It’s an adventure,” Boyd said of the European basketball experience. “You’re sharing hotel rooms, driving rickety buses. It’s a struggle just for them to pay you on time or pay you at all.”

For Boyd, being Jewish (on his father’s side) added a wrinkle or two to the experience.

“I felt like France was welcoming,” Boyd said. “I think that when I was in Spain, they asked me a lot of questions about it when it would come up, as the Jewish guy on the team.”

The fans of his Greek team were such fervent supporters (they once rioted after a loss), that he wasn’t sure how they would react to his heritage. So he didn’t mention it.

“It wasn’t really something I was going to bring up, because I didn’t know what the reaction would be. I think it’s more of a curiosity thing in some places, where there aren’t a lot of Jews.”

Boyd’s Euro “adventure” was supposed to last only a few years. In 2006, however, plans changed when London was awarded the 2012 Summer Olympics, giving Great Britain the opportunity to qualify for the Olympic basketball tournament as the host nation.

Boyd’s expectations for the team weren’t exactly high — “I thought it would be some rinky-dink team,” he said — but he soon found himself playing with the likes of Deng and former George Washington University star Pops Mensah-Bonsu. At the age of 27, the age he had originally figured he would be when he retired from basketball, Boyd was the starting point guard for Great Britain.

From the start, he had the Olympics in his sights.

As it turned out, however, injuries started to become an issue in 2009. Boyd remained a part of the program through qualification for last year’s European Championships, but he was cut last summer, and retired from the sport in March.

“It was really because of the Olympics that I kept playing,” Boyd said. “I probably would have stopped if it wasn’t for that.”

Boyd’s Olympic journey isn’t quite over, as he’ll be doing color commentary during the medal round for the Olympic Broadcasting Services’ 3DTV broadcast.

“I was in training camp with them a few weeks ago down in Houston,” Boyd said of the British team, “and I felt really proud. I felt like these are my guys, and it made me feel really good.”