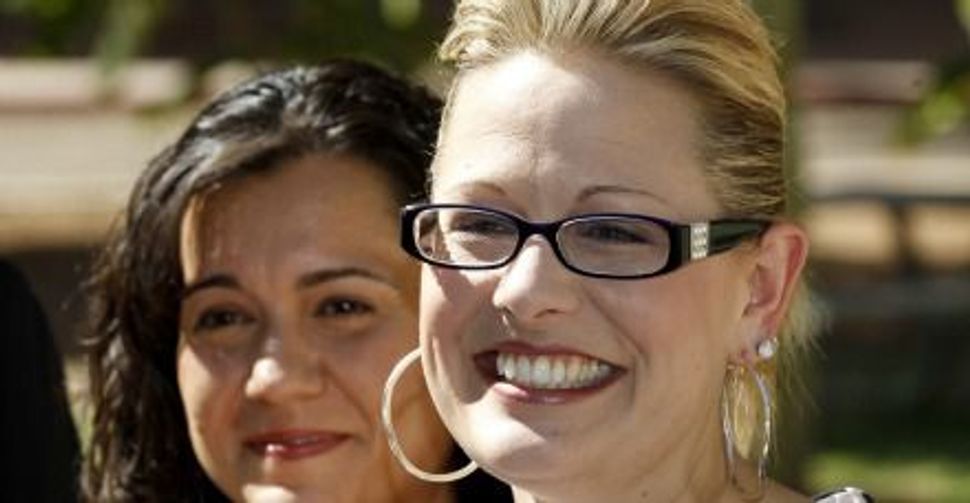 An effort to portray a candidate in a high-stakes Arizona Democratic congressional primary as anti-Israel doesn’t seem to have rallied local pro-Israel activists against her. 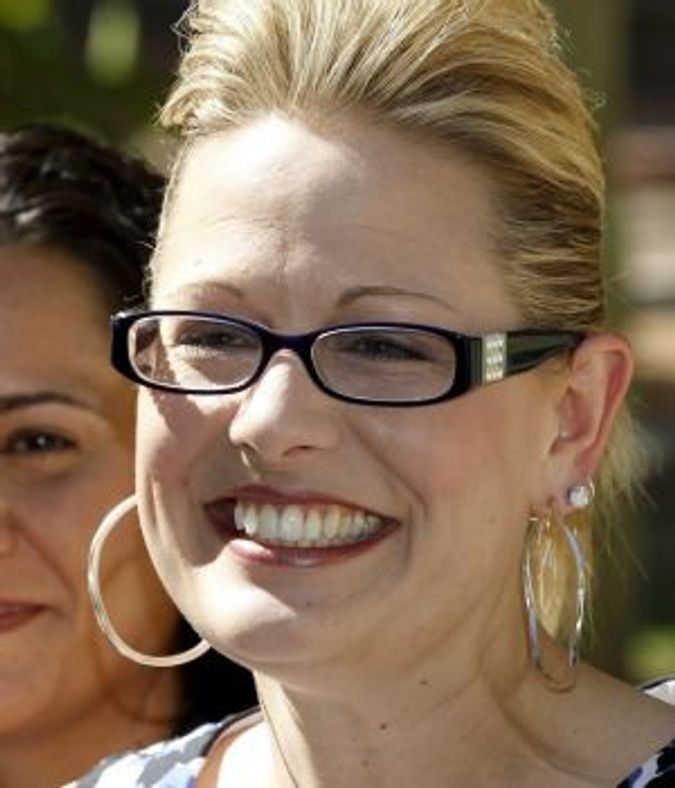 Kyrsten Sinema, a former Arizona state legislator and the only non-Jew in the three-person Democratic race, has been the subject of a handful of articles highlighting her past ties to liberal anti-war groups that have been harshly critical of Israel.

In a joint statement made with opponent David Schapira, an Arizona state legislator, Sinema struck back, accusing their opponent, former state party chairman Andrei Cherny, of being behind what the statement describes as “false attacks” on her Israel record.

“It’s this weird story that one of my opponents has decided he wants to tell,” Sinema told the Forward. “So I had to spend a lot of time telling folks… the truth.”

With the Democratic primary less than a month away, Sinema seems to have succeeded in parrying the attacks. In mid-July, one Arizona lobbyist with ties to the Jewish community and to the local AIPAC branch hosted an event for Sinema attended by members of the local Jewish community, some of whom donated to the campaign.

“All three of the candidates in the Democrat primary for congress in Congressional District 9 have relationships with people in the Jewish community, and all of them have supporters within the community,” said Ron Ober, founder of the Policy Development Group, the lobbyist who organized the Sinema event.

The Cherny campaign repeatedly refused requests to speak with the Forward for this story. 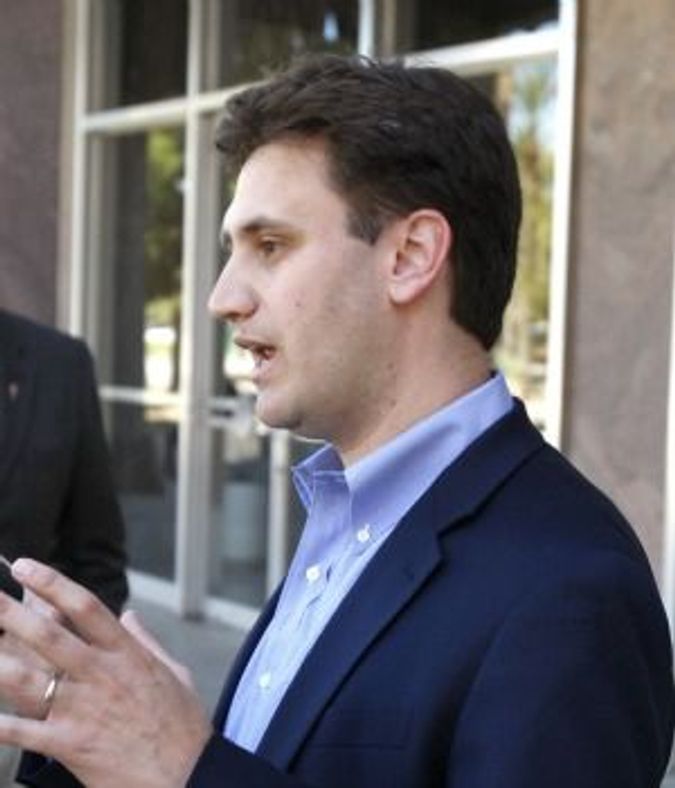 Arizona’s Ninth Congressional District, which includes Tempe and parts of Scottsdale, Mesa and Phoenix, is a new seat carved out after Arizona gained a seat in redistricting following the 2010 census. The race for the rare open seat is considered wide open by analysts. Nine candidates are running in the Democratic and Republican primaries. The general election is projected to be a toss-up between the Republican and Democratic nominee.

The Democratic field consists of three high-profile Arizona politicans. Both Sinema and Schapira have represented parts of the district in the state legislature. Cherny, meanwhile, is seen as a fast-rising figure in the national Democratic Party.

Though Cherny has more cash on hand than his opponents as of the latest federal filings, Roll Call newspaper reported July 31 that Sinema is considered to be the race’s frontrunner.

Republican candidates for the seat have raised far less, raising Democratic hopes of grabbing thedistrict, where a majority of voters backed President Barack Obama in 2008. Travis Grantham, a local businessman, has had the most success fundraising of the six Republican candidates. Vernon Parker, a former mayor of Paradise Valley, lost a 2010 Republican congressional primary, but appears set to do well in this race, according to Roll Call.

The level of Jewish involvement in the race is unusual. Both Cherny and Schapira are Jewish. That’s unexpected in Arizona, where Jews make up only 1.7% of the population. If one of them wins, he would become one of a handful of Jews elected to federal or statewide office in Arizona. Congresswoman Gabrielle Giffords was famously the first Jewish women to serve in such an office. Before her, Democrat Sam Coppersmith served one term in Congress in the 1990s and Republican Sam Steiger served from 1967 to 1977.

In a release accompanying her joint statement with Schapira, Sinema charged that Cherny’s campaign had “distributed unsigned memos filled with false attacks on his opponents, distributed those false attack memos to right-wing publications…” The release charged the memos of engaging in “guilt by association.”

Sinema forcefully disputed the characterization of her record as anti-Israel. She argued that her history of activism against the Iraq and Afghanistan wars had been used to suggest that she was also anti-Israel. Sinema said that she was a regular attendee of AIPAC legislative events locally and that she had donated to AIPAC.

Sinema’s campaign website includes a policy paper on Israel that supports the two-state solution, supports U.S. military aid to Israel, and supports “leaving all options on the table” with regard to dealing with Iran’s nuclear program.

According to Ober, the Jewish event he hosted for Sinema was held in response to what he said were the Cherny campaign’s efforts to portray her as anti-Israel. “The meeting that was held with Kyrsten Sinema was so that she would have an opportunity to address issues raised by Andrei Cherny and to discuss her position on issues related to the U.S.-Israel relationship,” Ober said.

Though some attendees at the event donated to the Sinema campaign, others simply attended and spoke with Sinema, including activists with the local AIPAC chapter.

Ober told the Forward that he or his wife had donated to the campaigns of all three Democratic candidates.

The fact that Sinema has apparently forged a lead in the race may be the real reason that the critique of her stand on Israel has failed to gain much traction.

“The basic principle is, you can never have too many friends,” said Douglas Bloomfield, a syndicated columnist, consultant, and former legislative director for AIPAC, of how pro-Israel activists think about candidates. “And you don’t have enemies, you just have potential friends.