Bel Kaufman Is Too Busy To Grow Old; ‘The Lion of Judah’ 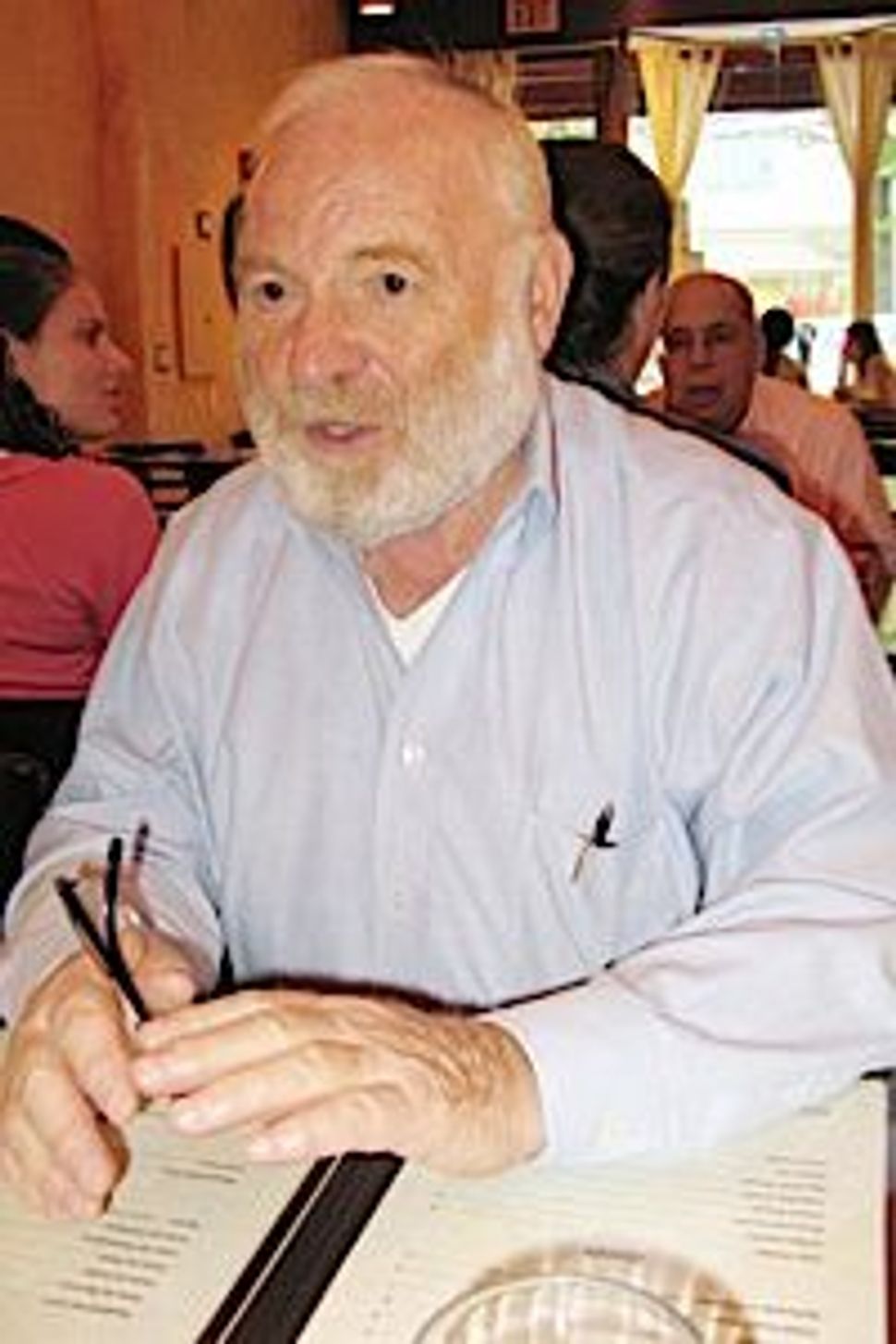 Bel Kaufman Is Too Busy To Grow Old

“I have stepped into the future,” 101-year old Bel Kaufman told me July 31, over lunch at Demarchelier, on Manhattan’s Upper East Side. Taking off her “80-year old Puccis” — oversized multicolored sunglasses by Italian designer Emilio Pucci — Kaufman mentioned that her two novels, “Up the Down Staircase” (HarperCollins, 1964) and “Love, Etc.” (Prentice Hall, 1979), are being digitized to be sold as e-books. A collection of 15 previously published short stories is also in the pipeline, under the working title “This and That.” 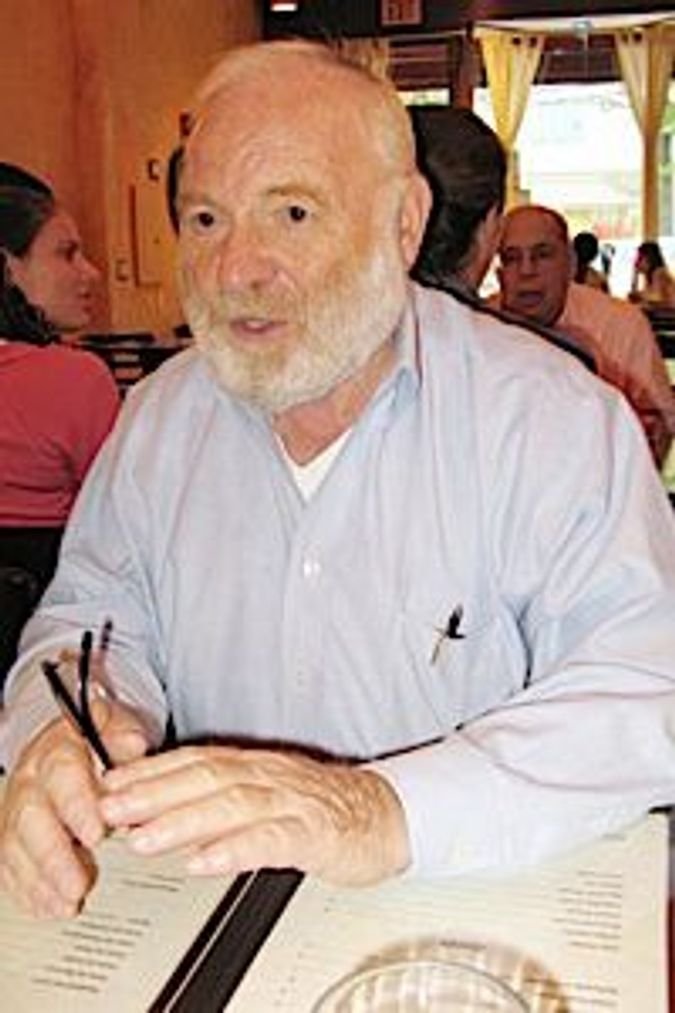 When I commented on her vigorous appetite, Kaufman, digging into a sizable omelet, replied: “I eat an awful lot…. I warn people: I eat everything. I have all my teeth — only fillings.” Between bites, she continued: “When I was 100, everyone said: ‘God bless you. How wonderful!’ Now, when I tell them I’m 101 — my birthday was May 10 — they just say, ‘Oh, really!”

The granddaughter of Sholem Aleichem reiterated a story she had told me during a meeting we had a couple of years ago: “My very first story, was ‘La Tigresse,’ about a femme fatale. I was the first woman to get a byline in Esquire magazine. It was the 1940s, [and] my agent told me that they don’t buy anything by a woman. So I changed my name from Belle to Bel.” ]My other Esquire story was ‘The Life and Death of James Philpotts.’ He was a man who was always on time and always did the right thing. His friend was just the opposite. He lived for fun. Both die in a crash and find themselves in front of a judge who tells them, ‘You are both going to opposite places.’ Philpotts is shocked when the judge tells him he is going ‘downstairs’ and his friend is going ‘upstairs.’ He pleads with the judge that he had led a blameless life [and should be rewarded]. The judge tells him: ‘You have given up all pleasure. What do you know of joy or fun? You will go where you are most comfortable.’ Philpotts lands in a room that is a replica of his old room at home.”

Reflecting on a 101st birthday party, she shared her thoughts with “20 old friends”: “I’m too busy to grow old. When I have time, I will figure it out.” Responding to my observation that she is lucky to have so many “old” friends at her age, she declared, “You just keep making new ‘old’ friends.”

‘The Lion of Judah”: A Holocaust Survivor’s Mission To Tell It Like It Was

So taken was I with Leo Zisman, the upbeat, gutsy Holocaust survivor and subject of the documentary “The Lion of Judah,” that I asked director Matt Mindell to set up an interview. On August 2 we met at Café Kriza, a kosher Middle Eastern restaurant in Great Neck, N.Y. Once known as “Ginger” for his red hair, Zisman is now white-haired and 81 years old. His survival odyssey — which includes the death camps Majdanek, Dachau, Birkenau and Auschwitz — highlights his chutzpah, ingenuity and nerve in outmaneuvering the Germans. In the film, Zisman is shown shepherding 35 young American adults through the camps, retracing what he witnessed and endured. He declares: “My mission is to tell young generations what happened in the concentration camps and keep reminding them of their duty to tell the world the story — since there are [fewer] to tell the story.” The film alternates between what Zisman remembers and what the members of the tour group experience. Revisiting a camp, Zisman describes the when he was a little boy and was about to be shot by a German soldier, he taunted the soldier rather than cowering. “Shoot me! Shoot me, you schweinhund [pig-dog],” he called. The German soldier was so shocked that he put down the gun.

The tour group includes Adrianna Celis, a dark-haired beauty who was born in Colombia and raised Catholic. After working at a kosher catering company and doing some research, she discovered that her family — “on both sides” — had been Sephardic Jews who had come to Colombia in the 1600s. In the film, co-producer and cinematographer Joe Kavitski, who is not Jewish and knew little about the Holocaust until the trip, describes the profound impact the journey had on him. He now teaches about the Holocaust at a school in Maplewood, N.J.

During our chat, Zisman described arriving at a concentration camp where his mother ordered him — a little boy — to “go with the men and my father. Then my father ordered me to ‘run!’” Zisman paused, and then went on: “I ran. Two German shepherds were sent after me. I fell. I picked up a branch and hit the dogs on the pisk[chk] [snout]. They let go, and I ran!”

In another incident, he described arriving at Auschwitz as part of a group of more than 100 boys. Realizing that “we were heading to the gas chambers,” Zisman ordered the boys to line up “five across” and to march briskly, singing “Ani Ma’amim” (“I Believe”). “The German officers went bonkers,” he recalled. “They had never seen young people so organized. Who were we? They could not find the paperwork for our group. So they sent us to Birkenau.” He then had the boys create a diversion so that he could retrieve tefillin from a pile of victims’ belongings, later passing them along to his mates so that they could daven in secret.

In the film, the group visits the remaining section the ghetto wall in Warsaw. Noting the modern buildings that now grace the area, Celis is appalled. “How can people live normal lives in apartments in Warsaw built over what had been the ghetto?” she asks. Interviews with several Poles in their 20s uncover lingering anti-Semitism. One says: “We are afraid of Jews…. Jews want their houses back. They have money.” Other young people are more sympathetic. One posits, “Some people need an enemy, someone to blame.”

I had assumed that Zisman was from Warsaw. “No! No! I am from Kovno [Lithuania]… one of a handful of Kovno survivors,” he said. “Ir zaynt a litvak!” (“You are a Lithuanian Jew!”) I exclaimed. At once the two of us were off and running in Litvishn Yiddish. Mindell and Zisman’s American-born wife, Myrna Zisman, listened as we compared notes on Kovno, where I had spent but two nights en route to Moscow in 1941. “If you’re from Warsaw, how come you speak Litvishn Yiddish?” Leo Zisman asked. “My parents were Litvaks,” I explained. At the end of the chat, Myrna Zisman told me she was the first woman in 100 years to be a trustee of the Incorporated Village of Cedarhurst.

“The Lion of Judah” opens on August 10 at the Quad Cinema, on West 13th Street.

Bel Kaufman Is Too Busy To Grow Old; ‘The Lion of Judah’