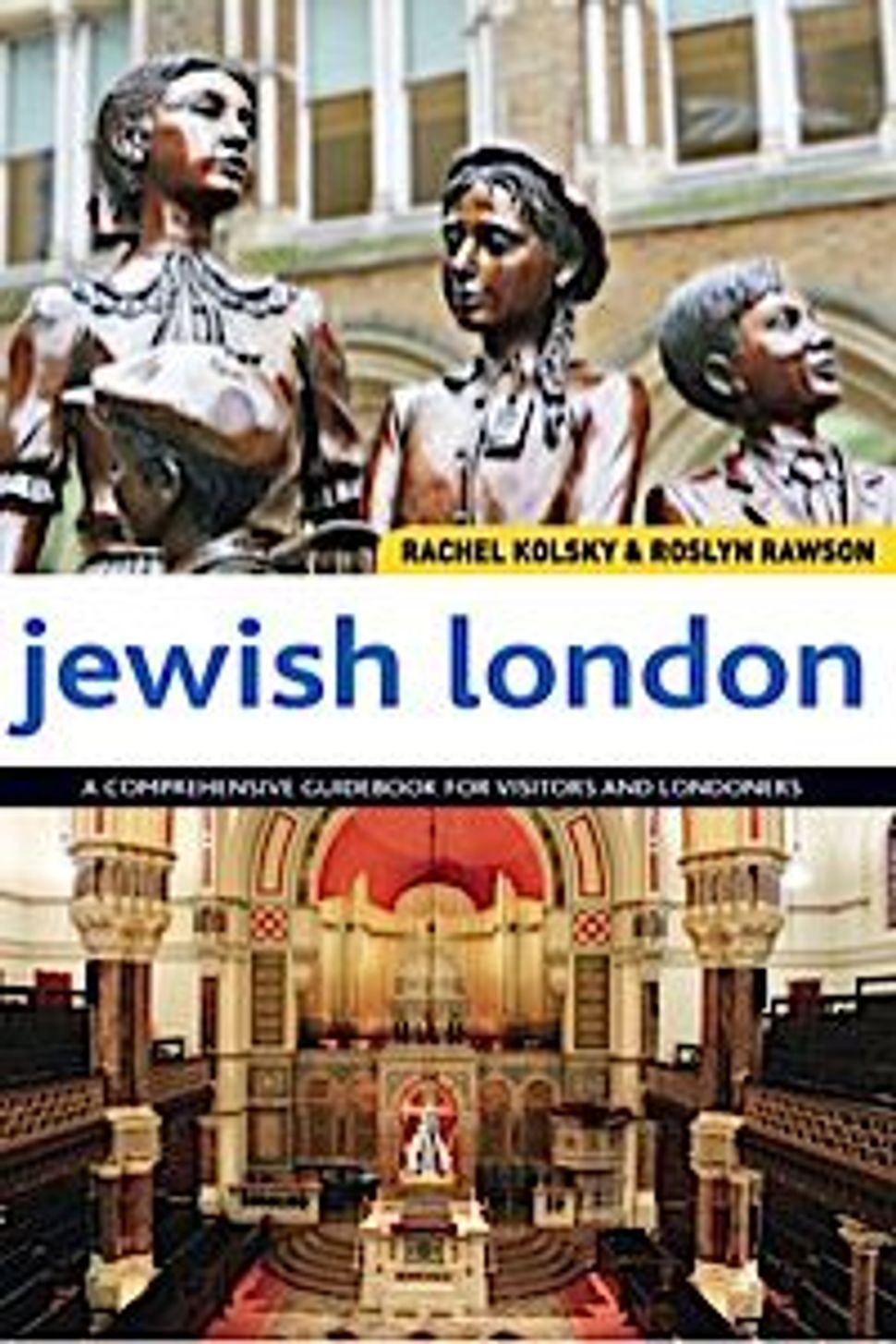 Jewish London and the 2012 Olympic Games

The next best thing to being at the Olympic Games in London turned out to be an introduction to Blue Badge Guide Rachel Kolsky. I’d written to Sir Martin Gilbert, official biographer of Winston Churchill and author of some 85 other books, to ask about the involvement of the Jewish community in the 2012 Olympics. When his wife, Esther Gilbert, told me that he was ill, she suggested I instead speak with Kolsky, who leads tours of the Olympic Village and other sites. Esther Gilbert, who under her maiden name of Goldberg compiled three volumes of the Holocaust Memoir Digest, also mentioned that her Volyn, Poland-born mother had been an avid reader of the newspaper Der Tog (The Day). After the newspaper’s demise, her mother became a loyal Forward reader. 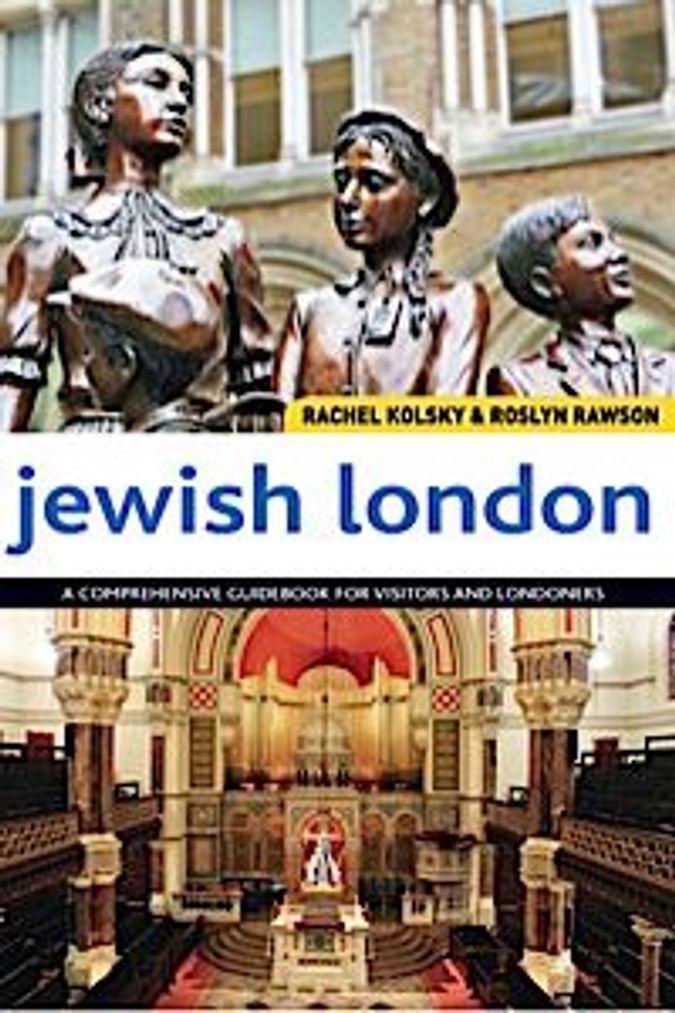 Kolsky told me in an email that she had booked both pre-and post-Olympic tours for people interested in the Jewish heritage of London, as well as in synagogues and the areas that have Jewish history. Kolsky and Roslyn Rawson penned the recent “Jewish London: A Comprehensive Guidebook for Visitors and Londoners” (New Holland Publishers) after volunteering at the Jewish Book Week festival and finding that, as Kolsky explained, despite a growing interest in the city’s Jewish heritage — “its vibrant cultural centres, festivals, areas off the beaten track, historic cemeteries of Jewish artists… Disraeli and the Rothschilds as well as of Holocaust memorials” there was no existing Jewish-themed travel book.

Many of Kolsky’s clients come from the United States or Israel, and she noted that on the tours, “the comparison and contrast between the American and U.K. immigrant experiences or the similarities and differences of the American and U.K. Jewish communities make for great conversation.” I asked her about the Spitalfields section of East London, and she described it as “the place in London where you can really feel the layers not only of history within the streets and buildings but also of the different immigrant communities.” She also mentioned that there are just five synagogues left in the East End, whereas there were once more than 65.

In addition to the Jewish athletes competing in the Olympic Games, Kolsky told me, “there are 70,000 volunteers working for London 2012 and 8,000 torch bearers, among whom there are many Jewish volunteers”: Rosalind Zeffert performed in the opening and closing ceremonies, and Leslie Lyndon carried the flame in Finchley, North London.

Kolsky also sent me some information about Westfield London, the city’s Official Shopping Centre of 2012. Westfield U.K. & Europe is managed by Jewish real estate developer** Michael Gutman**, and its Westfield Stratford City mega mall, which opened adjacent to the Olympic Park in September 2011, is Europe’s largest urban shopping center, at 1.9 million square feet. Kolsky noted: “If the Olympics were not happening, Stratford wouldn’t have happened…. It was the catalyst to bring the regeneration of Stratford forward.”

As for her own Jewish roots, Kolsky told me that though her mother was born in London, three of her grandparents came from Lithuania in the early 20th century. “I am pretty much a true Litvak,” she said. “My father’s parents came to Notting Hill, where they had a record shop… and changed their name from Kowalski to Kolsky. They were members of a small but vibrant Orthodox synagogue on Kensington Park Road, which lasted for 100 years but sadly closed.”

My August 11 telephone interview with filmmaker Avi Nesher took place while he was en route to the airport in Israel to board a flight to New York for the opening of his latest movie, “The Matchmaker.” Presented in Hebrew and with English subtitles, the poignant Israeli Academy Award-winning film centers on Arik (beautifully portrayed by 17-year-old Tuval Shafir, a teenager who is hired by matchmaker Yankle Bride (Adir Miller), a popular Israeli TV actor and comedian, to spy on potential matches. Bride, an enigmatic Holocaust survivor with a scar on his face, hands out his cards to the lost, lonely and often most unpromising candidates and offers them “love.” A major character is the beautiful, blond, emotionally wounded Clara (Maya Dagan), a survivor with a murky past. She is suspected of having done something to ensure her survival. The poignant film also includes a family of Romanian dwarves who own a movie theater run by the beautiful Sylvia (Bat-El Papura), for whom Yankele promises to find a short husband. Though the Holocaust is referred to only as “what happened there,” its emotional aftermath hovers like “Chagall’s Fiddler” above all the characters — even those who never experienced its horror.

“My father, who was from Czernowitz, was in labor camps in Romania.” Nesher told me. “My mother lost her whole family. She was from Yedenitz in Bessarabia and was 23 at the end of the war. Not until three years ago, on Yom HaShoah, did she speak to me [about her past]. She was terrified of the film.”

Nesher, who had been a film critic for many years, explained: “I see reality in terms of movies. I have an inner dialogue between reality and my memory of cinema.” “Who is this matchmaker?” I asked. “He is two sides,” Nesher replied. “He believes in the restoration of life by fighting [and] by restoring family, particularly in the cripples, even dwarfs [who had been victims of Josef Mengele’s experiments]. We make a point of not explaining Yanekele’s past or the large scar on his face. It stands for everything unmentionable.”

Discussing the Israeli attitude toward the Holocaust, Nesher said: “My generation was taught you never surrender — you commit suicide. We were brainwashed to be the ultimate warriors — new Jews, super Jews; it was necessary for survival. Jews going to the slaughter was seen as a great shame. [The war of] ’67 opened that valve. When you are less terrified yourself, you can accept others’ misery readily.”

Reflecting on the making of a movie, Nesher mused: “In a strange way it’s like having a child. You are creating life. You hope the child will grow up wise and good. But you can’t preordain. That the film was a hit in Israel was a surprise and very relevant. It’s been running in Los Angeles for eight weeks.”

Israel’s 1970s rock band Kaveret, aka Poogy, is part of the film’s soundtrack. Try not to miss it.

“The Matchmaker” opens on August 17 at the 13th Street Quad Cinema and at the JCC in Manhattan.