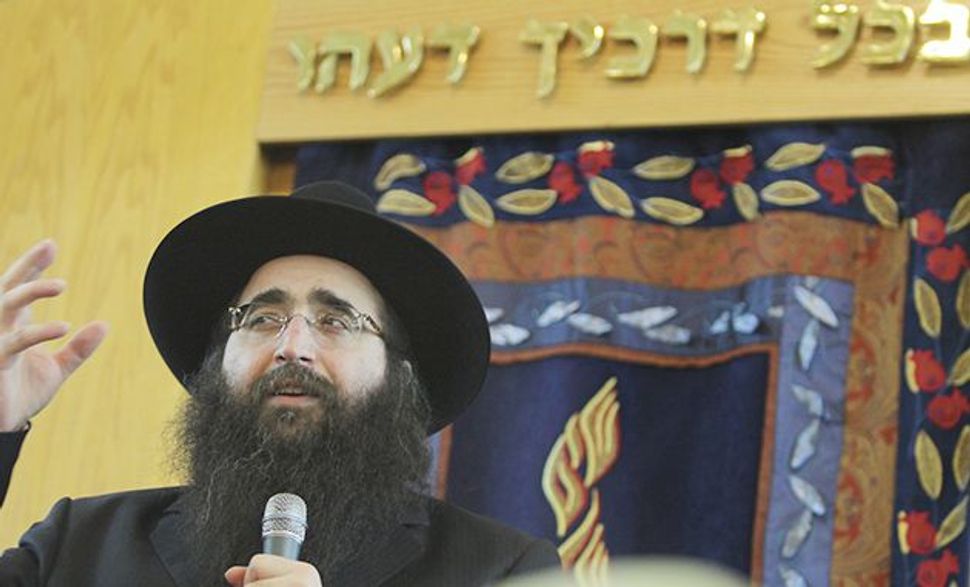 Followers of Rabbi Yoshiyahu Pinto on Sunday welcomed the arrest of Ofer Biton, a former close aide to the rabbi in New York. The rabbi’s supporters have long argued that Biton embezzled funds from his organizations and since then has been trying to blackmail the rabbi.

Followers of Pinto, an influential figure in Israel with a headquarters in Manhattan, raised hundreds of thousands of dollars for Michael Grimm, a Republican congressman, when he first ran for office in 2010, according to campaign records. Some donors have since said they broke rules to donate more cash to the Republican’s campaign than allowed by law.

Biton, an Israeli businessman who has been living for several years in the United States, was arrested on Thursday by FBI agents on suspicion of violating immigration laws. Only some of the suspicions against him were disclosed. In a hearing on Friday before a federal judge in Brooklyn, an FBI representative said Biton lied in his declaration of personal wealth some two years ago, as part of a request to obtain a special immigration permit that the United States offers to foreign investors who have at least $500,000. Biton’s lawyer declined comment. Authorities disputed Biton’s explanation for $400,000 in his possession. He told immigration authorities that most of it came to him as a personal loan from a family friend.

The FBI claimed it had evidence, including bank records, proving that the funds actually came from a “partner in the plot” whose name is not mentioned in the complaint. The man transferred the funds via a third party to conceal its source.