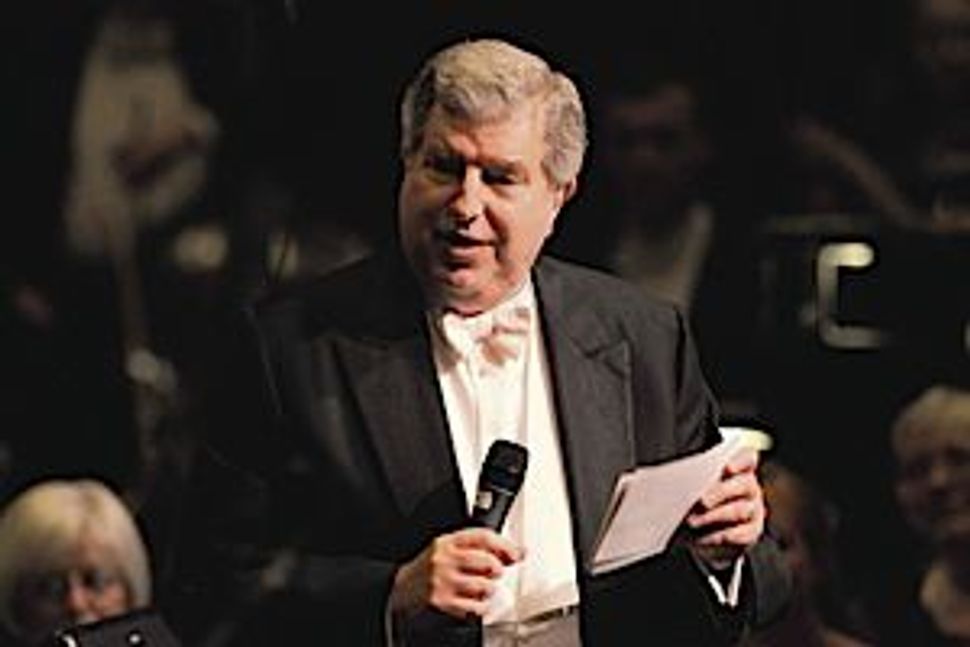 The Way He Was: Hamlisch?s life was celebrated by thousands at his funeral. Image by Getty Images

“We are gathered here not because Mavin Hamlisch died, but because Marvin Hamlisch lived.” Rabbi David Posner said to the 2000 mourners gathered on August 14 at the composer’s funeral, held at Congregation Emanu-El….This is the same sanctuary where George Gershwin’s funeral was held, in July 1937.” Rabbi Paul Kushner recalled: ” I met Marvin when he was 15 years old. His mother said, ‘This is my son Marvin. Someday he will be the greatest composer in Hollywood.’ In retrospect, she underestimated him. He became the greatest composer in Hollywood and on Broadway.” Kushner quoted Hebrew poet Chaim Nahman Bialik, who, “anticipating his own death wrote his own eulogy: ‘There is a man and he is no more. Before his time his life was ended. And the song of his life was broken. Oh, he had one more melody and now that melody is lost forever.’” 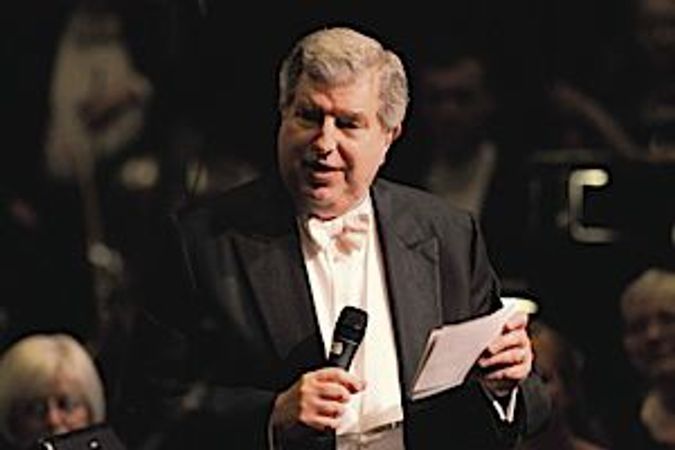 The Way He Was: Hamlisch?s life was celebrated by thousands at his funeral. Image by Getty Images

Conductor Judith Clurman led a chorus of 600 of Hamlisch’s friends and colleagues in singing the title song from the film “The Way We Were.” Larry Hochman accompanied at the piano. Among the chorus members were Sheldon Harnick, Lucie Arnaz and Rupert Holmes. (After the funeral, I spoke with Clurman, who told me that the size of the chorus had been stipulated in Hamlisch’s will.)

Bill Clinton said: “My own memories of Marvin come from the fact that he liked to say ‘yes’ more than ‘no’… to Hillary [Rodham Clinton, secretary of state] and me. He always knew that his gift could empower other people and touch thousands, even millions.” He cited a passage from Hamlisch’s memoir, “The Way I Was,” in which the composer recalled his demanding father saying: “When Gershwin was your age he had a concerto. Where is your concerto?” “We are Marvin’s concerto,” Clinton said. “We are grateful that he was given to us for 30 more years than Gershwin.”

Sony USA Chairman Howard Stringer quipped, “I am happy to announce that yet again, Marvin has a full house.” He went on to reflect: “Looking back, ‘A Chorus Line’ was the first musical reality show. For all his critical success, at heart Marvin was simply the merriest of minstrels. [He had] Oscars, Tonys, Grammys — all somewhere in a closet. [But] if there was an award for being a mensch, he’d have a ton.” Stringer told a story about how he and his wife co-hosted with Hamlisch and his wife an annual Christmas party for 30 close friends. “Half were Jewish,” he said, “so it was a secular celebration. The evening became Marvin’s own playground. “The Twelve Days of Christmas’ was rewritten to include the name of each guest: ‘Two turtle doves’ became Barbara Walters; ‘five golden rings’ became Mort Zuckerman.” Another time, Stringer said, “Marvin was invited to accept an award in Vienna — the first of Marvin’s parents’ homes before they were driven out by the Anschluss. He began his acceptance speech with a meaningful and revealing opening: ‘My father loved Vienna. He didn’t want to leave.’”

Reflecting on his 48-year friendship with Hamlisch, composer Richard Kagan said: “In the summer of 1964, I became a music counselor at a girls camp, Camp Geneva, in the Poconos. Original musicals were put on and sung year after year. I replaced someone called ‘Marvin.’ All summer long it was ‘Marvin, Marvin, Marvin.’ It was annoying. One day, in walked my nemesis. He was tall and gawky and had a brown paper bag with a banana…. He sat down at the piano to play, and my life changed forever…. On the day he collapsed, he told me how much he loved [his wife], and he was thrilled by the direction of his career. He read me word-for-word the rave review of ‘The Nutty Professor’ [his latest musical], which had just opened in Nashville [Tenn.]”

Philanthropist and socialite Lily Safra said, “I thank you for all happy moments you have given us…. Thank you for your kindness to my children, grandchildren and [late husband] Edmond. You are now in heaven, my angel. À bientôt.”

“To his last day, Marvin was a child of New York, “said Leonard Lauder, chairman emeritus of the Estee Lauder Companies. “He was born in Manhattan and was admitted to Juilliard when he just 7 — the youngest ever at the time. After that he went to Queens College, which is one of New York’s great public institutions. These colleges and universities have turned out so many greats like Marvin, helping us to make this nation a wonderful place today…. America is singing because of the education Marvin and so many like him received in this city.”

Ebs Burnough, former deputy social secretary to President Obama&&, read a statement from **Nancy Reagan: “Marvin Hamlisch was my dear friend…. I heard him say once that he was old fashioned, and I suppose that is why Ronnie and I were so drawn to him…. During our time in the White House he entertained at many events [and] wrote a special song for Ronnie’s 77th birthday.” The Obamas also sent a message: “We are deeply saddened to learn of Marvin’s passing. Please accept our heartfelt condolences.”

“Marvin taught me to live life with gusto and magic,” said Hamlisch’s wife, Terre Blair. “He would order every dessert on a menu so everyone could taste everything and miss nothing in life.” When describing the thousands of sympathy emails “pouring in from Japan, Israel, Australia,” her composure fractured. She read a quote, by the 14th Dalai Lama, that Hamlisch had kept on his desk: “We are visitors on this planet. We are here for 90 or 100 years at the very most. During that period, we must do something good, something useful, with our lives. If you contribute to other peoples’ happiness you will find the true goal, the true meaning of life.” In one of the front pews sat Richard Gere and two Tibetan monks.

The tearful crowd joined the chorus in singing “What I Did for Love” from “A Chorus Line.” As pallbearers carried down the center aisle a coffin bedecked with yellow flowers, a sobbing Liza Minnelli followed. Among the mourners were Alan Alda, Leslie Uggams, Ann-Margret, Kathie Lee Gifford, Diane Sawyer, Mike Nichols and Joe Torre.

Hamlisch popped up on my radar screen in 1968 with his remarkable score for the film “The Swimmer,” which starred Burt Lancaster. The fact that we were both Queens College alumni was something we chatted about whenever we met. One encounter in particular stands out: It was the April 15, 2002, American Theatre Wing gala at the Waldorf-Astoria, titled “Honoring Broadway Composers and Lyricists.” Chaired by Hal Prince and by David and Helen Gurley Brown, the event honored Jerry Bock, Cy Coleman, Betty Comden, Fred Ebb, Adolph Green, Hamlisch, Harnick, Jerry Herman, John Kander, Stephen Sondheim and Charles Strouse. The following day, I called Bock (who wrote the music for “Fiddler on the Roof” and “Fiorello!”) to see if I was correct in thinking that every single one of the honorees was Jewish. Without missing a beat, he replied, “They make a minyan.”