Turning an Eye on Jews of Shanghai 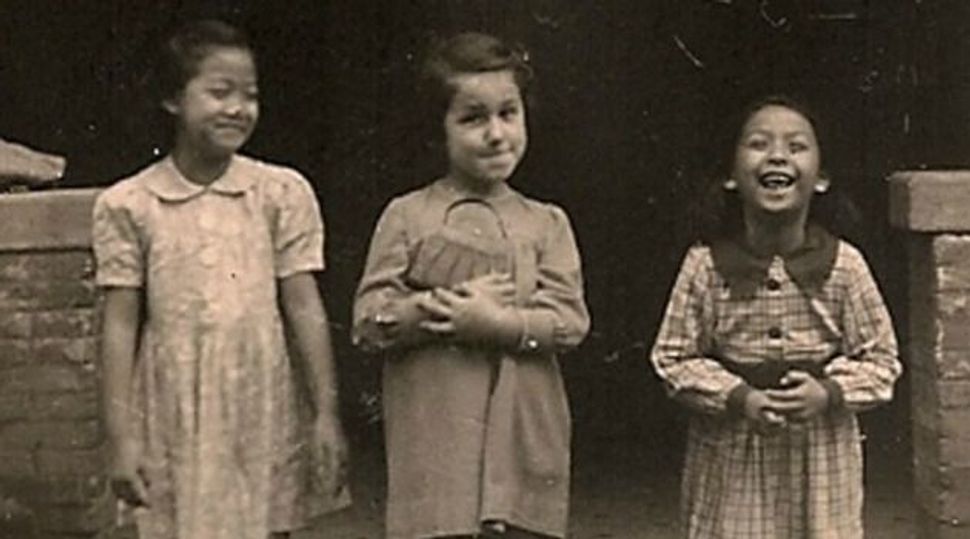 Between 1933 and June 22, 1941, when Germany declared war against the Soviet Union, roughly 20,000-25,000 Jewish refugees escaped Nazi persecution and the coming Holocaust by fleeing to the Far Eastern port city of Shanghai. Because of its extra-territorial status prior to Japanese occupation in 1941, Shanghai was one of the few places in the world that would accept Jewish refugees without requiring hard-to-get immigration visas.

This fascinating period of history is the subject of the current exhibition at the Jerusalem House of Quality called “Jewish Refugees and Shanghai” which opened last Thursday and is set to close this Saturday, August 25.

”We sincerely hope that, based on the common history of the Chinese people and the Jewish refugees in Shanghai, and the significance attributed to it by Chinese and Israelis, this exhibition will increase the mutual understanding and cooperation between the people of both countries,” reads the curator’s introduction. And it is through this lens that the exhibit provides visitors with a snapshot of Jewish refugee life in the Hangkou district of Shanghai around the time of World War II.

“Jewish Refugees and Shanghai” was developed by the Shanghai Jewish Refugees Museum, founded in 1997 in what was once the main synagogue in the Jewish Shanghai ghetto, known as Ohel Moshe. The current exhibition in Jerusalem isn’t the first time it has been shown in Israel this year, previously having a short run in Haifa in February, followed by a stint in Be’er Sheva. The Israeli city tour, as well as stops in Germany and in the United States, can be viewed as part of a larger effort by the Chinese government to strengthen people-to-people ties between Israelis, Jews and the Chinese with special events marking 20 years of normalization between the two countries in 1992.

The central focus of the exhibit, and its most interesting element, is the testimony of 20 or so former residents of the Shanghai Jewish ghetto. Photographs and official documents accompany the words, capturing the essence of Jewish life in the ghetto leading up to, during, and after World War II. The exhibit divides the material into six separate periods in the Jewish refugee experience in Shanghai: Fleeing to Shanghai, Refugee Life in Shanghai, The Hongkou Ghetto: Striving for Survival, Affectionate Neighborhood, Leaving Shanghai and Unforgettable History.

The selection of testimonies seems to favor those that describe the intermingling of Chinese and Jews and the members of Shanghai’s three distinct Jewish communities: stateless refugees, Russian Jews and Baghdadi Jews. Of the 20 testimonies, two refer to Chinese-Jewish couples in Shanghai and one refers to the marriage between a Jewish refugee and a member of the local Russian Jewish community, a rare occurrence, according to the interviewee. To what degree these testimonies accurately convey the typical Jewish experience is open to question.

“There was very little non-commercial interaction, such as dating and marriage between Jews and Chinese or, for that matter, between Russian, Central European, and Baghdadi Jews in Shanghai,” says Jonathan Goldstein, professor of East Asian History at the University of West Georgia and author of the two-volume “Jews of China.” Goldstein, who noted that he had yet to see the exhibit, added, “the instances of Chinese -Jewish intermarriage were so rare that the names are memorable, like those of Jewish-American baseball players.”

Another interesting part of the exhibition tracks the lives of prominent people who were part of the Jewish community in Shanghai, for example Michael Blumenthal, a German-born Jewish refugee who later became the U.S. Treasury Secretary during the Carter administration. Before reaching prominence in the U.S. government, the young Blumenthal helped support his refugee family in Shanghai by delivering bread. He later attended the re-opening of the U.S. Embassy in China in 1979 on behalf of then- president Jimmy Carter and played a key role in unfreezing the U.S.-based assets of Communist China as one of the steps in the thawing of the U.S.-China relationship.

Amid all the intriguing details and the exhibit’s multimedia presentation, the reality is that the enforced concentration of Jewish refugees in the Shanghai Ghetto by Japanese occupation authorities only lasted for two years, from 1943 to the city’s liberation in 1945.

Not that this detracts in any way from the significant role that Shanghai played as a safe-haven for Jews fleeing Nazi genocide in Europe both before and after 1943.

“The memory of the Hongkou ghetto should be preserved because of its significance for world history and the history of the Holocaust,” said Goldstein. “There was nowhere else on this planet where a paperless, passport-less Jew [or anyone else] could simply arrive during the Hitler period, no questions asked… It is remarkable that as many as 20,000 Jews were able to reach Shanghai and escape virtually certain death in Hitler’s Europe. “

Turning an Eye on Jews of Shanghai