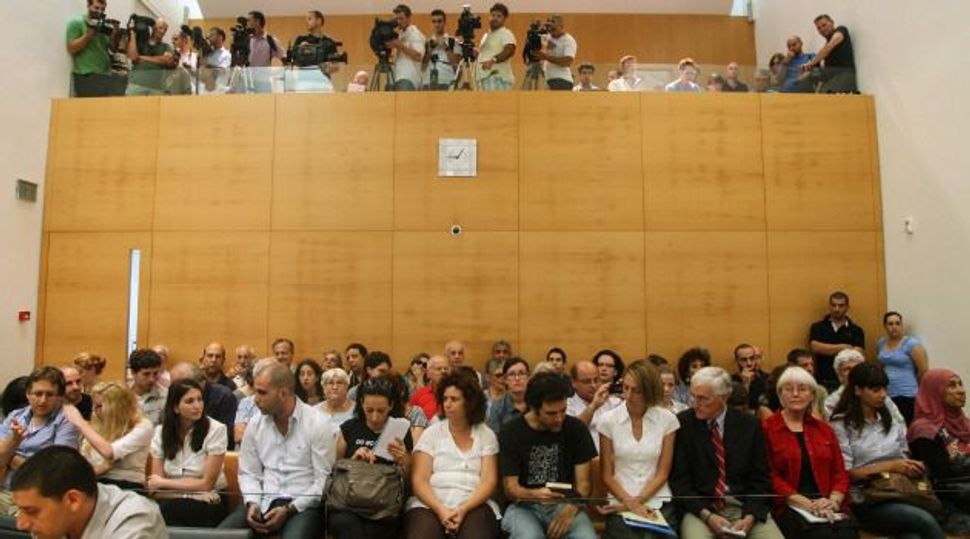 Narrow Issue: The family of Rachel Corrie, lower right, prepare to hear the ruling of an Israeli court over the American activist?s death in Gaza. Image by getty images

The verdict by an Israeli court in the case of Rachel Corrie, an American activist killed in Gaza by an Israeli military bulldozer in 2003, may have captured international attention and touched on a range of ethical issues at the center of Israel’s military operations. 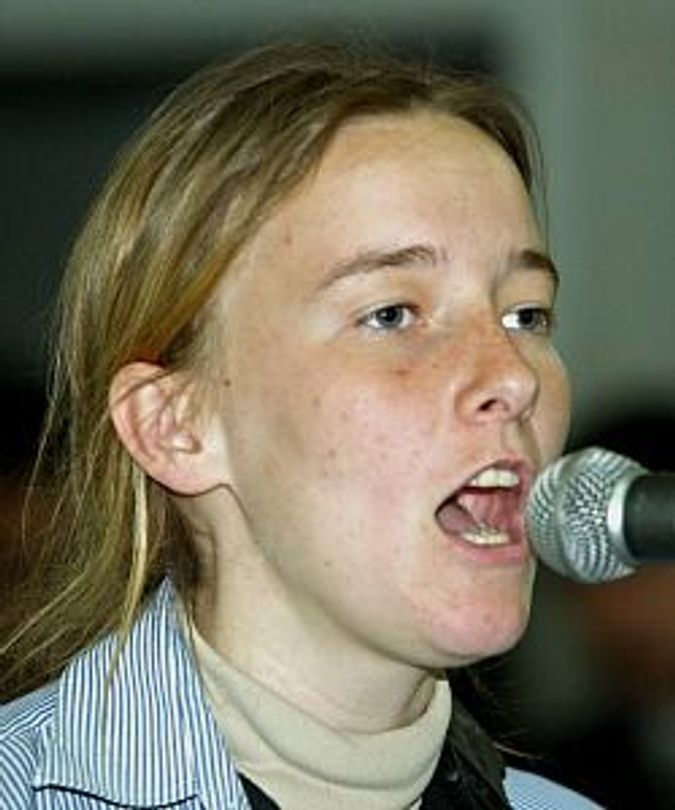 But at its core, Tuesday’s ruling on whether Israel was responsible for Corrie’s death nine years ago hinged on one simple question: Did the bulldozer driver who ran over Corrie see her or not?

The judge in Haifa District Court ruled that he did not. Corrie’s family maintains that he did.

Larger issues were part of the proceedings and their surroundings: What are the responsibilities of civilian activists in an armed conflict? Does a civilian area with terrorist activity count as a war zone? What distinguishes between an organization that peacefully opposes the Israeli occupation of Gaza and one that aids terrorists?

Those matters, however, took a back seat to the actual reasoning of the legal ruling by Judge Oded Gershon.

Corrie, a 23-year-old from Olympia, Wash., has become a symbol for some American and other groups that oppose Israel’s occupation of the West Bank and its policies toward Gaza. Her parents founded the Rachel Corrie Foundation for Peace and Justice, which “supports grassroots efforts in pursuit of human rights and social, economic, and environmental justice,” according to its website, and a play titled “My Name Is Rachel Corrie” opened in London in 2005.

On March 16, 2003, Corrie was an activist with the pro-Palestinian International Solidarity Movement protesting in the southern Gaza city of Rafah during the second intifada. She was acting as a human shield for a house about to be demolished by the Israeli army when she became enveloped in the pile of dirt created by an armored bulldozer as it moved toward the house. Corrie died soon after in a nearby hospital.

Her parents brought a lawsuit in Israel that accused the state of responsibility for their daughter’s death. But in clearing the state of all charges, Gershon said that Corrie voluntarily risked her life by entering a place where there was daily live fire. Moreover, the Haifa judge said the bulldozer driver did not see Corrie as she was standing behind a pile of dirt, and that Corrie did not move out of the way when she saw the bulldozer moving toward her, instead climbing on the pile of dirt.

Corrie “put herself in a dangerous situation opposite a bulldozer when he couldn’t see her,” Gershon said, reading the verdict. “She didn’t move away like anyone of sound mind would. She found her death even after all of the IDF’s efforts to move her from the place.”

Gershon also dismissed charges that the state tampered with the evidence in its investigation into Corrie’s death. He added that the demolition of the home by the Israel Defense Forces on that day was an “act of war” and the area was a closed military zone.

The judge reserved some of his harshest words for Corrie’s organization, saying ISM was “mixed up in terror” and accusing the group of aiding terrorists behind a facade of human rights activism.

“There’s a big gap between the organization’s declarations and the character of its actions,” Gershon read from the verdict. “ISM activities include placing activists as human shields for terrorists,” and “financial, logistical and moral assistance to Palestinians, including terrorists.”

But speaking at a news conference following the verdict, the Corrie family and its lawyer presented a narrative that contradicted the judge’s.

The lawyer, Hussein Abu Hussein, called Corrie and the other ISM volunteers “all peaceful activists. The army did not try to stop them. There was no command that it’s a closed military area. There was no threat to the lives of the soldiers. How could he say that?”

Hussein added that the driver of the bulldozer must have seen Corrie, as she was protesting in one spot for five hours before she was run over.

The Corrie family said it planned to appeal the verdict, which it must do within 45 days.

Cindy Corrie, Rachel’s mother, blamed the ruling on “a well-heeled system to protect the Israeli military and the soldiers who conduct actions in that military, to provide them with impunity at the cost of all the civilians who are impacted from what they do.”

“This was a bad day not only for our family but a bad day for human rights, for humanity, for the rule of law and also for the country of Israel,” she said.

Craig Corrie, Rachel’s father, said after the ruling that though they had sued the state, he rejected “the idea that simply making some of these things known is an attack on Israel.” Israeli anti-occupation activists, he said, have supported the Corries “from the first moment we’ve done this.”

The Corries grew most passionate, however, when discussing what happened on the day their daughter died. They contradicted a statement from Israel’s State Prosecutor’s Office declaring that “the driver of the bulldozer and his commander had a very limited field of vision, such that they had no possibility of seeing Ms. Corrie.”

“I can say without a doubt that I believe my sister was seen as that bulldozer approached her,” she said. “I hope someday he will have the courage to sit down in front of me and tell me what he saw and what he feels.”