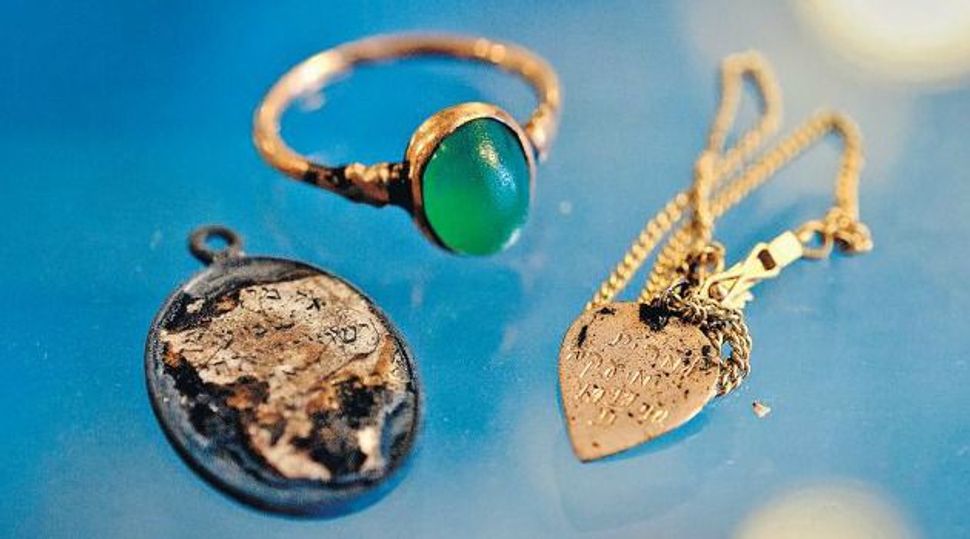 All That Remains: Everyday items lost for decades shed new light on the murder of thousands of Lithuanian Jews in a fort in Kovno. Image by haaretz

On the shiny glass table lay jewelry, coins and metal utensils – similar to those in a catalog of antiques. The years have left their mark on the items, but they are still in good shape. Some collector would probably pay a nice amount for them.

But these items are not for sale. It is doubtful whether anyone even would think of buying them if they knew where they came from. They were found about a year ago in Kovno, Lithuania, also known as Kaunas. Vladimir Orlov, a young local archaeologist, found the items – and revealed a dark secret hidden for 70 years.

At a 10-day seminar held at at The International School for Holocaust Studies in Yad Vashem, the Holocaust Martyrs’ and Heroes’ Remembrance Authority in Jerusalem for Lithuanian educators that ended Wednesday, Orlov presented his research in a talk: “The Beginning of the Holocaust in Lithuania (VII Fort Findings ).”

Kovno is the second largest city in Lithuania. The archaeological site was found in one of the 10 fortresses built surrounding the city in the 19th century that were used as prisons. In the summer of 1941, some 4,000 Jews from the city were quickly gathered in the seventh fort and murdered. Some were shot using machine guns and others were killed by hand grenades.

Over the past seven decades, the personal belongings of the Jews killed there – eyeglasses, rings, pen knives, scissors and coins – were hidden by the dirt. Hebrew letters decorated some of the items, and are the only testimony as to the identity of their forgotten owners.