Bill Clinton Says ‘No Idea’ If Hillary Will Run 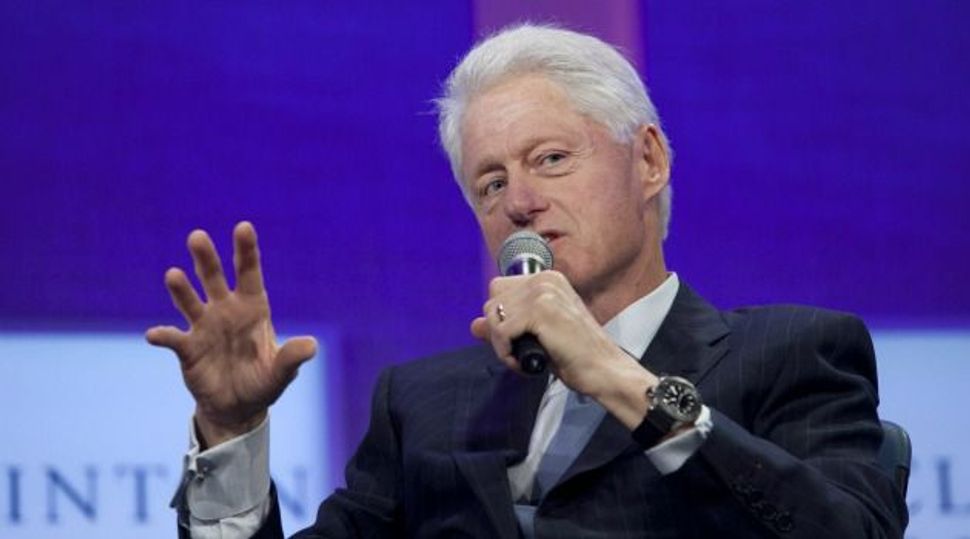 If Secretary of State Hillary Clinton harbors ambitions to run for president, she is keeping them under tight wraps.

“I have no earthly idea what she’ll decide to do,” her husband, former President Bill Clinton, said on CBS television’s “Face the Nation” on Sunday.

Although Hillary Clinton went down to defeat to President Barack Obama in a close primary contest in 2008, she has stayed in the public eye as the president’s top diplomat. In that role, Clinton, who had been a U.S. Senator from New York, has built a reputation as a capable stateswoman and a loyal lieutenant to the president. She is frequently rated as the most popular member of Obama’s cabinet.

Clinton has said she will step down from her current job whether the president wins re-election to another four-year term on Nov. 6 or not.

“She wants to take some time off, kind of regroup. Write a book,” her husband said.

However, she is likely to remain an influential voice and questions about her political future will persist. Clinton’s support among Democrats is firm, and some had hoped Obama would boost his re-election chances by replacing the gaffe-prone Vice President Joseph Biden with her as his No. 2.

While she has remained generally outside the political fray during this election season, her husband has seized a prominent role in campaigning for the president’s re-election. Even so, Hillary Clinton, who was first lady when her husband was president from 1993-2001, is herself known as one of the Democratic Party’s most influential and best-networked insiders.

The former president said that no matter what, there would be a strong crop of Democrats interested in running for the Oval Office in 2016, including governors and members of Congress.

“We’ve got a lot of able people in our party who want to be president,” he said.

However, he said that with his wife’s experience in the White House, where she led an unsuccessful effort to overhaul the U.S. healthcare system, on Capitol Hill, and in the administration, there would be no one more qualified than her to run.

“She’s the ablest, I know I’m biased, but I think she demonstrated as senator and as secretary of state that she has extraordinary ability,” Clinton said.

Bill Clinton Says ‘No Idea’ If Hillary Will Run