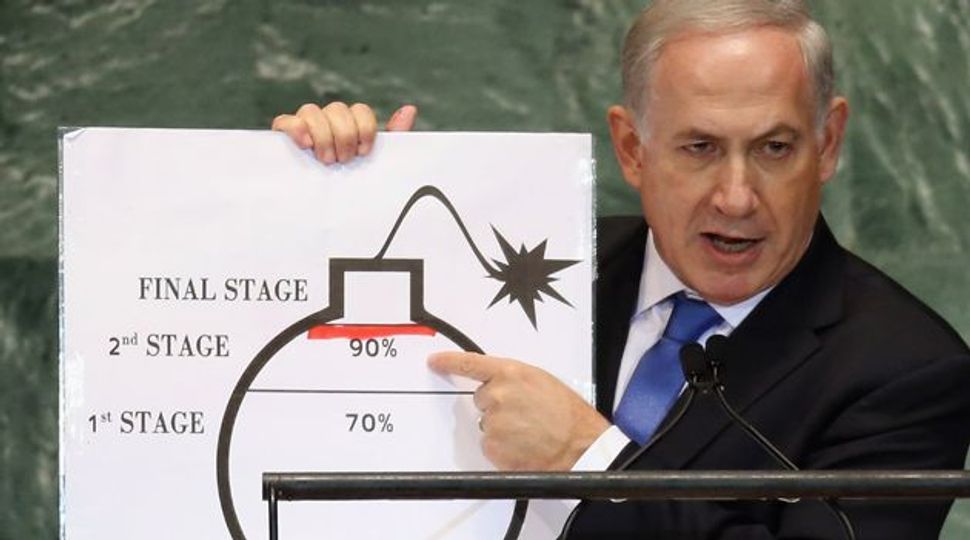 Bibi Drops a Bomb: At the U.N., Israeli Prime Minister Benjamin Netanyahu unveiled an unorthodox prop to buoy his argument against Iran. Image by getty images

In this week’s podcast, host Josh Nathan-Kazis is joined by Forward Washington correspondent Nathan Guttman and Opinion Editor Gal Beckerman to discuss Benjamin Netanyahu’s recent speech at the U.N. and his unorthodox style when addressing an international audience on the subject of Iran’s nuclear capabilities. Then, Editor Jane Eisner drops by to discuss the rumors that Monica Lewinsky is writing a memoir — and why we should all cringe. Finally, Forward fellow Seth Berkman explains the case of Magen Tzedek, an ethical certification for kosher food that hasn’t issued any certifications, despite being proposed five years ago.