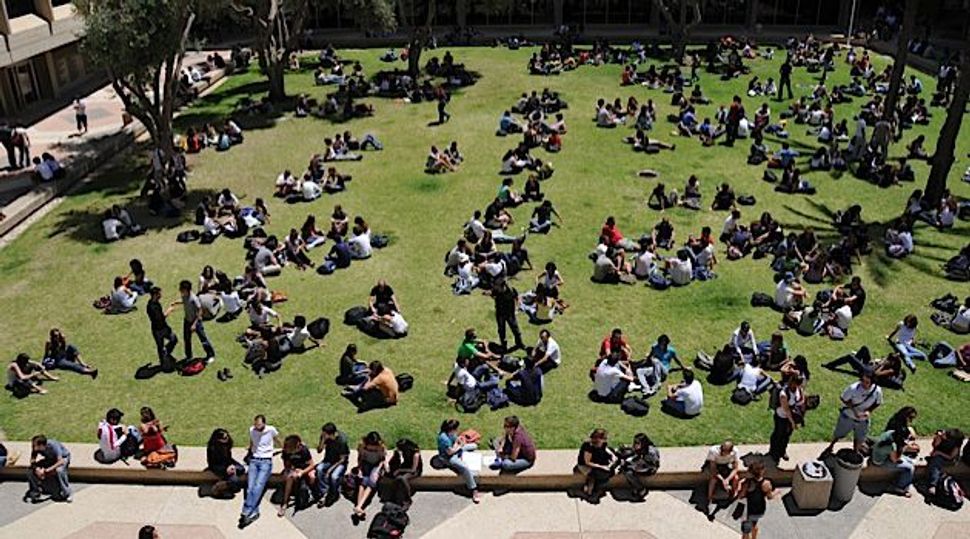 In what many academics see as an ideological move against a left-leaning university department, Israel’s higher education authority is advancing a plan to stop politics courses at Ben Gurion University.

The Politics and Government department at the Beersheba-based university had been criticized from the right for employing academics who espouse a liberal perspective. Two years ago, the group Im Tirtzu, famous for its attacks on civil rights organizations, launched a high-profile campaign against the department, claiming in a report that its faculty has an anti-Israel, far-left agenda and subsequently accused it of “anti-Israel incitement.”

On October 23, the government’s Council for Higher Education (CHE) will decide whether to accept a recommendation of its quality control subcommittee and stop enrollment in 2013, effectively closing the department. The recommendation is ostensibly based on a routine evaluation of all Israeli politics departments, which began five months after the Im Tirtzu report — but the very academic who headed the evaluation has taken the CHE to task for acting out of step with its own findings.

In an email to the CHE obtained by the Forward, evaluation chairman Thomas Risse and panel member Ellen Immergut, both Berlin-based academics, wrote that they “have not been consulted” on the closure plan.

Risse and Immergut also suggested that Ben Gurion was being singled out, noting that their panel also raised “many concerns” about Bar Ilan University’s Political Studies department. But Bar Ilan is a right-leaning religious university, and its department is not threatened with closure.

A third member of the seven-person panel, Galia Golan, of the Interdisciplinary Center Herzliya, told the Forward of her concerns about the closure plan. “I think that the explanation is political. I really have no doubt,” she said.

Ben Gurion’s president, Rivka Carmi, claimed in a letter to Israeli academics that if the closure is finalized it will constitute “a devastating blow to academic independence in Israel.”

She wrote: “The subcommittee’s decision was reached without any factual base to back it up; it is unreasonable and disproportional, and, most importantly, it does not in any way reflect the opinion of the international committee which oversaw the process. We therefore wonder what is actually behind this decision.”

Ben Gurion’s Politics and Government department has grown rapidly since it opened in 1998 and today has 400 students and 11 faculty members. Its most famous academic is Neve Gordon, who wrote in the Los Angeles Times in 2009 that Israel is “an apartheid state,” and an international boycott is “the only way that Israel can be saved from itself.” Other faculty members include Dani Filc, disliked by the right for his former role as chairman of Physicians for Human Rights-Israel, in which he was critical of Israel’s conduct in the Gaza War of 2008-09, and David Newman, who has a long record of informal peace talks with Palestinians.

The 2010 evaluation committee raised concerns about the department’s political identity. It questioned whether there was “a balance of views in the curriculum and the classroom” and declared itself worried by the department’s encouragement of students becoming politically involved. It was “concerned that the study of politics as a scientific discipline may be impeded by such strong emphasis on political activism.”

Golan objected so strongly to this line of criticism that she refused to sign the panel’s report. She told the Forward that she believed Ben Gurion was treated far more harshly than other institutions, saying: “The quality and quantity of attention given to Ben Gurion University was different to other universities, and that was because of political considerations.”

The panel concluded that both political identity and academic approach were cause for concern.

The department leans towards an interdisciplinary approach, and panel members felt it needed to bolster teaching of skills for the systematic study of political science and increase the number of faculty members oriented toward this “methodological core.” If this was not fixed, as a “last resort” Ben Gurion should consider closing the department, the panel wrote.

Acting on this feedback, the Ben Gurion department made three new appointments, prompting the panel’s praise. In July, Risse and Immergut studied the credentials of the new appointees and wrote to the CHE to “congratulate the department on successfully recruiting three new faculty members in the areas of comparative politics, quantitative methods, and political theory, and for its plans for a fourth recruitment next year.”

Then, in September, came the CHE subcommittee recommendation to close the department.

It prompted widespread speculation among social scientists that springtime appointments in the CHE by the strongly nationalist education minister, Gideon Saar, had brought in right-leaning academics who were behind the new hard line toward Ben Gurion.

The CHE did not respond by press time to requests for comment, but Hebrew University political scientist Abraham Diskin, a member of the evaluation panel, discussed its reasoning with the Forward and defended it. “The subcommittee of the CHE, from a professional point of view, believes that in the case of two out of the three [academics] they have hired, [they are] more of the same,” he said.

Diskin insisted that he was not referring to their political affiliation but the fact that only one of the three is an expert in the kind of methodological research that his panel recommended bolstering.

Newman, who is the founder of the Ben Gurion department and dean of humanities and social sciences at the university, responded: “It is nonsense that because two or three new recruits are not in the ‘positivist’ field of science you can recommend closing a department.”

The CHE is coming under heavy pressure ahead of its October 23 meeting to decide against closure. Ben Gurion is threatening legal action if the CHE goes through with its recommendation, and hundreds of scholars from Israeli universities and abroad have signed petitions echoing Carmi’s view that closure would constitute a setback for academic independence. But some on the Israeli right respond that they have unrealistic expectations.

“The so-called academic freedom claim by universities in Israel is exceptional and far beyond that in the U.S.,” claimed Joel Golovensky, founder and president of the Institute for Zionist Strategies think tank. “Academic freedom does not preclude the government that supplies funds overseeing how they are spent.”