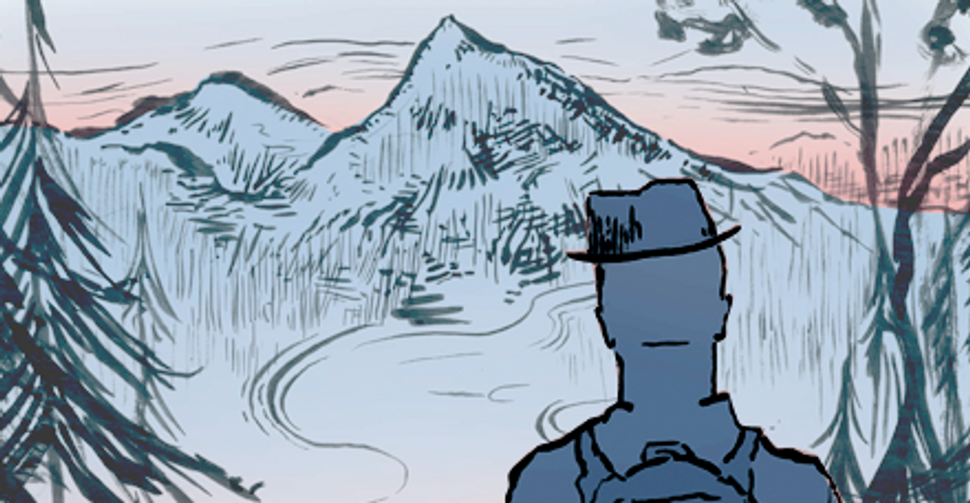 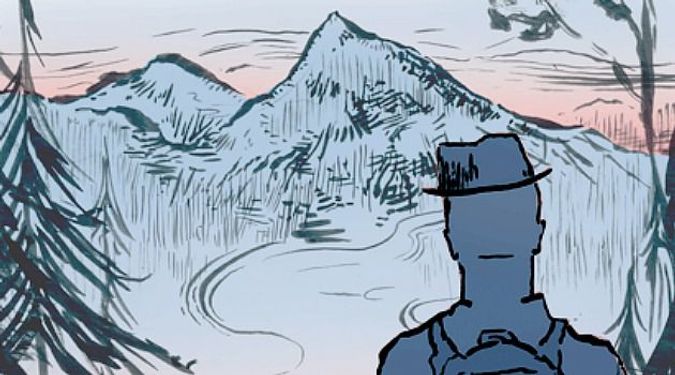 We both knew it was over. Though I’d been the spiritual leader of my congregation in Manhattan’s Greenwich Village since its founding in 1999, and while we’d weathered the horrors of 9/11, personal tragedies and a catastrophic recession together — as well as celebrated births, marriages and other joyous events — if I had to officiate at another bar or bat mitzvah, I’d lose it. After a decade of service, it was time for me to move on, and it was time for them to find a new rabbi who wasn’t bored and burned out. Two months before my final paycheck, I left the synagogue, New York and my wife, and spent a couple of weeks by myself in a cabin near Hood River, Ore.

My marriage, too, had been headed south for a long time. While I loved my wife, my heart told me that our relationship needed to come to an end. Despite the truth I felt in my heart, my brain was torn by the issue: “Why should I leave a situation that had become so… familiar?” I drank alone at night in my basement cave to try to numb my questions and doubts. If my situation didn’t change, and soon, I would continue to damage my body and hide from the difficult reality that I was depressed.

Oregon wasn’t an escape, it was a mirror — still, silent and far removed from the frenzy of New York City, a place I had grown more and more weary of after almost two decades of living and working there. I landed in Portland in early July, picked up my rental car, and drove east for an hour or so through the Columbia River Gorge until I emerged in the town of Hood River. Then, after stopping for supplies, I turned south toward Mount Hood and my isolated cabin that was tucked away in its foothills.

In my seclusion, I forced myself to face the life-altering choices that loomed before me. Within two months I’d be unemployed for the first time in my life. I asked myself, “What am I going to do next, a rabbi who has no desire to serve another congregation?” Differences with my lay leaders about our community’s direction, a lack of intellectual stimulation with my work, disappointment in the commitment of many of those I’d committed to — these were just a few of the reasons I felt dissatisfied. And then I turned to the more emotional and frightening question: Should I get a divorce from a woman I still care about? These two questions reverberated inside my soul day and night, whether I was on a hike, river rafting, going for a drive or watching the sunset. I couldn’t shake them — nor would I allow myself to. Was I about to enter a brave new world and free myself from the burdens of boredom and despair, or was I, like Ahab, a wounded man in midlife, pursuing the phantom of fulfillment that would either elude me or drive me to the ends of the earth — and, perhaps, self-destruction?

All I had were questions.

I found solace at a brew pub in nearby Parkdale. On many evenings I would sit on the back deck, drink beer, pet the dogs that roamed the grounds and watch the sun gradually sink behind Mount Hood. Those were the only moments when I had contact with other human beings, and I became friendly with a local woman who had grown up in the area. She was newly divorced herself, and we spoke about her own doubts and fears prior to making the decision to end her marriage, about the challenges of throwing in the towel and starting again from scratch.

The woman’s parents lived about half an hour east, on a small farm on the outskirts of The Dalles, and they were horse trainers by trade. She invited me to join her on a sunset ride the next afternoon, and I readily accepted. When I arrived at the farm, her father, grizzled and polite, was already saddling up the horses. Her mother asked me questions about living in New York, and confessed that she had never traveled outside Oregon. Their marriage seemed warm and solid; they’d been partners, both personally and professionally, for a very long time. It made me think about how my own marriage was on its last legs. As we rode our horses over brown hills and brush, and as deer and pheasants darted out of our path, I wondered why a comfortable partnership wasn’t enough for me. What was I seeking with such restlessness, and why?

Yet again, all I had were questions.

After almost two weeks away, I’d resolved nothing about the decisions that I knew awaited me back home but could no longer be pushed aside. What were my options? I could brood alone in the cabin, numb myself with booze or get outside and at least feel like I was part of a larger reality beyond my inner turmoil. On the morning before my return flight, I drove over the Bridge of the Gods, crossed the border into Washington and entered Gifford Pinchot National Forest, a wilderness area in the heart of the volcanic Cascade mountain range. I decided to hike up Sawtooth Trail, a former section of the famous Pacific Crest Trail that stretches to Canada from Mexico.

The arduous trail climbed up to the 5,400-foot summit in virtually a straight shot, and I was dripping with sweat 90 minutes later, when I finally broke through the tree line and reached the exposed but level ridge at the top of Sawtooth Mountain. The setting was spectacular. Wind howled over the summit; craggy boulders crammed the peak; any misstep would lead to a sheer fall of thousands of feet. From that uneasy perch, there was a 360-degree view of Mount St. Helens to the west, Mount Rainier to the north and Mount Hood to the south. While I couldn’t actually make it out, I sensed the Pacific Ocean as its waves muscled inexorably into the rugged coastline on one side of me; on the other, great rolling plains unraveled east as far as my eyes could see. I was just a speck, a bag of bones surrounded by an unfathomable enormity.

I began to cry. I’d never felt so starkly alive yet so profoundly lost at the same time. “What am I supposed to do?” I asked aloud. “What happens now?”

The reply to my query was silence. That was the gospel of the mountain.

The gospel of Sawtooth is the gospel of Sinai — silence, mystery, ineffability. While a human being, Moses, conveyed to our ancestors what has been interpreted by some as the literal will of God, the nature of that God remains as elusive as ever. Even the name of the biblical God, YHWH, is unpronounceable, and it raises more questions than it answers: Does God have a personality? Does God “speak” to us? Or is it our own response to the divine reality that leads to the disclosure of life-altering truths?

Questions such as these have preoccupied my mind (and transformed my life) in recent years, both as a rabbi and as a man.

What have intrigued me most about the Hebrew Bible specifically are not its dramatic stories, colorful characters or moral lessons, but its questions. These many and varie d questions are profound, pedagogic, rhetorical, challenging, at times even painful. Some of them are famous and some infamous; some have elevated souls, and others have humbled them. Many of these questions are voiced by biblical figures, while others are attributed to God, either through intermediaries or directly. At their core, almost all these questions are as relevant and compelling today as they were in antiquity.

As I have strived to navigate through the trials and transitions of midlife — I did ultimately leave the synagogue and get a divorce — a number of biblical questions have granted me a paradoxical sense of security, an invisible yet palpable feeling of comfort and community. They’ve shown me that, in all my perplexity, I am far from alone.

The Hebrew Bible is neither a philosophical treatise nor, in my view, a roadmap for redemption. It is instead a complex, existential expression of uncertainty and confusion, of yearning and hope, of wonderment, suffering and joy. The Bible, and the timeless questions interwoven in it, is a testament to, and a portrait of, the valleys and peaks of the human condition. It doesn’t offer us rigid answers; it graces us with fellowship.

In “The Divine Comedy,” Dante finds enlightenment only after he, having become disoriented, enters a dark forest. Similarly, the skin on the face of Moses becomes “radiant” only after he enters the thick, smoky cloud that covers Mount Sinai at the moment of divine revelation. The message to us seems clear: It is in the heart of unknowing, the “thick darkness” where the lack of clarity fuels a hunger for answers, that we mature, evolve and ultimately discover our true path. Viewed in this way, perplexity is as much a gift as it is a source of discomfort, a conduit toward inner advancement as well as a crucible through which our minds and souls are pushed to their breaking points.

This hard-won wisdom has helped me immensely at a time in my life when I have often felt like a lost soul, when I have regularly wondered whether or not I was making the correct decisions. While I still struggle, I have learned to embrace my uncertainty.

Niles Elliot Goldstein is the founding rabbi emeritus of The New Shul and the award-winning author or editor of nine books, including “Gonzo Judaism: A Bold Path for Renewing an Ancient Faith” (St. Martin’s Press, 2006).