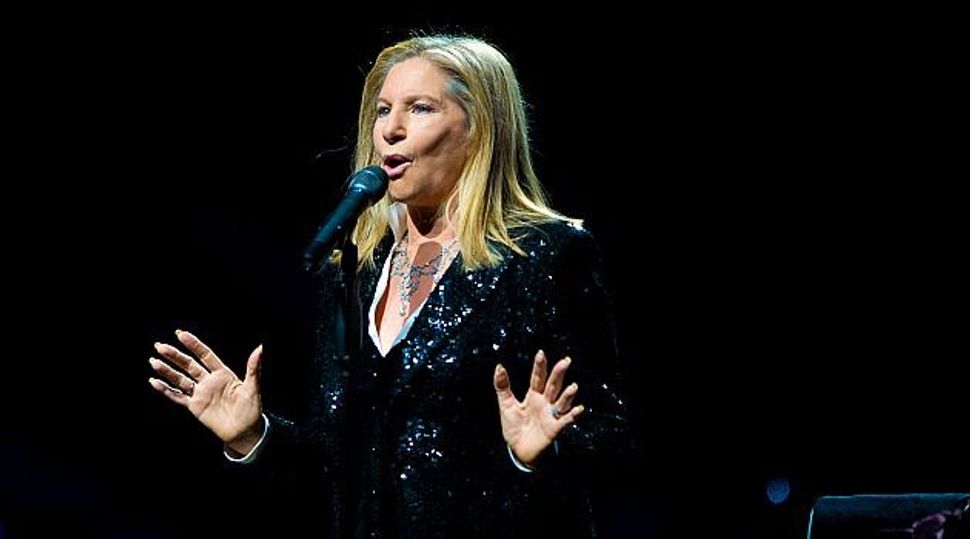 Brooklyn?s Own: Singer Barbra Streisand made a triumphant return to the borough of her birth, marking her first ever major concert there. Image by getty images

Blending photo montages with at times a thick accent and a singing voice still soaring at the age of 70, Barbra Streisand performed on Thursday in her first big concert where it all began – her birthplace of Brooklyn, New York.

In the second show of her “Back to Brooklyn” tour, Streisand performed for nearly three hours at a new 19,000-seat arena, kicking off the concert with the words “I’ve come home at last!” from the show tune “As If We Never Said Goodbye” from “Sunset Boulevard”.

Accompanied by more than 50 orchestra players, she connected with fans through references to Brooklyn and her Jewish background, talking about the borough’s docks and knishes. She recalled that the last time she sang in Brooklyn she was 8 years old and it was “on somebody’s stoop”.

“I left Brooklyn to pursue my dreams, but Brooklyn never quite left me,” she told the crowd sprinkled with stars such as actor Michael Douglas and musician Sting. “I am so glad I was born and raised here.”

She sang a series of songs by Brooklyn-born composers Alan and Marilyn Bergman including “Nice ‘n’ Easy” and a love song from her 1983 film “Yentl”, called “The Way He Makes Me Feel”.

She paid tribute to collaborators such as Donna Summer with a short, snappy version of their 1979 duet “No More Tears (Enough is Enough)” and composer Jule Styne with a medley of songs from the musical “Gypsy”, and later “People” from the musical “Funny Girl”.

In a tribute to another collaborator, Marvin Hamlisch, who died in August, she sang “The Way We Were”, with his original orchestration, and then “Through the Eyes of Love”, which he wrote for the film “Ice Castles”.

“He could always make me laugh, which is not an easy thing to do,” she said of Hamlisch.

Other hits included Rodgers and Hart’s “My Funny Valentine” accompanied by Botti, “Evergreen” and “Lost Inside of You”.

Toward the end of the concert she asked the crowd to take seriously the environment, the upcoming U.S. election and to “appreciate the moment”.

She recalled not singing for 27 years after suffering stage fright during a 1967 concert in Central Park, before discarding rumors she would be quitting her career after this tour.

“If I learned anything, it’s to say ‘Never say never’ and it ain’t over ‘til the fat lady sings – and I ain’t fat,” she said, before finishing the concert with two encores ending with “Happy Days Are Here Again”.