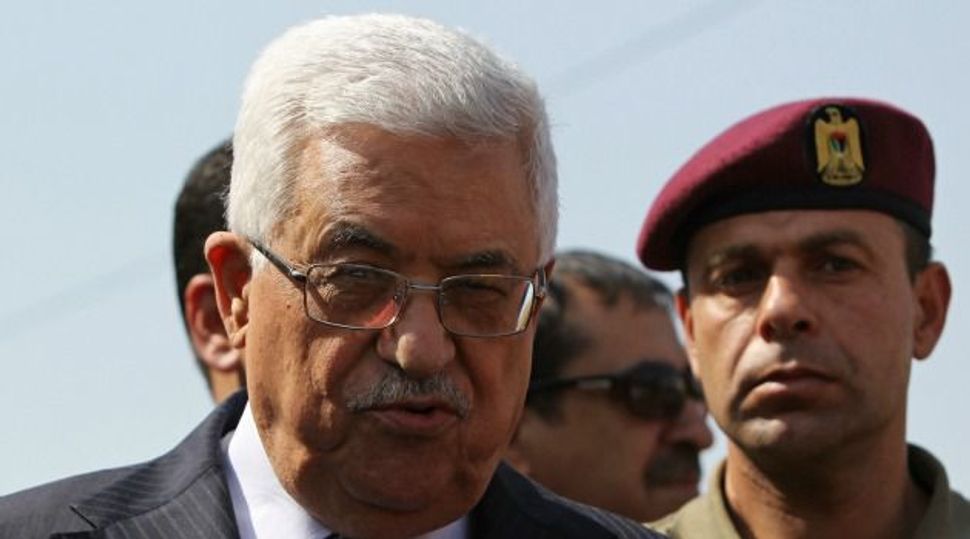 Palestinians have launched a diplomatic blitz aimed at garnering a strong majority for a vote granting them non-member statehood at the United Nations slated for next month, officials said on Tuesday.

Despite heading for a sure victory in the U.N General Assembly, mostly consisting of post-colonial states historically sympathetic to the Palestinians, West Bank diplomats are courting European countries to further burnish their campaign.

“From the E.U. we will have a minimum of 12 votes and maybe up to 15, as some are not yet decided,” Wasel Abu Yousef, a member of the Palestine Liberation Organization, told Reuters. There are 27 nations within the European Union.

Palestinian officials say that they can count on around 115 ‘yes’ votes, mostly from Arab, African, Latin American, and Asian states, and expect around 22 no-votes, led by the United States, and 56 abstentions in the 193-member organisation.

Frustrated in their request for full statehood last year amid U.S. opposition at the United Nations Security Council, Palestinians have launched a watered-down bid for recognition as an “observer state” – the same status given to the Vatican.

Senior Palestinian officials have fanned out around the globe to press their case, including a meeting in Paris with French President Francois Hollande at the weekend.

Speaking on condition of anonymity due to the sensitivity of the talks, a Palestinian official said they hoped to flip a possible French abstention into a yes-vote, while other waiverers might also switch position nearer the date.

Israel and the United States have sharply criticised the Palestinian initiative, arguing that such unilateral moves are in violation of the 1993 Oslo accords, which were intended to pave the way to a “final status agreement” within five years.

While Israel expects to lose the forthcoming vote, it is anxious to see leading Western democracies vote against, or at worst abstain. Israeli Prime Minister Benjamin Netanyahu also met Hollande on Tuesday and was expected to raise the issue.

In Europe, the Netherlands, Czech Republic and Georgia were among 5 nations that looked set to vote ‘no’, the Palestinian official said.

Palestinians see the upgrade as international recognition of the lines predating the 1967 Arab-Israeli war. They say this will then be the reference point in future peace talks.

President Mahmoud Abbas has pledged to restart the talks, stalled since 2010 over settlement construction in the West Bank and East Jerusalem, “straightaway”, inferring he would drop a Palestinian precondition for a halt to the building work.

Saeb Erekat wrote of contingencies including U.S. divestment from U.N. agencies and withdrawal of financial aid as well as the withholding by Israel of $100 million in monthly customs payments that the Palestinian Authority needs to remain afloat.

The U.S. could “freeze all or some of the funding for the Palestinian National Authority … put pressure on other governments to discourage them from providing support and/or reduce their aid to Palestine,” he warned.

Since last year’s campaign, the U.S. has withheld $192 million in economic assistance to the broke, aid-dependent Palestinian Authority and stopped funding the U.N. cultural body UNESCO after it admitted Palestine as a member.

The vote is set to be called on Nov. 15 or 29. Palestinian sources said the first date was more likely because it was closer to U.S. presidential elections on Nov. 6, giving Washington less time to organise a lobbying campaign.