John Kerry Would Be Popular Choice for State 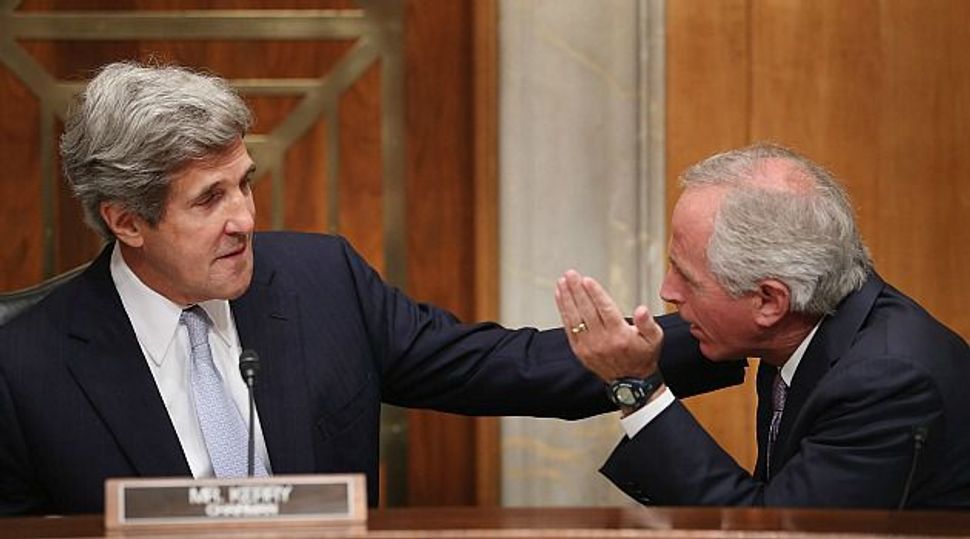 But Kerry is regarded just as highly by many Jewish leaders and Israel supporters as Rice.

Kerry, who was the Democratic candidate for president in 2004, has a long history of relations with the Jewish community both as a leader on foreign policy issues and as a Massachusetts senator.

With controversy swirling around Rice over her involvement in the White House’s handling of the attack on diplomats in Benghazi, Obama may turn to Kerry as a compromise pick.

During the Democratic convention in September, Kerry delivered the key foreign policy address, in which he slammed Republican candidate Mitt Romney for his criticism of Obama’s policy toward Israel. ”

“When it comes to Israel, I’ll take the word of Israel’s prime minister over Mitt Romney any day,” Kerry said, citing the Israeli leader’s praise of Obama.

Kerry is also an independent thinker on foreign policy, and at times he has raised some eyebrows in the pro-Israel community. In 2009, Kerry was among the few American politicians to visit Gaza after the Israel’s Cast Lead operation, although he placed blame for the outbreak of violence squarely on Hamas. Kerry also made efforts to promote an Israeli-Syrian peace deal, and visited the now-embattled Syrian leader Bashar al-Assad in Damascus several times. According to leaked cables on WikiLeaks, Kerry viewed Assad at the time as a leader capable of reforming. He said that a peace deal should include Israeli withdrawal from the Golan Heights.

Still, for most supporters of Israel, Kerry is viewed as one of the few Washington politicians who has a deep understanding of the region. That experience is coupled with his impeccable voting record on issues relating to Israel.

“His track record is second to none,” said Joel Rubin, director of policy and government affairs for the Ploughshares Fund. He noted Kerry’s key role in leading the Senate approval of the Strategic Arms Reduction Treaty and in promoting sanctions against Iran. “He is a global leader,” Rubin said.

Nathan Guttman can be reached at [email protected]

John Kerry Would Be Popular Choice for State