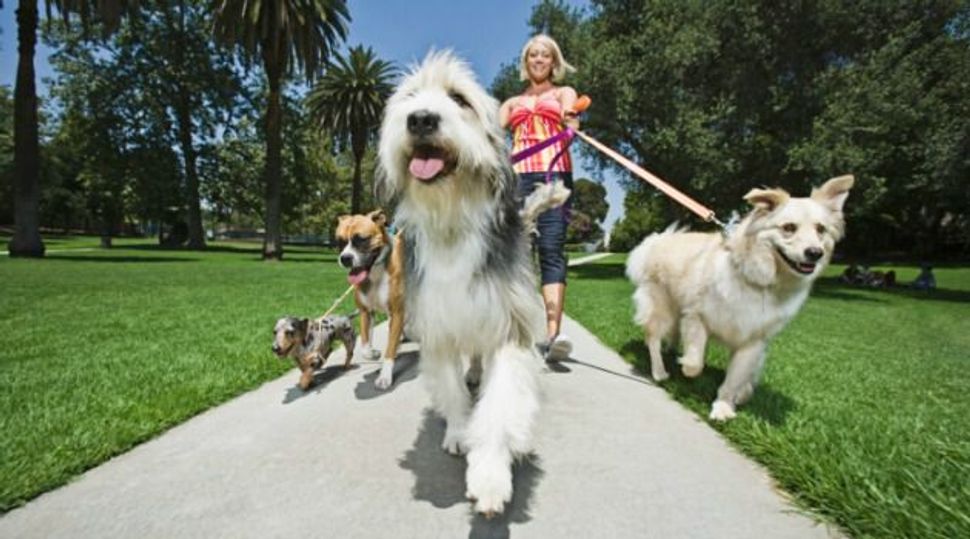 Customers of a dog-walking company in New York City need no longer wonder whether or not their pet stopped for a bathroom break while out for its daily stroll – they now receive a text message each time their dog does the deed.

Swifto, which walks dogs in the city’s boroughs of Manhattan and Brooklyn, introduced the service earlier in November based on customer feedback.

“We used to not have that feature, but everyone seems so interested in when their dog is going to the toilet we included that as well,” said Ceilidh McGrath, the company’s marketing director.

The company launched the service in February after creating a smartphone app which is installed on both the walker and the customer’s phone.

The app uses GPS technology to chart the walk’s progress on a map, which can be observed by the owner, and sends out text-message notifications when the walk begins and ends, including the walker’s summary of the walk’s highlights.

The walker can also press buttons to notify the owner each time their pet plays with another dog or stops for a bathroom break.

“It says, ‘Fluffy has just pooped,’” McGrath said. “Some people laugh at the idea,” she added, but other customers found the texts reassuring, she said.